The controversial predator will lose federal protection in the lower 48 states. 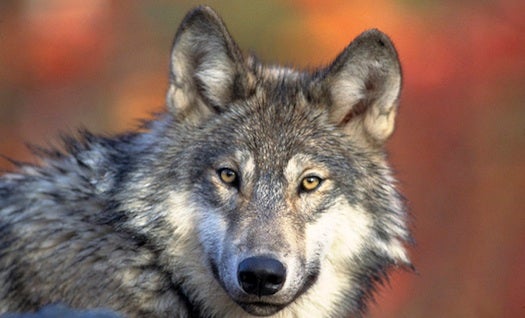 America’s gray wolves are moving off the endangered species list, the Los Angeles Times has revealed.

That means wolves are losing federal protections in the continental U.S. (There is an exception for Mexican wolves in Arizona and New Mexico, the Times reported.) Instead, states will decide to what extent they want to protect Canis lupus.

Scientists the Times talked with debated whether the move means wolf numbers have recovered or whether the Fish and Wildlife Service has bowed to pressure from hunters and ranchers, whose livestock wolves kill (though not in very big numbers). Check out the Times story for arguments from both sides, including a northern Rockies Fish and Wildlife Service wolf manager, although the service would not officially comment.

Gray wolves can live in a variety of habitats and were once widespread in the northern hemisphere. Their numbers in the U.S. plunged in the early 20th century, however, as cities and ranches spread west and the U.S. government offered bounties for hunted wolves. By the mid-1960s, wolves in the continental U.S. were limited only to remote parts of Minnesota and Michigan. In 1973, the U.S. placed the first wolves under the protection of the Endangered Species Act. In the 1990s, officials began reintroducing wolves to Yellowstone National Park and other places.

The Fish and Wildlife Service had planned to announce the delisting “in coming weeks” and could have finalized the decision within the year. The Los Angeles Times got a jump on the news by obtaining a draft document.