A Bridge to Somewhere 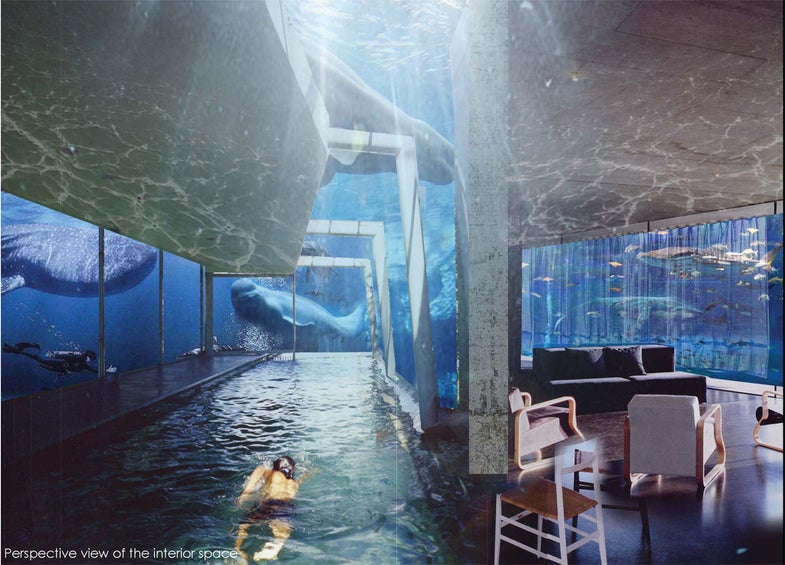 Hey, why not incorporate some hotel suites?. OFF
SHARE

The goal of the The Bering Strait Project‘s International Ideas Competition this summer was to design a bridge or tunnel to connect Alaska to Russia. The purpose of the whole experiment? To bring different cultures together and to increase access to natural resources (Drill, baby, drill?).

The results, despite the seemingly outdated detente-ish rationale, were pretty fantastic.

If you’ll recall, once upon a time a land bridge connected Asia to North America, which humans and other species used to cross over into the Americas. The Bering Strait is about 53 miles across, with a handful of islands dotting it. No small task for a bridge or tunnel, but it can’t stop an architect from dreaming.

OFF Architecture, based in Paris, designed a semi-transparent underwater tunnel for people with a bridge on the surface for cars and trains. The people who live and do environmental research in the tunnel/bridge/island would get power from turbines that capture ocean currents and keep warm with geothermal tech. The architects say that their design would help protect Arctic ice from melting because it would keep warm currents away, but I don’t know if that idea holds any water (ha!). There are probably some polar critters that need those warm currents.

PS: First prize ($55,000) went to these other dudes and their more practical enhanced archipelago. 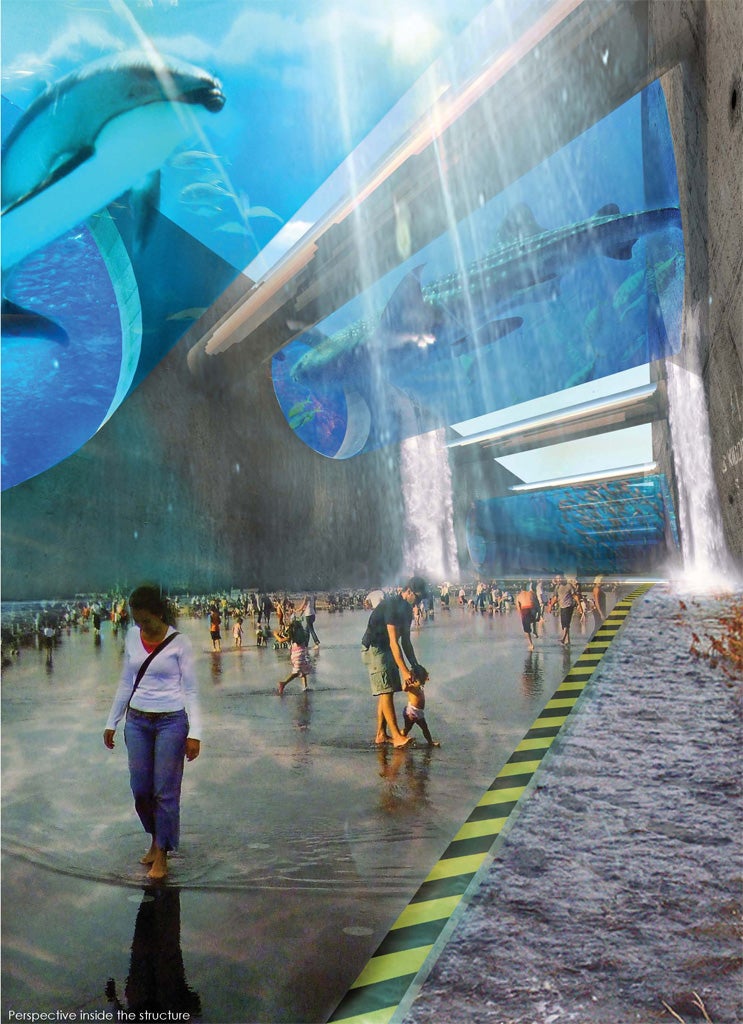 OFF Architecture designed a concept for a tunnel/bridge hybrid to cross the Bering Strait. 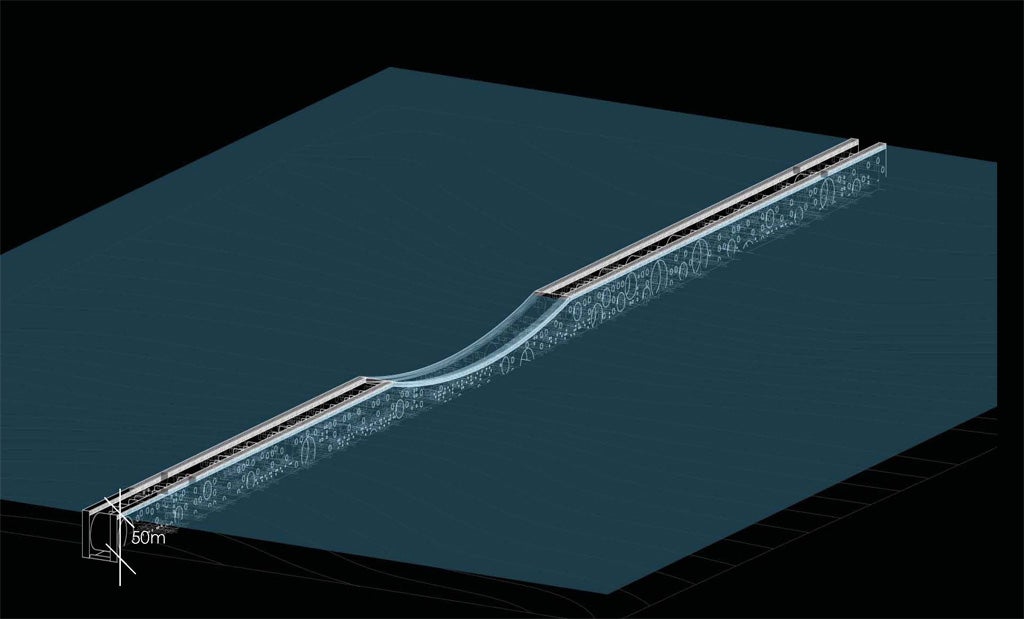 All the Way Down

The structure would extend all the way to the sea floor. The part above water would allow for car and train travel. 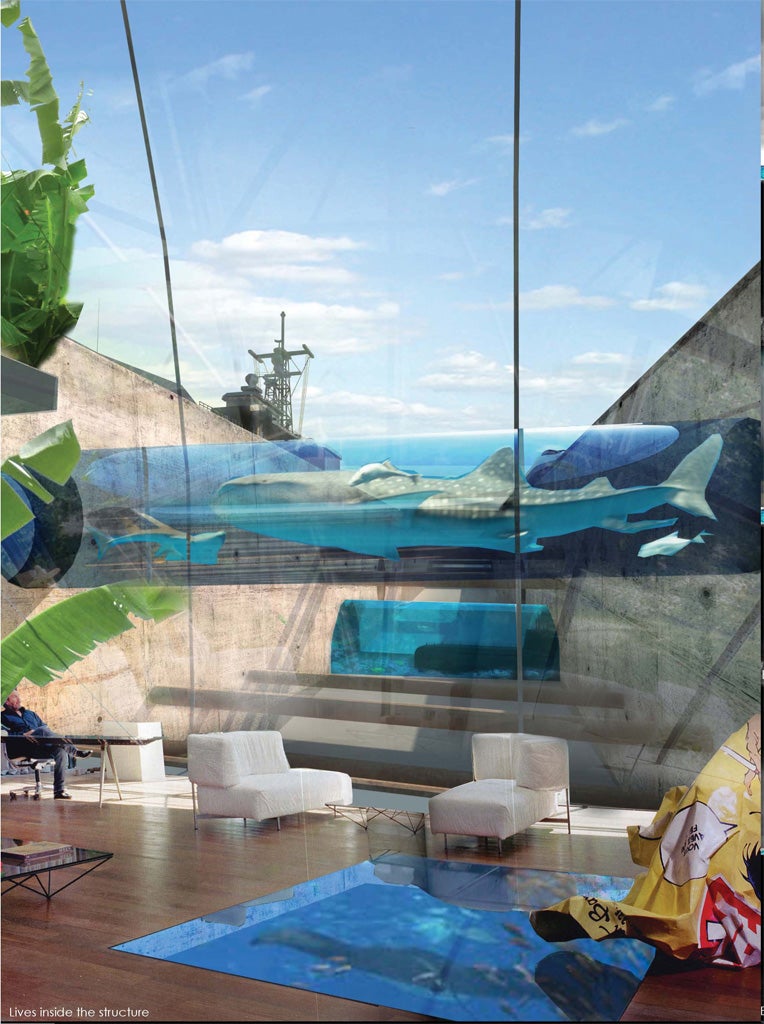 Wildlife would be able to migrate normally by passages designed in the structure. 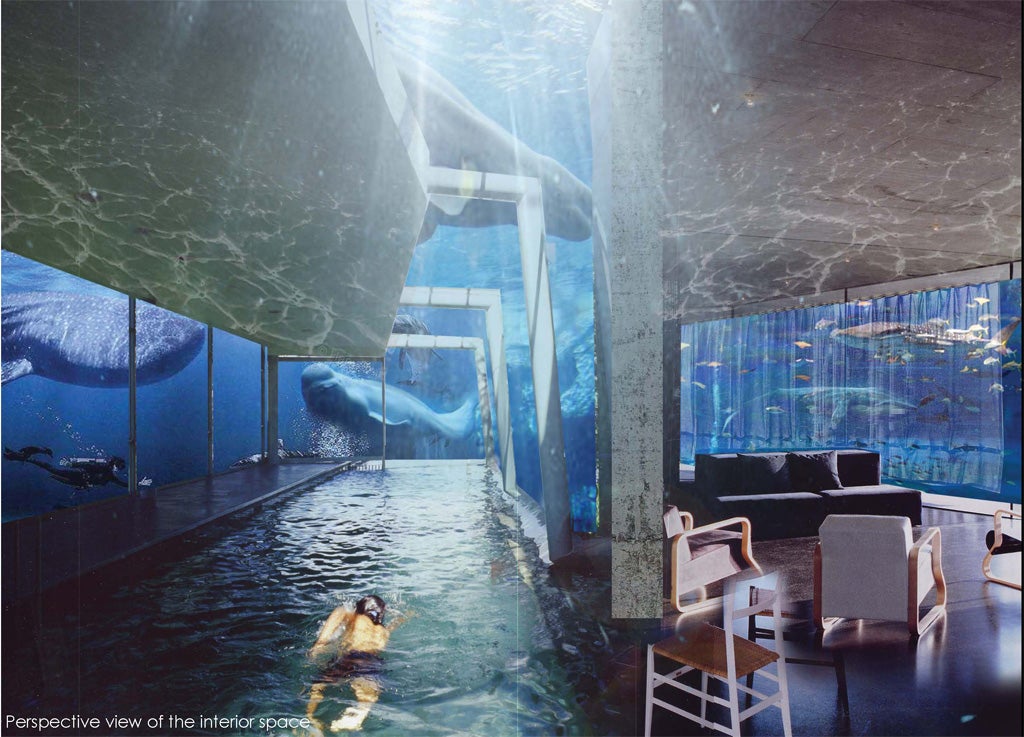 Hey, why not incorporate some hotel suites?
Arctic