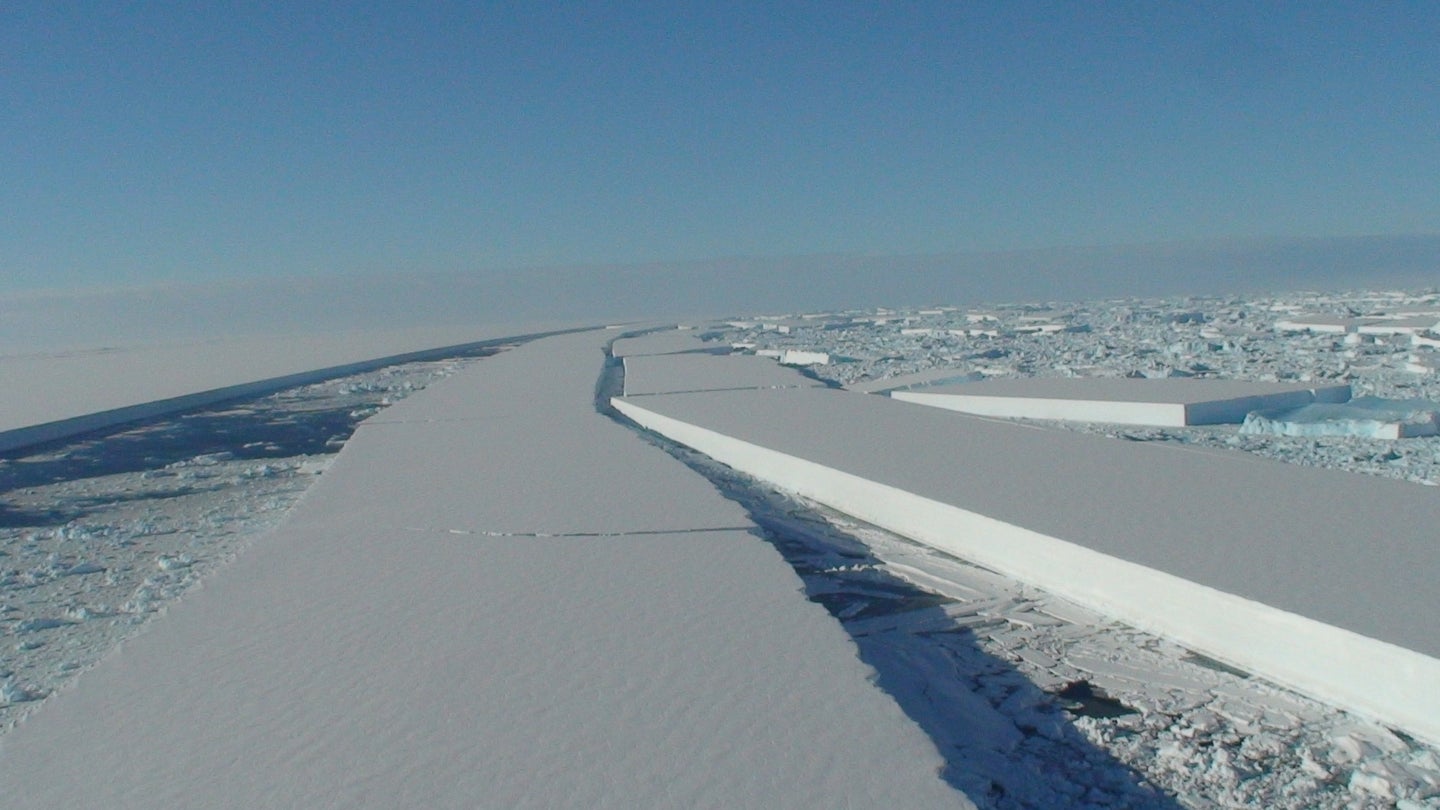 At 5,282 square miles the Wilkins Ice Shelf is one of the largest on the Antarctic Peninsula. It is also the latest casualty of global warming.

Satellite images released today by the British Antarctic Survey and the National Snow and Ice Data Center reveal a massive collapse over the past month—disintegration resulting in, most recently, a breakaway iceberg seven times the size of Manhattan. 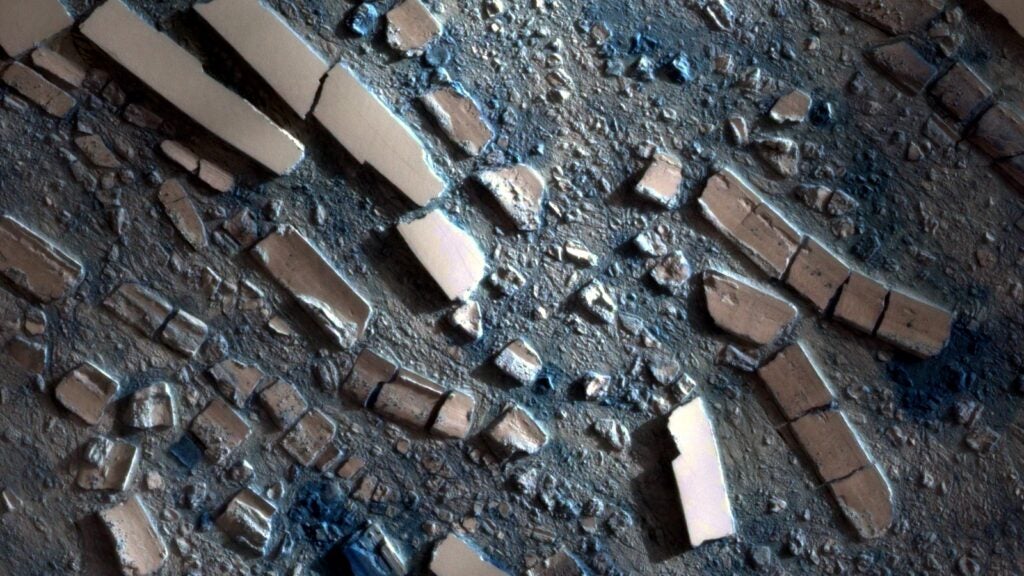 Now, the entire shelf is attached by a single strip of ice less than 4 miles wide. “The ice shelf is hanging by a thread,” said Professor David Vaughan of the BAS. “We’ll know in the next few days or weeks what its fate will be.” Over the last few decades the western Antarctic Peninsula has seen the biggest temperature change on Earth. It has also experienced an increasing number of major collapses as warmer temperatures and previously unexposed ocean waves erode its shelves. Wilkins, which scientists believe is at least a few hundred years old, is the largest yet to succumb, and likely a harbinger of more to come. 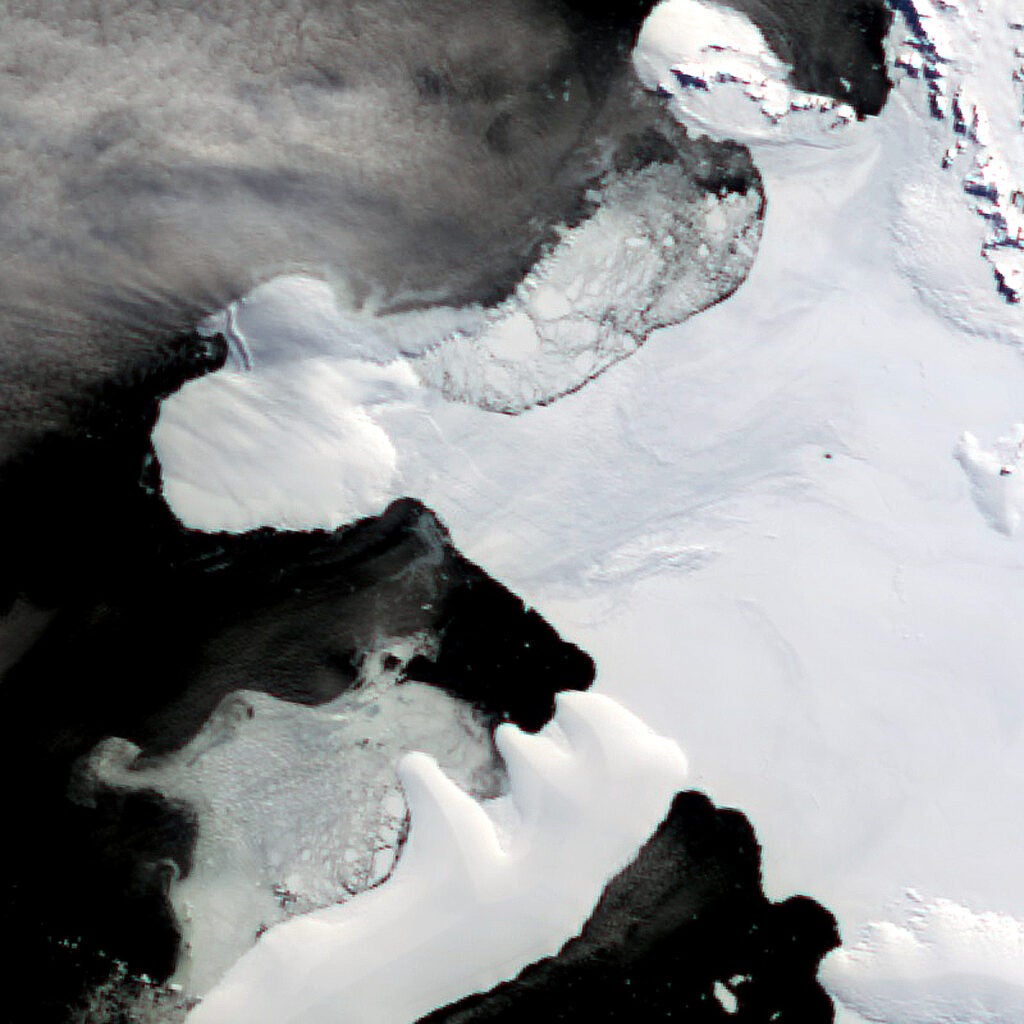 The Wilkins Ice Shelf began its collapse on February 28th when an iceberg larger than 25 square miles broke away from the shelf. 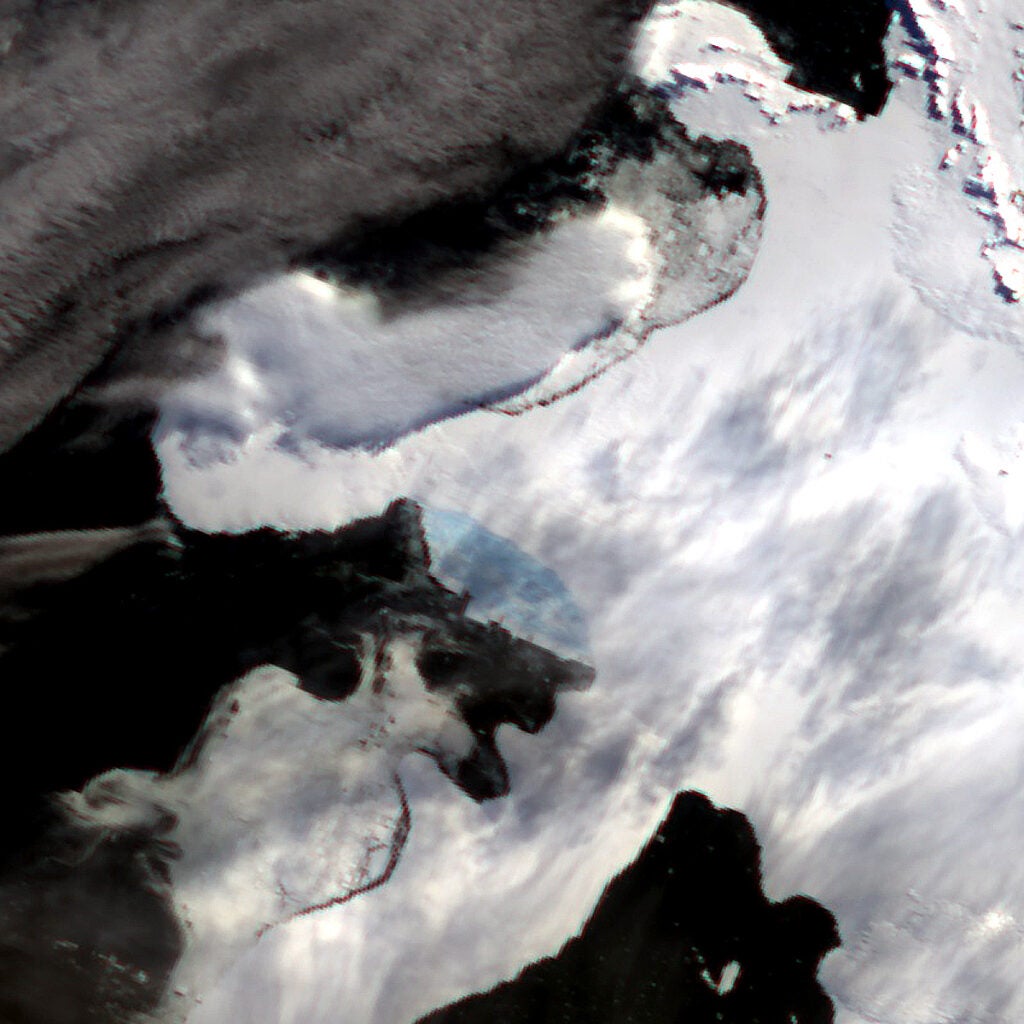 The blue area is glacial ice exposed as weakened chunks, triggered by the breakaway iceberg, began to fall. 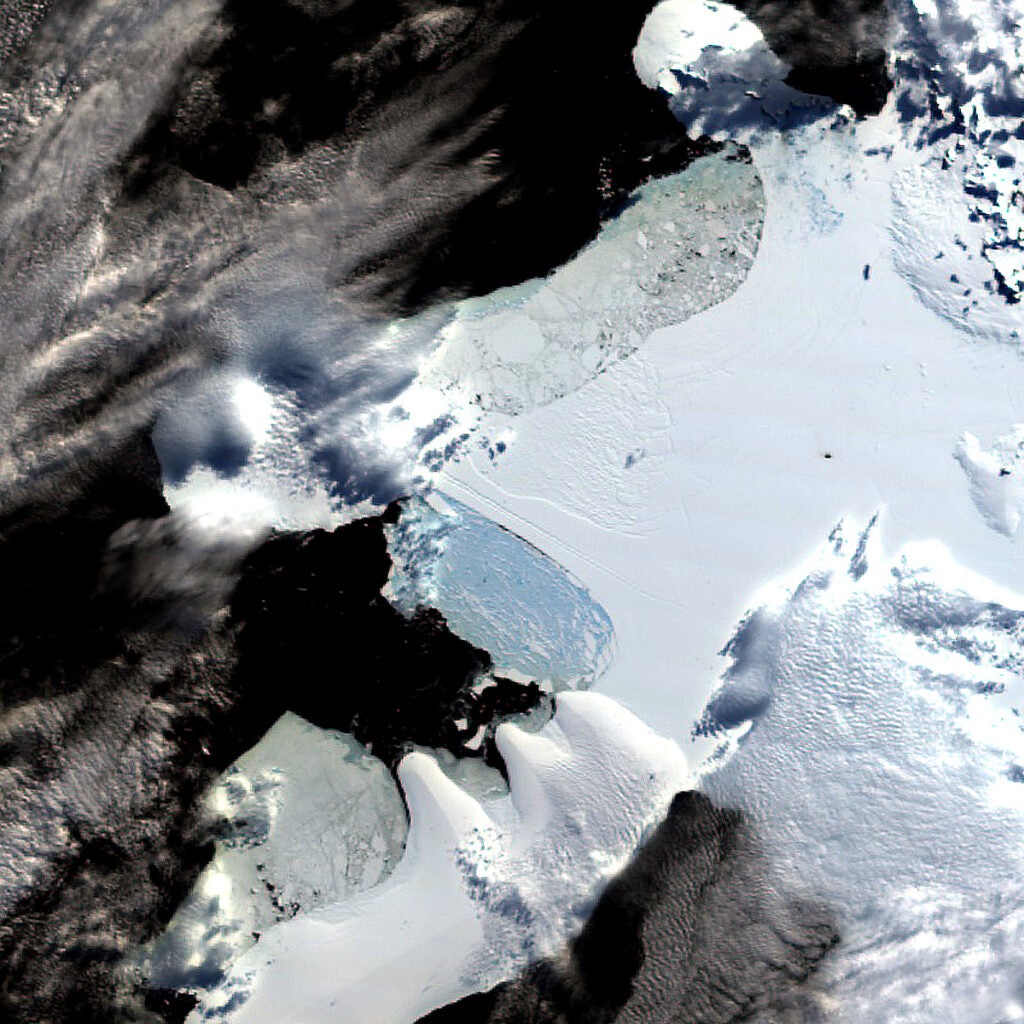 By March 6, the domino effect, which eventually caused 160 square miles of disintegration, was in full effect. 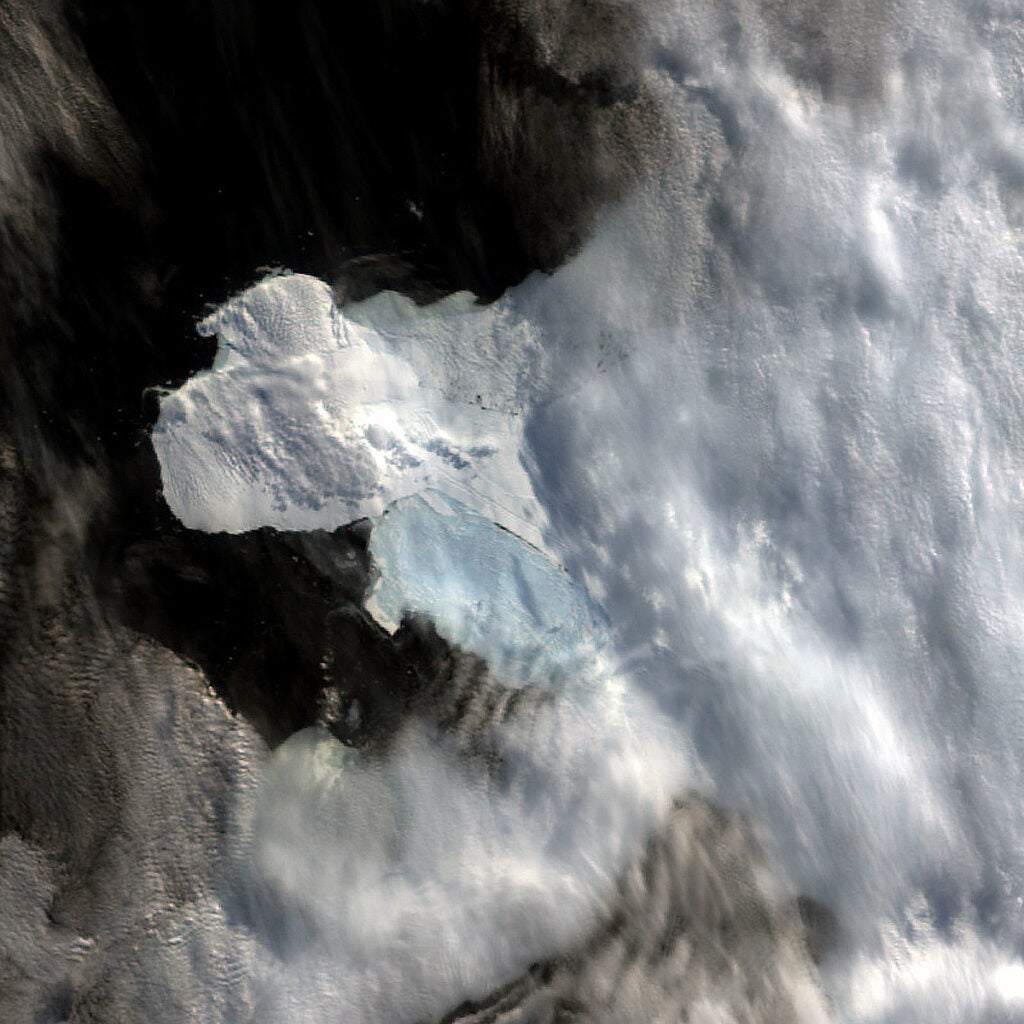 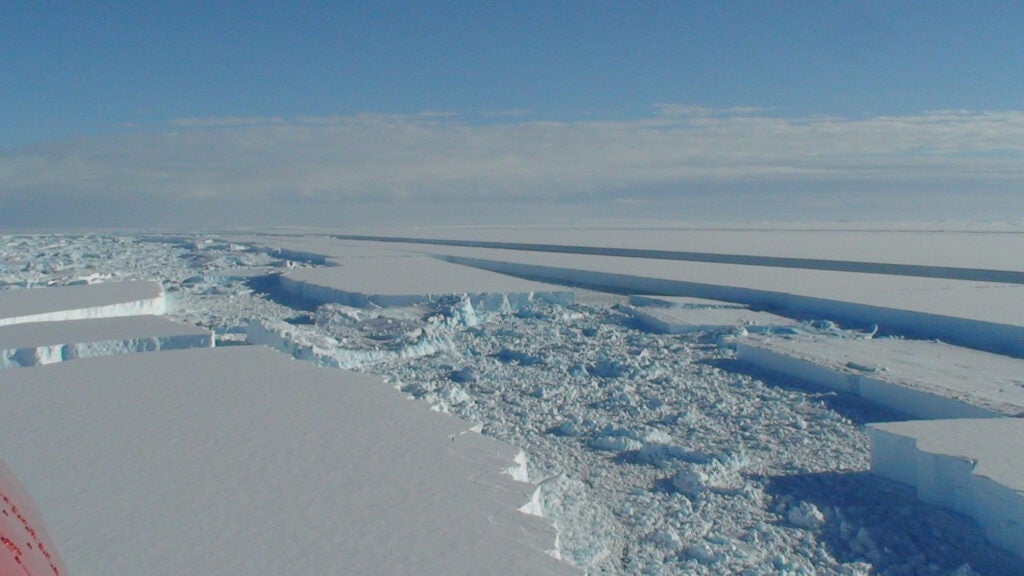 A flyover of the area by the BAS revealed the scale of the damage. Because summer is nearing its end, scientists don’t expect any further disintegration until next year.