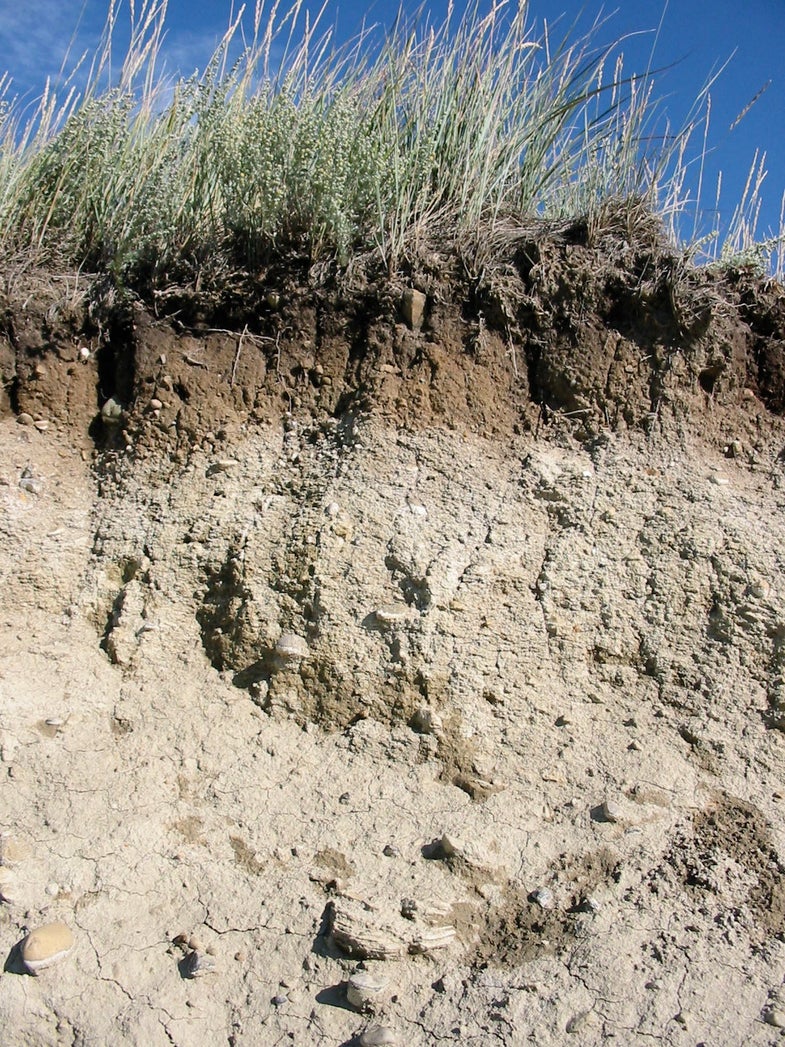 Getting carbon dioxide out of the atmosphere is just one step. After plants and trees pull CO2 out of the air, some of the surplus carbon is funneled down into the soil, where it can then re-enter the atmosphere or seep into groundwater. To trap this excess carbon, Newcastle University scientists are trying to design new kinds of soils that would transform the stuff into calcium carbonate, keeping it down in the ground.

The scientists think that man made or natural soils with calcium-bearing silicates could perform this Earth-friendly trick. To test their theory, they’re going to study both natural and artificial soils, and they’ll also grow plants in soil stocked with calcium silicates.

The idea of using soil as a carbon sink isn’t new, but the scientists say that this will be the first time any team has tried to design dirt with this purpose in mind. The first applications could be within 2-3 years.