Does Smoking Contribute to Global Warming?

Our experts tackle the answer to your burning questions 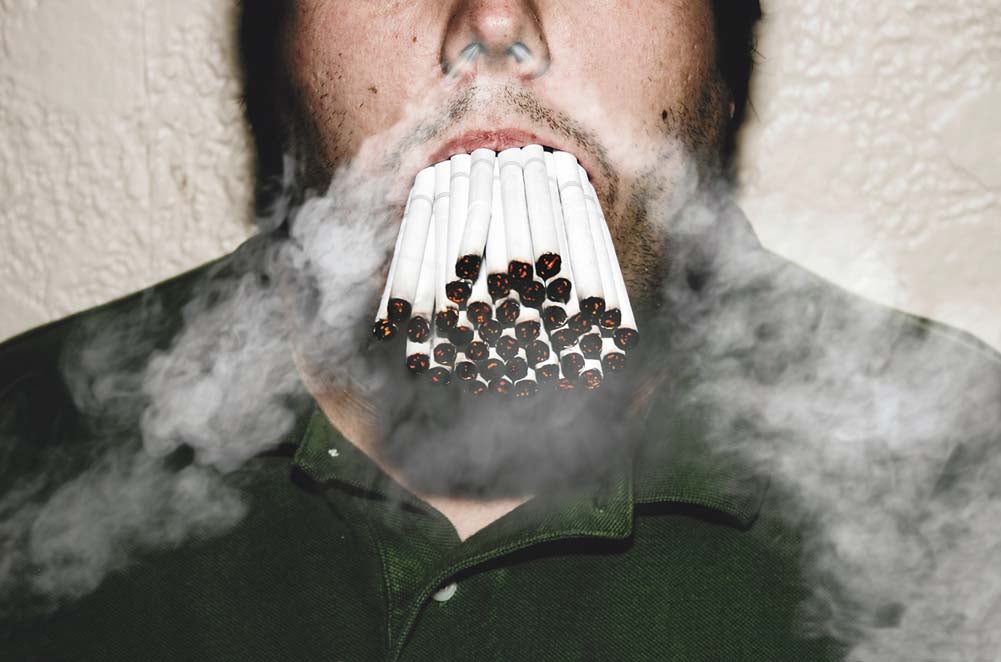 You may find this hard to believe if you’re standing near a swarm of chain smokers, but most scientists think the trace amounts of carbon dioxide and other pollutants in cigarette smoke have, at most, a negligible effect on the climate. “In fact,” theorizes John M. Wallace, a professor at the University of Washington’s climate-research department, “it might even counteract global warming by an equally minuscule amount, because the white particulate matter in smoke would reflect some of the sun’s energy, thereby minimizing heat.”

But the smoky end-product is not the entire story. Tobacco must be grown, and that process puts a serious hit on the environment. The plant itself is very demanding, absorbing six times as much potassium from the soil as most crops do. Farmers in some undeveloped nations grow tobacco until the soil is useless and then clear-cut forests for fresh land. In those areas, 600 million trees are felled and burned annually to dry and cure tobacco leaves. Additionally, four miles of paper an hour is used to wrap and package cigarettes. Setting aside the pollution generated from manufacturing cigarettes, just losing this many carbon-dioxide-absorbing trees leaves at least 22 million net tons of CO2 in the atmosphere, roughly equivalent to burning 2.8 billion gallons of gasoline.

The damage isn’t confined to the air, either. According to common estimates, tobacco companies produce 5.5 trillion cigarettes every year—approximately 900 for each person in the world. Of those, 4.5 trillion have nonbiodegradable filters that are tossed away, representing as many as one out of every five pieces of litter. Cigarette butts require months or even years to break down, releasing almost 600 chemicals into the soil.

So although most scientists believe that the act of smoking itself has a zero net effect on global warming, secondhand smoke appears to be a minor annoyance compared with the larger damage cigarettes do to the planet.

Send your questions to fyi@popsci.com.