You Call the Shots 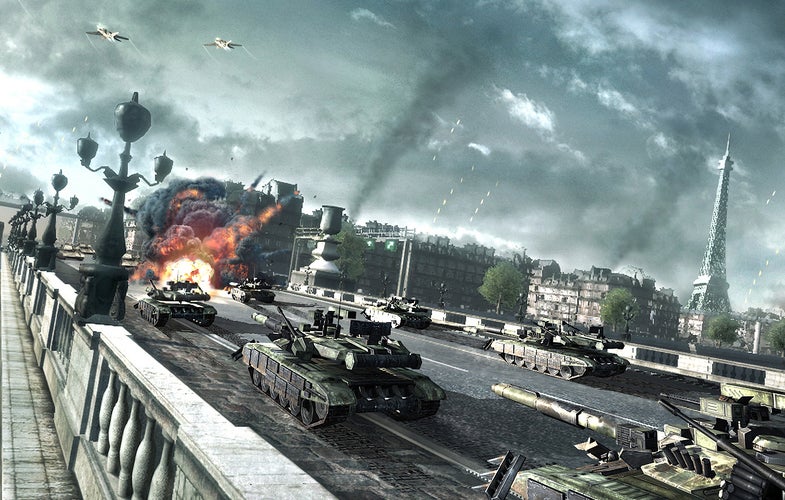 By Your Command: Move troops and artillery through the battlefield just by barking orders. Courtesy Ubisoft
SHARE

If you’re a PC game developer, the console market has to look pretty good right about now. In 2007, $910 million was spent on PC games versus $6.6 billion (with a “b”) for console titles. While most genres born on PCs have found success on consoles, strategy games have been left behind. It’s not easy taking a gaming style that relies on a full keyboard, pinpoint-accurate mouse clicks and a high-res monitor and making it work with comparatively sloppy thumb-based controls and TV set that may still be standard-res.

Recently, though, I’ve seen two breakthrough strategy games under development that have conquered the console conundrum. First up is Tom Clancy’s EndWar, due before year’s end, a real-time strategy game of warfare on a grand scale, with you as fun-loving commander of fearsome forces.

What makes it dramatically different is voice control. Fire up your Xbox 360 or PS3, slip on a headset and tell your troops where to go, who to attack, what to defend. When fighting World War III on multiple fronts across a battlefield that extends from the eastern US to Europe and on to Russia, I found that mouthing is a lot more effective than mousing, much less console-control clicking.

Giving orders is simple and intuitive. Each of your units–helicopters, tanks and transports–is identified by number, as are the bad guys arrayed against you. Key locations have military-style letter codes–Alpha, Bravo, Charlie, Delta. Say “Unit 1 attack hostile 4” and your tanks rumble off to crush an enemy transport. “Unit 2 move to Foxtrot” sends a helicopter to a tactically important map location.

The unit designations and map locations are clearly identified on-screen at all times–no memorization required. And the battle action is conveyed with suitably cinematic bombast and special effects. No hordes of tiny men trudging across a computer monitor for EndWar–this is firepower Jerry Bruckheimer would be proud to call his own. 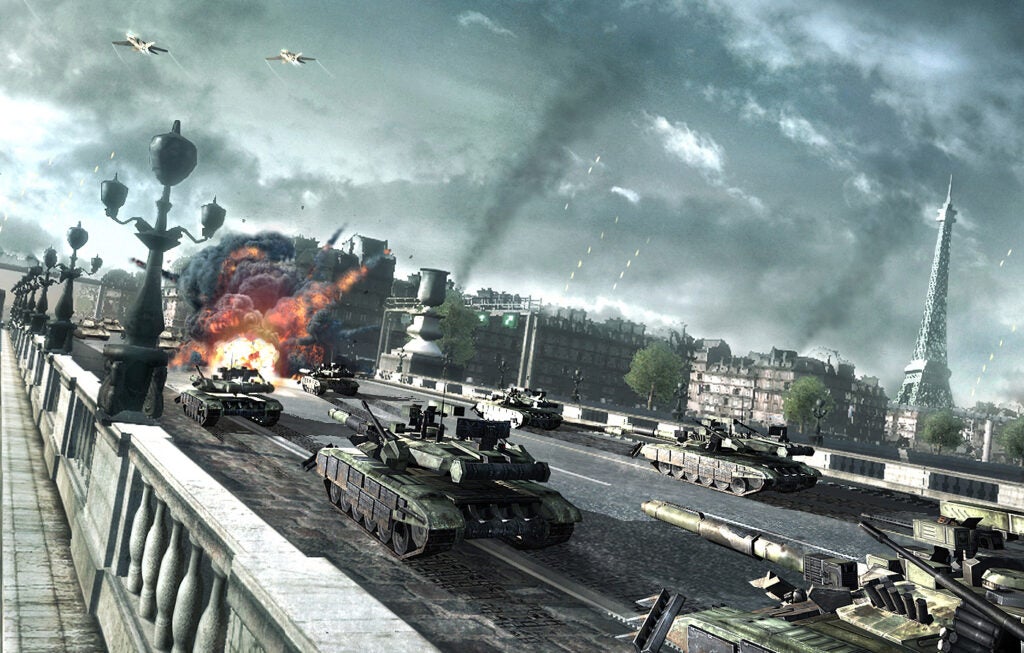 By Your Command: Move troops and artillery through the battlefield just by barking orders.

You can use a game controller to scroll around the battlefield map, but why do all that manual labor when you can just say “Unit 2 camera” and snap instantly to a birds-eye view of the relevant battlefield. Turns out, it takes only 40-50 words to string together commands complex enough to conquer the world. And as Julian Gerighty, editorial content director for Ubisoft’s Shanghai development studio explains, there’s no need to train the game to understand your voice. “We tested the game in China, Montreal, Romania and Europe to test a wide range of different accents, and we get 95% recognition.”

Learning the system starts out nice and easy. Commands appear on-screen as you say them, in a visual tree structure that displays your next verbal options. You begin with can’t-fail training missions that pit your superior forces against puny enemies, until the verbal commands flow trippingly on the tongue. Pretty soon you’re a master of war, undertaking Risk-like global conquest with spectacular screen-filling battlefield action, requiring less manual dexterity than you’d need to dispatch a single slavering hellspawn in a first-person shooter.

After dozens of war games where you slog through the trenches, at last we have the opportunity to go to war like the generals do–set the strategy, issue the orders, and let someone else take the shrapnel.