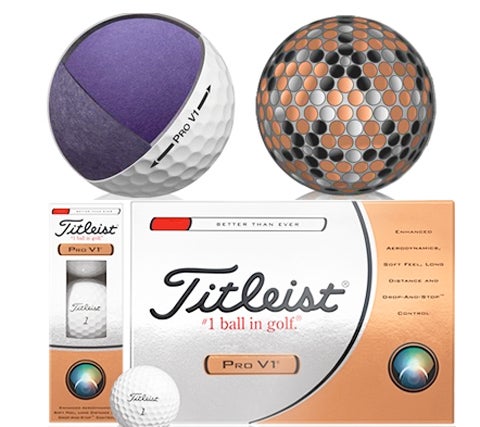 Apparently those high tech golf balls really are all the same. Or at least two of them according to a U.S. District court that ordered Titleist this month to stop selling its Pro V1 golf ball by 2009. The court claimed the balls were in violation of a Callaway Golf patent but has yet to rule on damages. And just how much cash could a measly golf ball have generated? According to the suit – more than $1 billion.

At the heart of the dispute is a multilayer solid core technology with urethane covers. The Pro V1 is a 1.53″ polybutadiene core with a .045 ionomer casing covered by a 0.03″ urethane elastomer with 392 dimples (icosahedral).While Titleist parent company Acushnet claims its design is based on 70 of their own patents, the court found that patents acquired by Callaway in a purchase of Spalding put the Pro V1 in violation.

Acushnet has filed and appeal but in the meantime, they’ve actually launched an alternate design in September that avoids the relevant patents.

The balls were originally launched in 2000 and Callaway sued in June of 2007. According to the Titleist Web site the Pro V1 is the number one ball in golf and used by many of the best professional golfers.