Pumping Up With Nitrogen

How much does what's in your tires affect mileage? 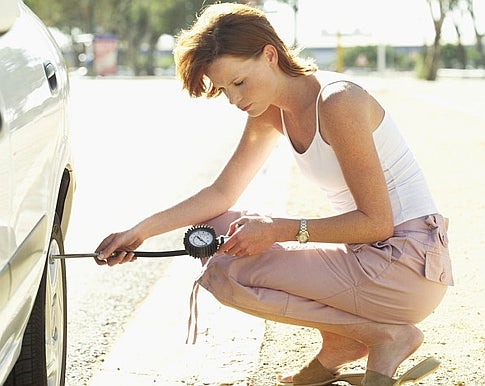 Dear EarthTalk: Is using nitrogen to inflate my car’s tires really better for the environment than using air? And if so, how? — Roger Mawdsley, Abbotsville, BC

Whether or not it makes environmental sense to inflate car tires with nitrogen instead of air is a matter of debate. Proponents of nitrogen say the element is a smart choice for the environment primarily because it leaks from tires at a slower rate than air, so tires stay inflated longer at full capacity, which helps a vehicle attain maximum fuel efficiency. According to the Get Nitrogen Institute, a Denver-based non-profit which advocates for replacing the air in our tires with nitrogen, under-inflated tires are a big contributor to global warming, as they cause cars to waste fuel.

Although auto experts recommend checking your car’s tire pressure weekly, studies show that the majority of drivers rarely if ever check to see if their tires are properly inflated, and usually only add air when a tire is visibly low or beginning to go flat. A recent study by the European division of tire maker Bridgestone found that 93.5 percent of cars in Europe have under-inflated tires, wasting some 2.14 billion gallons of high-priced, polluting fuel every year. Analysts believe that a similar percentage of North Americans are driving around on under-inflated tires as well.

While properly inflated tires certainly promote better fuel efficiency and are thus good for the environment, not everyone is convinced that filling tires with nitrogen instead of plain ol’ air makes a difference. Terry Jackson, who writes the influential “Driving for Dollars” column for Bankrate, points out that air is composed primarily of — you guessed it — nitrogen; some 78 percent of the regular air you put in your tires is nitrogen, with oxygen making up most of the remainder. “So going to pure nitrogen only squeezes out a small amount of the oxygen molecules that nitrogen proponents argue are so detrimental,” argues Jackson.

Nitrogen proponents may quibble that it’s the oxygen in the mix that causes problems, though, as oxidization can start to degrade the rubber inside tires while corroding the interior of the wheels as well. But Jackson counters that tires and wheels will have been long worn out on the outside before any oxygen-induced interior damage causes them to come apart. Also, he adds that a lot of the leakage from tires happens because the wheel and the tire do not line up perfectly, and air (or nitrogen) escapes accordingly.

Another factor, of course, is cost. Nitrogen-equipped service centers will fill up your tires with nitrogen for something like $10 per tire, which is a far cry from the couple of quarters (if even that) it takes to trigger the air machine at your local gas station. “When it comes down to a dollar decision, it’s hard to argue that spending as much as $40 for nitrogen in a set of tires is a good fiscal move,” writes Jackson.

“Save your money and just keep an eye on your tire pressures,” he concludes.