Weight-Loss Regimens May Soon Be Tailored To Your Genes

Forget that ineffective New Year’s diet you were planning 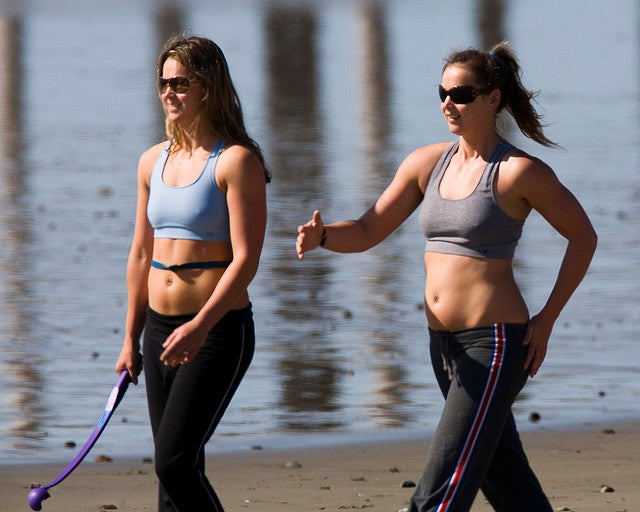 More than two thirds of the U.S. population qualifies as obese, a fact that has caused serious alarm among doctors and public health officials. Even people who successfully lose weight with diet, exercise, or medication only have a five-percent chance of keeping it off in the long term. But people looking to lose weight may soon be given regimens tailored to their unique genetic makeup, according to a study by an NIH working group published in the January 2016 issue of Obesity. The report authors are calling it precision weight loss.

Over the past few years, researchers have been decrypting the link between genes and obesity. There’s not just one obesity gene. A mutation in one gene makes energy from food more likely to be stored as fat instead of burned; another affects the levels of the hormone leptin, which could make a person more likely to overeat.

Understanding those genes, combined with technologies that allow for constant monitoring of disease and nutrition, may make cookie-cutter diets a thing of the past. Patients could submit a cheek swab or saliva sample to a lab that sequences their DNA. The lab would feed the patient’s DNA, along with levels of activity, stress, and diet, gathered by FitBit-like sensors, into an algorithm. The program would then spit out recommendations for how patients can best reach their target weight. Though the report isn’t specific on what exactly those recommendations would look like (and how they would differ from typical diet-and-exercise regimens uninformed by a patient’s genetic makeup), a recent experiment found that patients who learned about their obesity-related mutations lost more weight in the course of a month than did those who just received advice. By shifting the cause of a patient’s obesity to something out of her control—like her genes—she may feel more empowered and motivated to stick to a weight loss regimen.

The researchers anticipate that, with more efforts to crunch data and develop these algorithms, genetically tailored diets could be available within five years, according to a press release from the University of Texas at Austin.

Genes, however, are one of several factors that influence obesity. Epigenetics, genetic changes that result from a person’s environment, and the microbiome, the complex colonies of bacteria that live in and on our bodies, both play big roles in how an individual gains or loses weight, roles that scientists are only now starting to understand. And while diets informed by genetic mutations may make it easier for patients to lose weight and keep it off, they likely won’t be able to incorporate the many complex mechanisms that affect obesity.