The X-Files creator reveals details about the upcoming miniseries 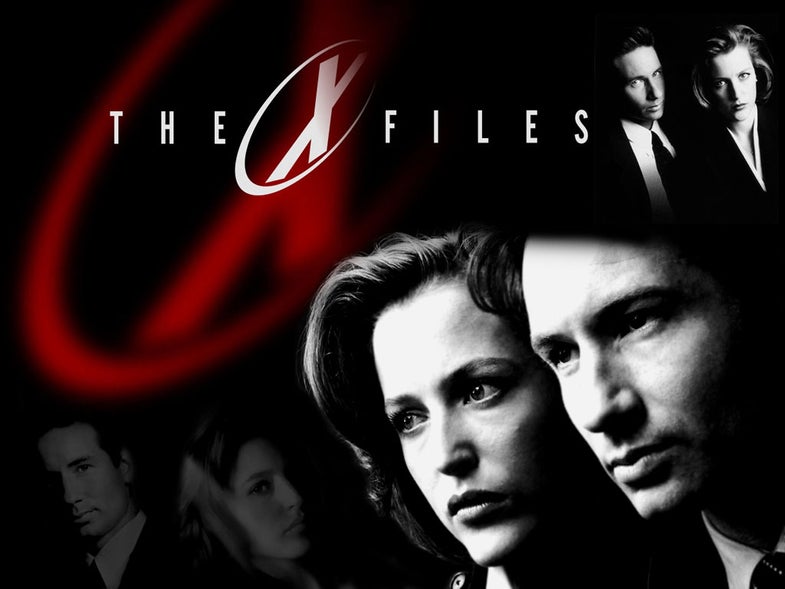 We’re a little more than a week away from the return of The X-Files, a six-episode miniseries that reunites Fox Mulder and Dana Scully in their quest to unearth government conspiracies and all things paranormal.

At a Television Critics Association panel Friday morning, David Duchovny, Gillian Anderson, Chris Carter, and Joel McHale, a newcomer to the series, appeared on a panel to discuss the reboot and spill the beans (in as spoiler-free a way as possible) on what to look for when the show airs on Sunday, January 24th.

Carter wrote the script for a third X-Files movie

After the 2008 sequel to Fight the Future (1998) completely flopped, it seemed like the end of all things Mulder-Scully related. But according to Carter, he finished a script for a third X-Files flick, then abandoned the project when the show was greenlit for the upcoming miniseries. It’s unclear whether filming for the third movie will ever begin, or if the project is dead.

The original plan was to air eight episodes, but then Fox scaled back

Carter initially planned to air eight episodes, but then the network let some air out of that idea and settled on six episodes. Fox hasn’t said whether it’ll want more, so for the moment, count on just the six.

But really, eight was sort of ambitious.

The first episode gets to the heart of the original show, but then the reboot shifts and becomes more of a vehicle for monster-of-the-week tales. Which isn’t a bad thing! The series’ first season, which was arguably the best season, was very monster-oriented, and some of the best episodes have featured creatures that go bump (i.e. Jersey Devil, Tooms).

There will be a were-lizard

Or a wolf-lizard. Regardless, the panel revealed this episode will provide a bit of levity and comedy.