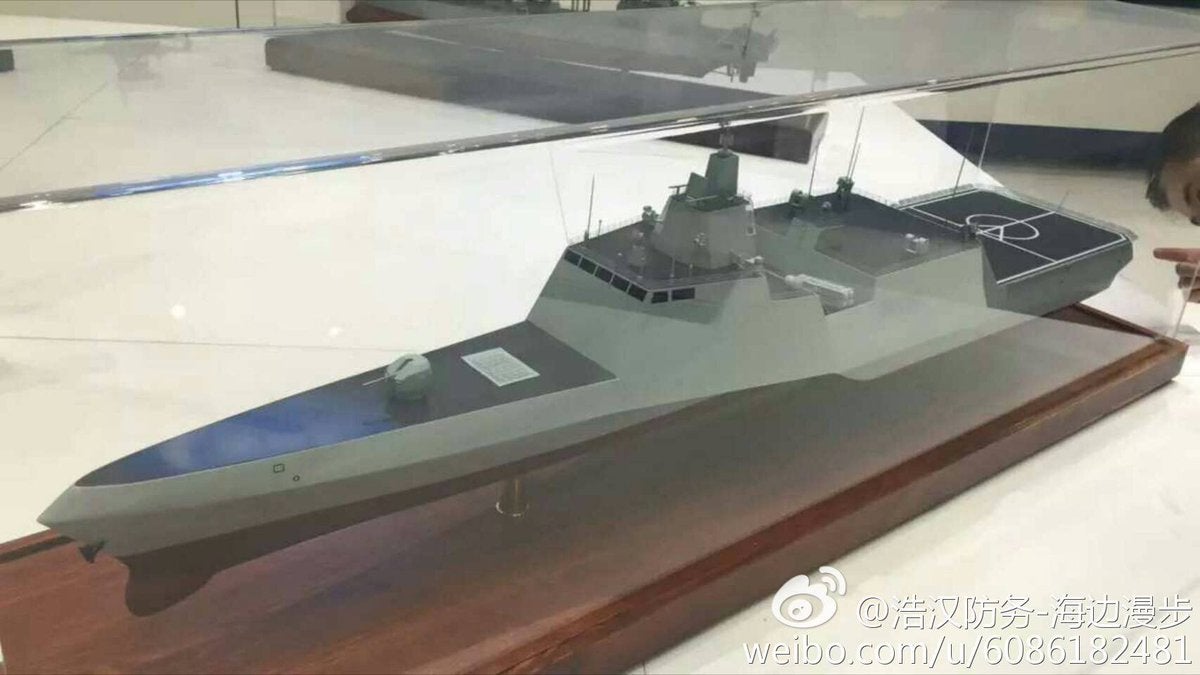 At the Dubai IDEX defense exposition, arms makers from around the world show off their latest wares. A notable debut at the recent 2017 show: a new, triple hulled Chinese warship design.

While showing off a model of the planned ship, China Shipbuilding Trading Company announced that it is aiming to start construction on a “trimaran” warship in 2018 for the People’s Liberation Army Navy (PLAN).

So what exactly are trimaran ships? The major distinction is they three hulls: one large, central one and two rearward smaller hulls connected by decks or girders. The design is used in the U.S. Navy’s new USS Independence subclass of the Littorial Combat Ship, and in fact the new Chinese ship looks very similar to that class.

The design means the ships have the advantage of a wider deck to operate more aircraft; this frigate design has a two-door hangar for helicopters and vertical take-off landing (VTOL) unmanned aircraft systems (UAS). Trimarans can also reach higher speeds, due to the reduced drag of having three hulls instead of a single wider one.

The Chinese trimaran frigate will be about 465 feet long, and has a beam of 105 feet and a weight of 2,450 tons. Interestingly, it may be the first Chinese warship to use an integrated electrical propulsion system (IEPS) to provide the power for driving its three pumpjets. It is unclear if the announced 2,450-ton displacement is full or light. 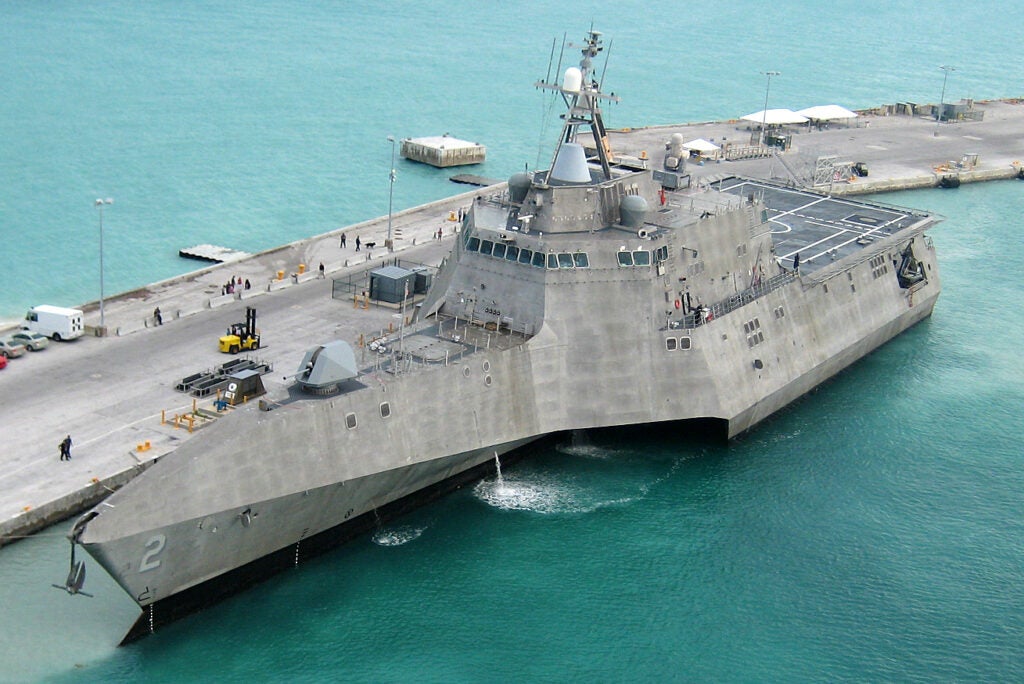 The USS Independence is faster than the Chinese trimaran frigate and has more facilities for special forces, but is less heavily armed.

If we’re comparing the vessel to the USS Independence subclass of the Littorial Combat Ship, the latter is designed as a high-speed platform, with a top speed estimated at 50 knots, which is faster than the Chinese trimaran frigate’s announced 30-35-knot top speed. The Chinese trimaran frigate is far more heavily armed for conventional warfare; the American ship mounts only a 57mm cannon plus provisions for anti-ship missiles while the Chinese ship boasts the capacity for a 76mm cannon, anti-ship missiles, and vertical-launching system cells for carrying anti-ship, land attack cruise and anti-air missiles.

That being said, the USS Independence offers the flexibility of changing out mission modules (such as between anti-submarine and mine countermeasure missions). This flexibility may be overstated, however, as both trimaran designs have wide decks for intensive helicopter operations, and the Chinese version also appears to have ample cargo spaces to embark maritime special forces and unmanned surface and underwater systems.

If built, the trimaran frigate would provide the PLAN with a high-speed, heavily armed warship for littoral operations in the East and South China Seas. It would likely serve as a complement to smaller Type 022 stealth missile boats and Type 056 corvettes; fast enough to keep up with them, and provide them with area air defense and helicopter coverage. Its space for special operations and aviation units also makes it a candidate for Chinese special operations in the littoral environment, and its speed makes it a good rapid-response unit to regional emergencies. Finally, its large carrying capacity could come into play as a heavily armed mothership and command center for Chinese drones, unmanned boats, and submarine robots. If the PLAN does buy this trimaran frigate, it’ll have a warship that will open up new places in high paced 21st-century naval combat.