Dale Earnhardt, Jr., kicks off the Nascar season with the first racing suit to repel fire and keep him cool 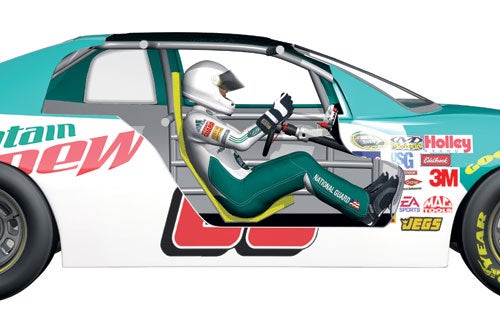 For the sake of fairness, all Nascar vehicles must conform to strict mechanical and structural regulations. But when Dale Earnhardt, Jr., opens the season at the Daytona 500, he’ll have one advantage over the rest of the field: the most advanced racing suit the sport has ever seen.

Temperatures in a stock car’s cramped cockpit routinely top 140ºF, and although a conventional racing suit’s thick quilted fabric protects drivers from flames, it does nothing to keep them cool. Drivers will typically sweat out a gallon and a half (12 pounds) of water during a race, often causing extreme dehydration and affecting their mental faculties.

Last summer, having won only two races since 2004 and looking for a competitive edge, the 33-year-old Earnhardt worked with Adidas’s Advanced Innovation Team to design a racing suit that would reduce the stress his body endures during a three-hour race. The team built a life-size mannequin of Earnhardt and tested it in a cockpit identical to his. Their primary obstacle was pairing the fire-resistant properties of Nomex yarn, the industry standard for fire protection, with the breathability of Adidas’s ClimaCool fabric. Turning to DuPont for help fusing the materials, the team created a hybridized fabric that carbonizes and thickens when burned. This creates a layer that protects the body from flames. The suit performed perfectly for “Thermo Man,” a dummy equipped with more than 100 heat sensors—it survived several blowtorch tests.

Earnhardt wasn’t initially thrilled with the suit’s snugger-than-normal fit (it aids moisture and heat removal), but Adidas hopes that the suit will increase evaporation by up to 25 percent, which should go a long way toward keeping him cooler. The team is working on a second version of the suit that could apply pressure to muscles to combat fatigue, giving Earnhardt an even better chance of reaching Victory Lane. 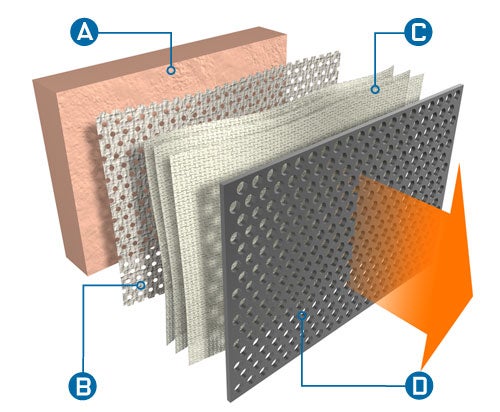 Panels of ClimaCool fabric throughout the suit will allow for better air circulation, drawing heat and moisture away from the skin [A] to thwart fatigue.

Adidas teamed with DuPont to fuse the fire-retardant Nomex yarn [B] with breathable ClimaCool fabric [C]. When the material burns, it carbonizes and thickens to protect drivers from flames.

The next suit could incorporate Adidas’s Formotion fabric—tight-fitting material that helps muscles withstand hours of bracing against the 5 Gs of force experienced during turns.

An air conditioner blows cooled air through hundreds of holes in a new carbon-fiber seat [D].