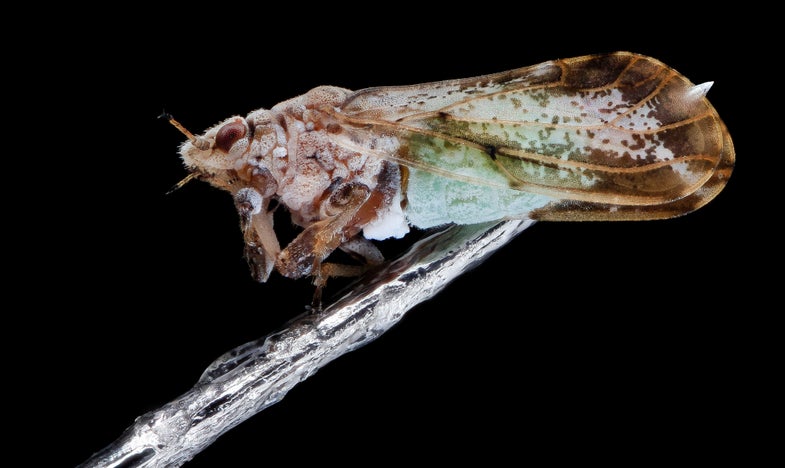 When I was growing up in Florida, we were often overburdened by the bounty of citrus growing in neighbors’ and family members’ yards. But it’s an entirely different story now. When I go home to visit, there’s talk of the orange and grapefruit trees producing tiny bitter fruits, and eventually dying. The problem goes beyond my own selfish citrus consumption, though. It’s been estimated that the state of Florida has lost about $3.63 billion in revenue from orange juice between 2006 and 2012. The culprit? A tiny insect known as the Asian citrus psyllid, and more specifically, the bacteria it spreads, known as Candidatus Liberibacter asiaticus.

The bacteria causes the disease known as citrus greening, making the trees to produce smaller, bitter fruit. There’s currently no cure for it, and the trees will die within a few years. That’s why researchers at the USDA and the University of Florida are trying to find a way to stop the pests from hanging out in citrus groves in the first place. Instead of mixing up a pesticide, they’ve decided to harness the power of vibrations. 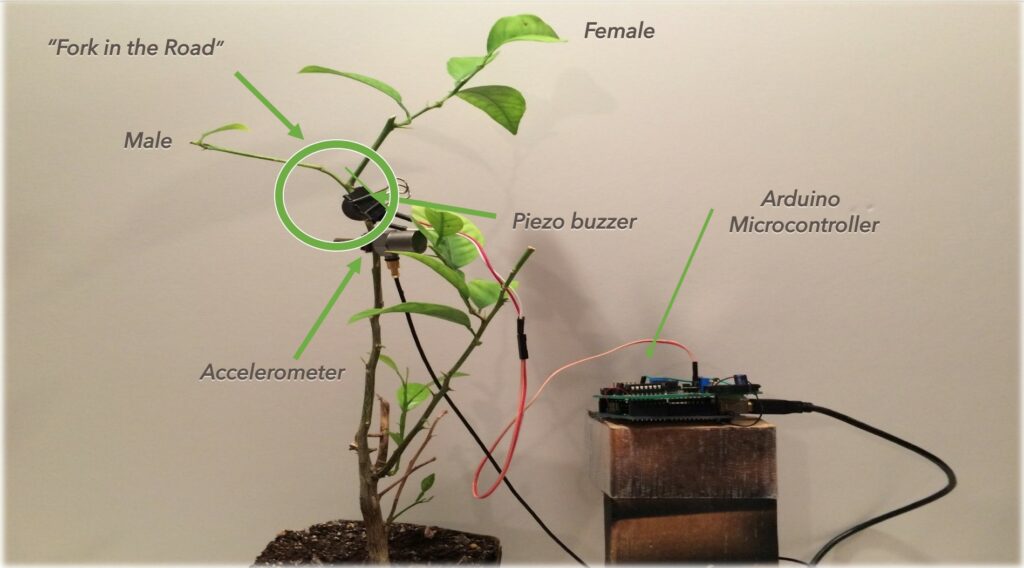 This trap, of sorts, has a piezoelectric buzzer and a microphone that’s wired to an Arduino microcontroller. The microphone picks up the male insect’s mating vibrations shaking nearby leaves and branches. That prompts the piezoelectric buzzer to mimic the response of a female psyllid. The male, enticed by the sound will then get snagged in a sticky trap.

“The route I’m trying to take is looking at disrupting mating and putting out signals that either outcompete the females and bring males to a trapping system, or just make it difficult for males and females to communicate with each other,” Richard Mankin, a research entomologist at the USDA said in a press release.

Mankin has turned to acoustic interventions in the past, using them to find rice weevils hidden inside grain kernels. And while this method for capturing psyllids in citrus groves still needs more field research, it could be a cost-effective way to cut down on disease. The research is being presented at the meeting of the American Acoustical Society this week in Jacksonville, Florida.