Chimpanzees are highly social primates. They form communities with dominance hierarchies and subgroups. But while chimpanzees may be influenced by... 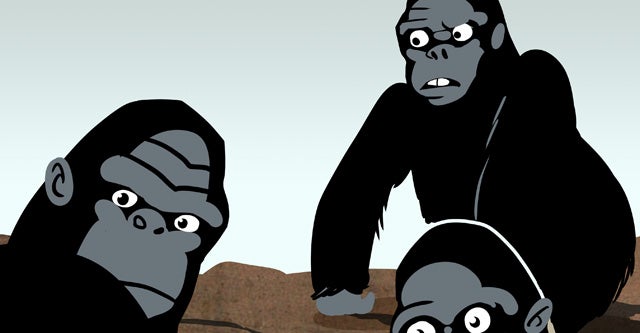 Chimpanzees are highly social primates. They form communities with dominance hierarchies and subgroups. But while chimpanzees may be influenced by group mentality, they know a better deal when they see one. Researchers at Wolfgang Kohler Primate Research Center in Germany reported that when presented with a choice between rewards, logic, not popularity, prevailed.

Edwin van Leeuwen and colleagues from the MPI’s for Psycholinguistics and Evolutionary Anthropology devised an experiment to test the strength of social influences. Picture this: Two vending machines appear in an enclosure shared by two groups of chimpanzees. The minority group is trained in the use of one machine, and the majority group is taught to use the other. Occasionally, a token is thrown into the enclosure, and the groups can trade it in at the appropriate machine for a peanut. Life is good and fair.

Since things are going so well, the researchers decided to mix things up and see how the groups respond. Suddenly, the minority group’s machine started giving out five peanuts for every token. It didn’t take long for the majority group to notice that they had been dealt a bad hand, and over time all of the members switched sides and joined the minority group. All except for one, who switched back to the machine he was originally trained in. Though this may, too, have been a reward maximizing strategy, as he was a low ranking member and risked having his peanuts stolen by a more dominant chimp. This way, while he may have had the inferior vending machine, he had it all to himself.

The researchers stress that conformity still has a major role in chimpanzee social interactions in the wild. The team surmises that the subjects’ adherence to social orders versus profitability largely depends on the nature of the incentive.