Behold The Game Of Thrones Intro Redone By Slime Mold

A Song Of Slime And Mold 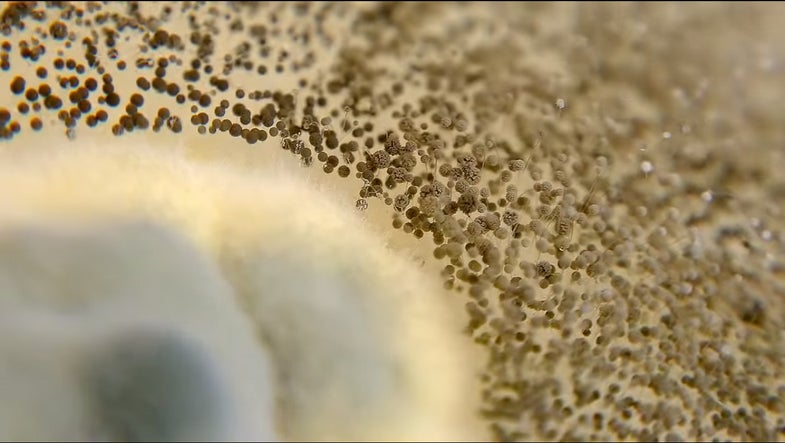 Now in its sixth season, HBO’s long-running dark fantasy hit “Game of Thrones” is as bloody as it is expansive. With action sprawling continents and many fronts within continents, it can be a bit hard to place everything in context, so the show’s iconic opening credits redraw the world every episode, highlighting important locales in neat, mechanical miniature. It is as though the continent of Westeros itself is a living, breathing participant in the great wars that ravage its surface. So what better way to replicate that universe than with a living, transforming, slime mold?

Slime molds are a weird form of life, at times resembling fungi and protozoa. They can grow in large clusters, send out oozing tendrils to search for food, and launch spores from stalks to travel new distances. All of this makes for a very dynamic, evolving texture, which creates a surprisingly similar pattern as Thrones intro.

Because of the way slime molds search for food, scientists have used them to plot out paths, recreating ancient Roman supply networks, American highways, and even new autonomous machine brains.

Watch the full slimey intro, complete with iconic soundtrack, below: