A creepy new pulsating robot can ooze across a surface and pick its own path autonomously, using feedback from its... 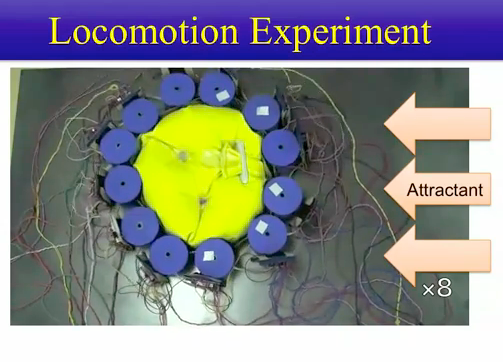 A creepy new pulsating robot can ooze across a surface and pick its own path autonomously, using feedback from its ooze controls without requiring a smart command center. It’s modeled after slime mold, which can also make decisions without any sort of neural network.

Soft robots are useful in situations where rigid ones would get stuck, and they can be more durable, surviving a fall or a physical assault without snapping. But their amorphous nature introduces some programming challenges — batteries and computer chips aren’t soft, so any soft robot is limited by its control mechanisms.

To solve this problem, robotics researcher Takuya Umedachi of Hiroshima University in Japan is building blob-bots with a sort of distributed nervous system, which move in response to sensory feedback. His prototype contains springs, robo feet and a central gelatinous “protoplasm,” reports Technology Review. The latter is really an air-filled yellow sac.

The robot is modeled after the yellow slime mold Physarium polycephalum, the “true” slime mold, which has previously been shown to make its own decisions based on the interactions of its various spores.

Similarly, instead of requiring learning algorithms, a robot with slime mold smarts could figure out where to go based on some simple cues from its feet and protoplasm. The soft body would experience “global physical interaction,” according to a paper describing the robot published in the journal Advanced Robotics. Push on a forward-facing part of the blob, and the whole the blob will jiggle in response. It will move in a certain direction according to these cues. “This robot exhibits adaptive locomotion without relying on any hierarchical structure,” Umedachi writes.

The results could improve designs for autonomous decentralized control systems, he says. Watch a version of blob-bot in action. 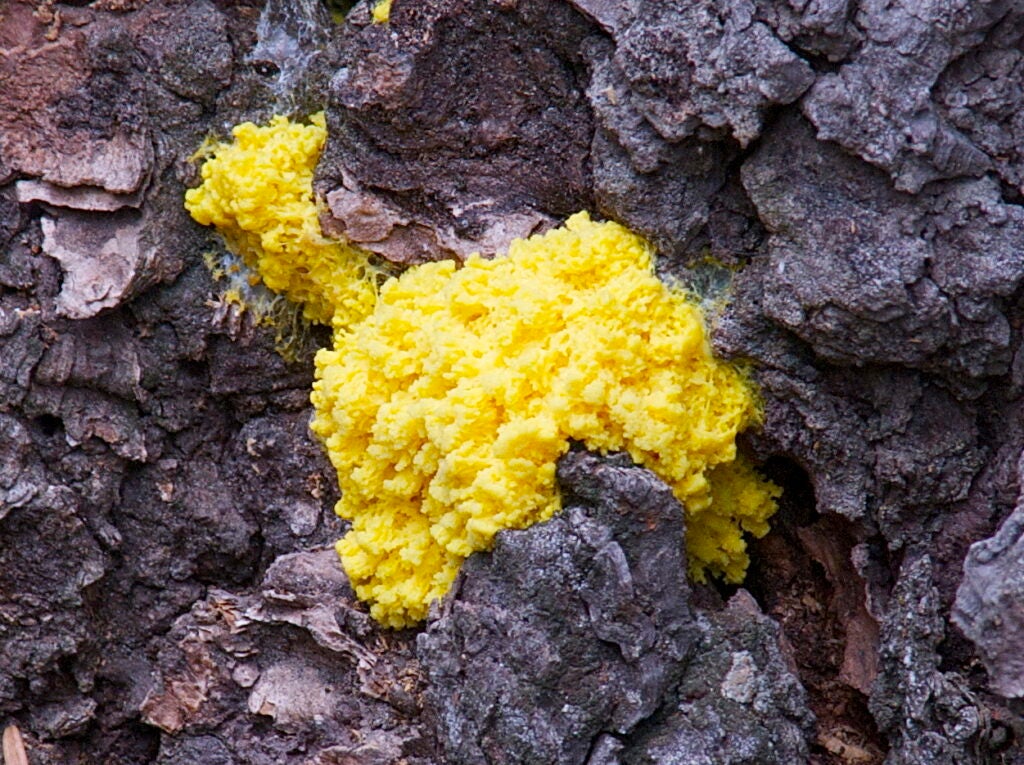 The slime mold Physarum polycepharum is the inspiration for a new type of soft robot.