That means no more business for this monkey. 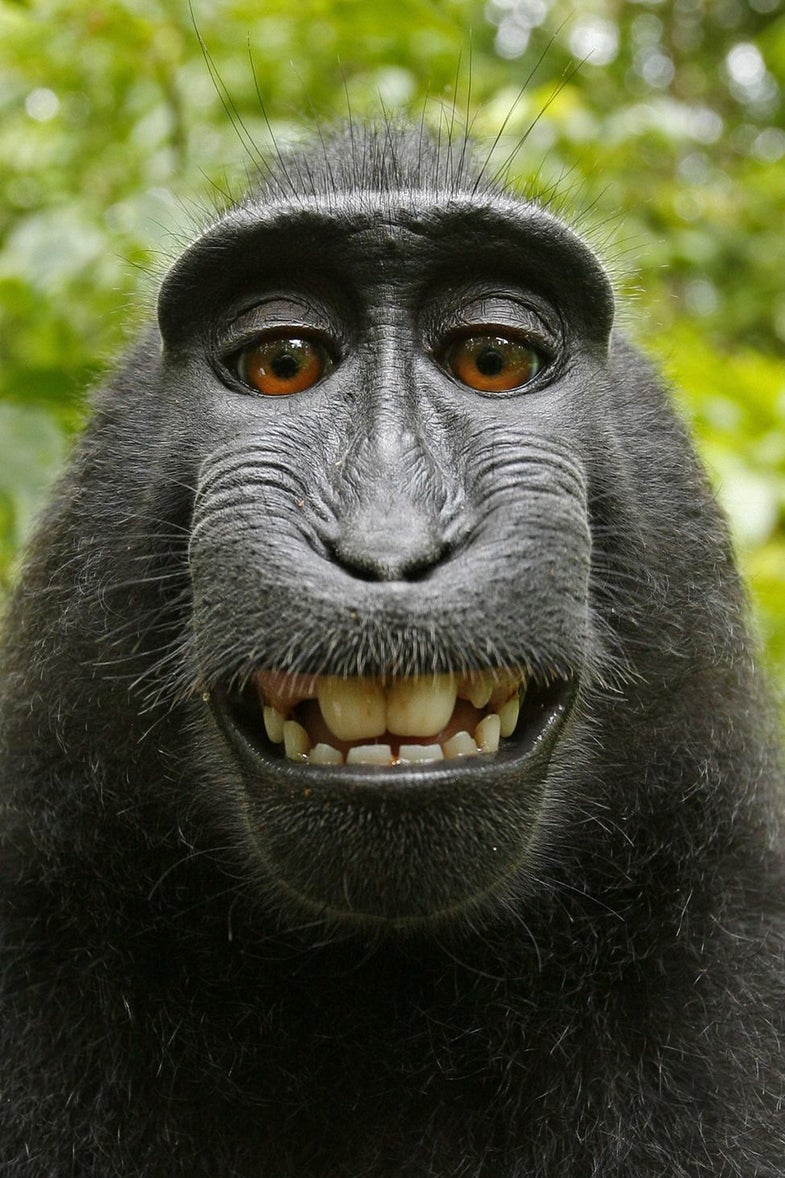 In 2011, British wildlife photographer David Slater was traveling through the jungle in Indonesian when a crested black macaque grabbed his camera and started snapping selfies. Somebody posted the images in Wikipedia Commons, meaning anybody could use them for free. A legal battle ensued, with Slater claiming the images belong to him, and Wikipedia countering that the images belong to the public since they weren’t created by a human.

The U.S. Copyright Office addresses the dispute in the latest draft of its “Compendium Of U.S. Copyright Office Practices“, which was published on August 19. The previous compendium stated clearly that “Materials produced solely by nature, by plants, or by animals are not copyrightable.” The new 1,222-page report makes their stance on animal artwork abundantly more clear by referring specifically to photographs taken monkeys. “[T]he Office will refuse to register a claim if it determines that a human being did not create the work.”

Other fun and somewhat-related highlights from the new report:

Not everyone is smiling over the new rules. Circa reports that the photographer is facing some $17,000 in legal fees, and they quote Slater: “Photography is an expensive profession that’s being encroached upon. They’re taking our livelihoods away… For every 100000 images I take, one makes money that keeps me going. And that was one of those images. It was like a year of work, really.”

But since Slater is a British citizen and there are no international copyright laws, it’s not clear how the case will pan out or whether Slater will continue to press the matter. The Telegraph notes that, “In the U.K., under the Copyright Designs and Patents Act 1988, a photographer can claim rights over an image even if he or she did not press the shutter button if the results are their “intellectual creation”… However, such a case has never been tried in court and the outcome would be uncertain.”

For now, at least, Wikipedia continues to list the photos under public domain.