Puzzle Facade is a remote-controlled building, piloted by a simple box.

If you’re a Rubik’s cube expert and a bit of an exhibitionist, maybe you’ll be interested in this mind-blowing project from artist Javier Lloret: a giant, remote-controlled LED puzzle cube made out of a building.

For the project, called Puzzle Facade, Lloret built a gray puzzle cube with built-in orientation sensors. Then, he connected the cube via Bluetooth to a computer, which controlls the LED facade of the Ars Electronica Center in Linz, Austria. Whenever the cube twists, the lights on the building move in tandem.

There’s also an added layer of challenge: you can only see two sides of the building at once while you’re attempting to match colors. So maybe if Rubik’s cubes aren’t your thing you can just stick to building-Tetris. 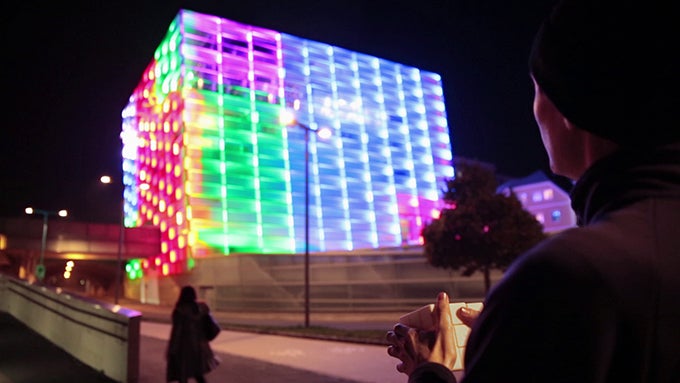 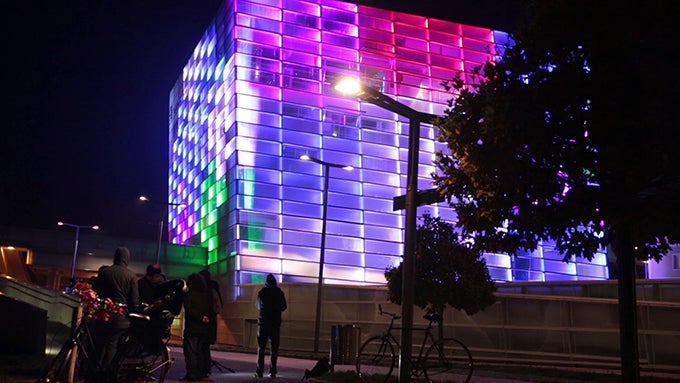