A New Voting Machine Could Make Sure Every Vote Really Counts

That is, if it ever gets used. 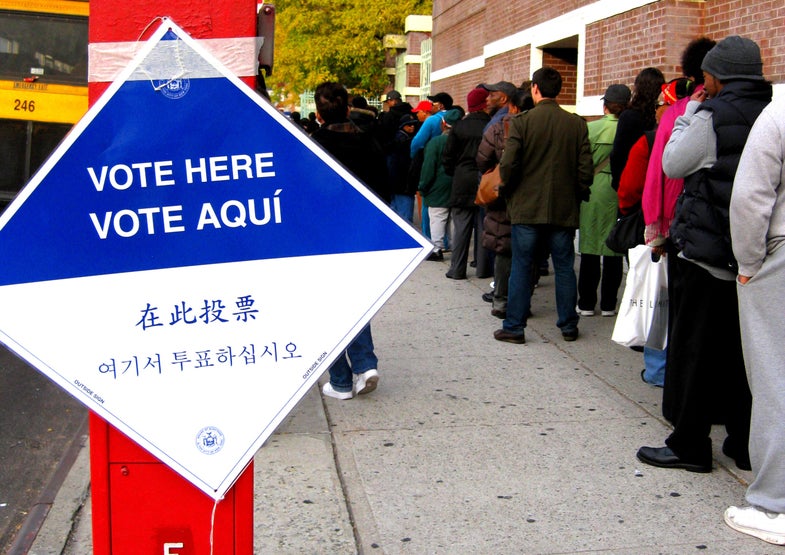 This election, in an effort to avoid voter fraud, the state of Texas is adopting a stricter voter identification law — one which Supreme Court Justice Ruth Bader Ginsburg says “risks denying the right to vote to hundreds of thousands of eligible voters”. Meanwhile, in the county that houses state capital Austin, election officials are preparing for a high-tech future of fairer and more easily verifiable elections.

A research team based at Rice University is designing a system which might bring newfound stability to elections, and Travis County wants to be an early adopter. Computer scientist Dan Wallach says their “Secure, Transparent, Auditable, And Reliable” technology (STAR) will solve most of the major problems facing American elections, including making sure your vote gets counted, and showing losers that they really lost. It’s not without obstacles, though.

The STAR system has a “belt and suspenders approach” — meaning it uses redundant safeguards to render fraud extremely difficult.

American law demands perfect secrecy and perfect accuracy for its voters. Modern methods can fail on those counts, either because aging e-machines produce no meaningful paper trail for verifying elections, or because paper voting systems confuse voters who misuse the ballots. (This was the key issue in the 2000 Bush-Gore dispute in Florida.)

Philip Stark, a vote-auditing expert who worked on the STAR system, says the team calls it a “belt and suspenders approach” to election monitoring. That is, the system uses redundant safeguards to render fraud extremely difficult.

A STAR voter would enter a booth and select her candidate on a tablet screen. The computer then encrypts her vote and stores it electronically, keeping a tally. But the system takes several additional steps to ensure security for the voter and her candidate. 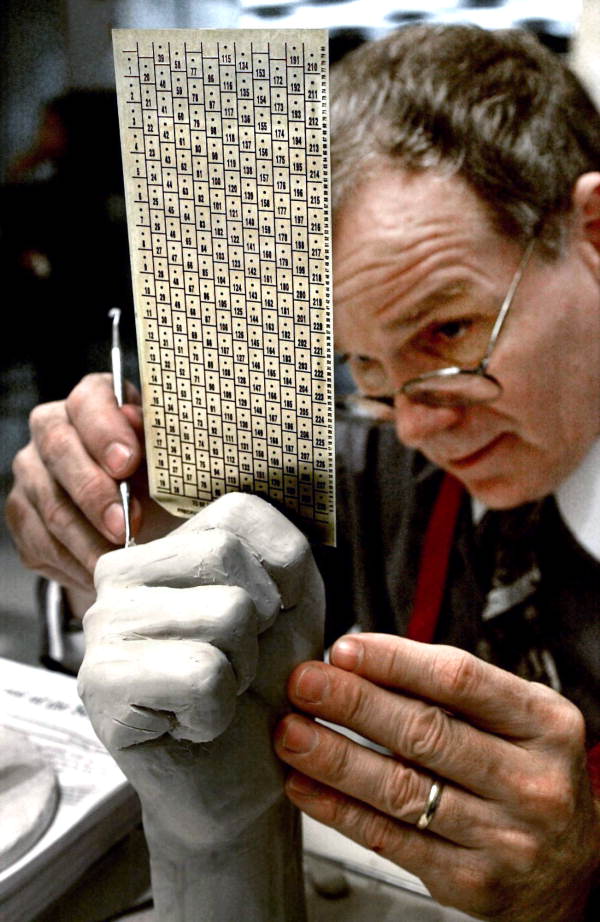 A man examines one of the irregular Florida ballots that lay at the center of the Bush-Gore controversy in 2000.

First, the machine prints a paper ballot stamped with the voter’s selection in plain English (or one of 19 other languages) which the voter can review before leaving the booth and dropping it in a ballot box. If the voter trusts the machine, she can do so immediately. If, on the other hand, something doesn’t look right, she can enter a code from the ballot to force the machine to decrypt her electronic vote. The first e-vote and the ballot are then discarded and she can begin the voting process over again (or, if she caught the machine cheating, report it). After the election, auditors can check those anonymous paper ballots against the anonymous electronic records in the machine to confirm everything went above board.

Once a vote is locked in and a ballot deposited, a second slip emerges from the machine, with a unique number, likely represented by a QR code. After the election, all the STAR systems compile and post online a public list of encrypted identification numbers keyed to each vote cast. A particularly cautious voter can then check (using some straightforward math or, more likely, a smartphone app from her favorite provider) whether her vote was counted in the total. If many voters report not finding their encrypted vote records online, auditors could trigger a recount.

All the underlying science and technology of STAR exists now, the team says, and it could be implemented using hardware purchased off the shelf from retailers at bulk rates. There’s an entire portion of the team devoted to making them accessible across barriers of language, disability, and ease with technology. Current e-voting systems, mostly purchased after the Bush-Gore debacle, are aging, proprietary machines that are expensive to repair. But there’s a challenge to swapping them out.

“Laws will have to change,” Stark says. Regulations designed for outmoded systems won’t allow STAR at today’s polls. But Stark says he hopes the Travis County officials who urged scientists to build the system in the first place will eventually get the legal work done.

In other words, the future of fair and accountable voting could lie in the hands of Texas lawmakers.