How To Ship A 17-Ton Magnet

Across the entire country Physicists at Fermi National Accelerator Laboratory in Illinois needed a superconducting magnet to study muons, fleeting subatomic particles. Thirty million dollars for a new experimental setup was out of the question, but they found a used one at Brookhaven National Laboratory on Long Island. If Fermi scientists could move it, they could have it. The magnet, however, couldn’t be dismantled. And it had to be shipped with the utmost care because a twist of even a couple of millimeters could irreparably damage its internal wiring. 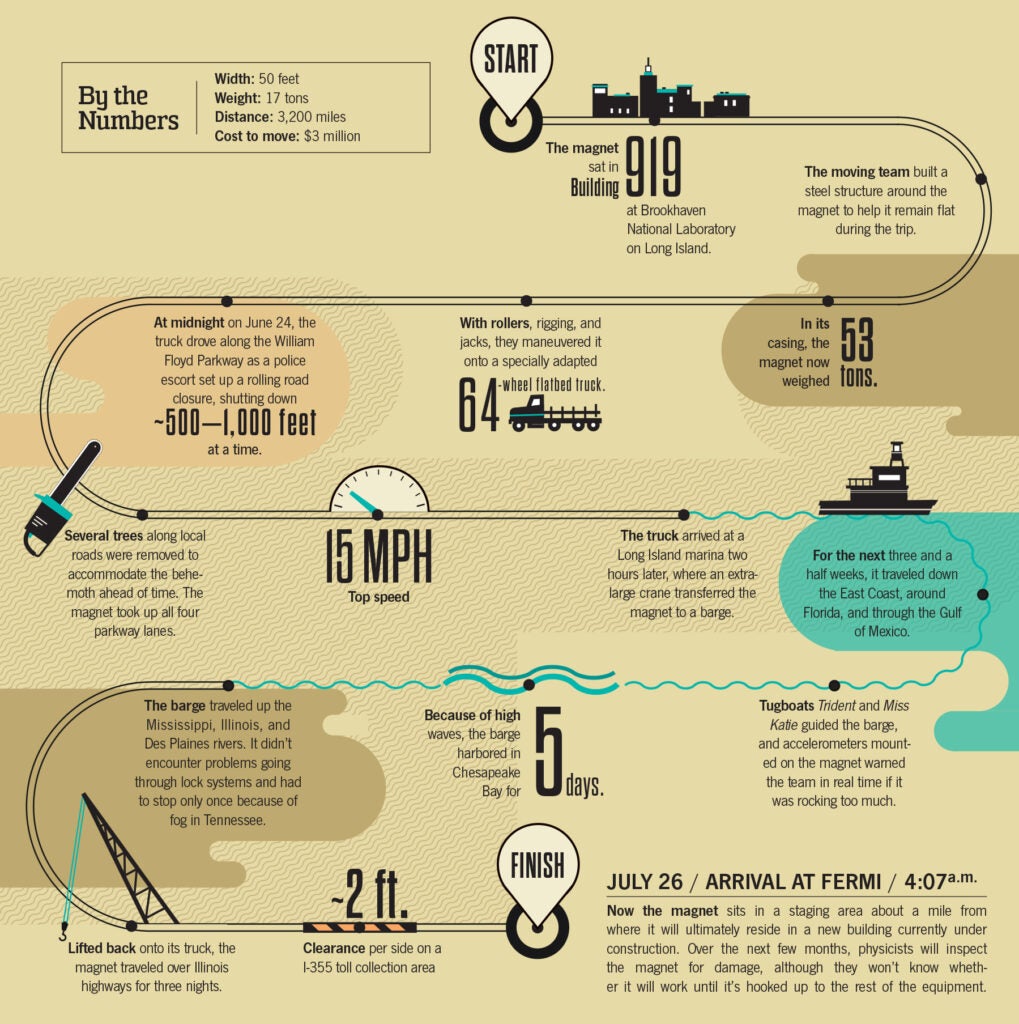 Journey of a Magnet