A 3D rendering of a "long barrow" burial site based on traces of the wooden posts detected during the survey. © LBI ArchPro, Joachim Brandtner
SHARE 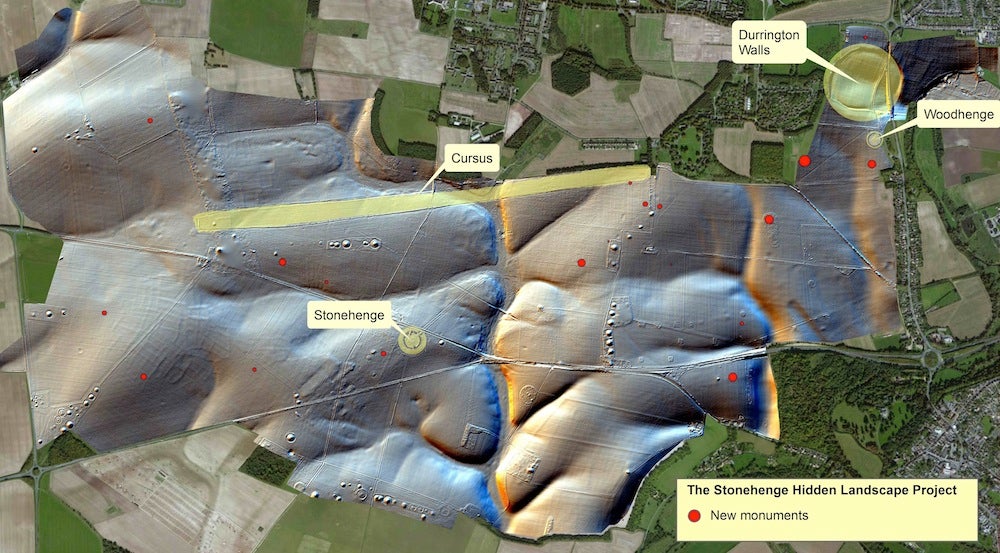 A new, detailed map of the Stonehenge area, including the newly-discovered “super-henge”

Near the prehistoric Stonehenge monument, archeologists have found the buried traces of a “super henge” more than 4,900 feet in circumference. That’s about as big around as the Astrodome and Cowboys Stadium combined — and 14 times larger than the iconic stone circle.

The super henge is comprised of dozens of newly discovered features, including an array of up to more than 50 ten-foot pillars, some of which may still be deep underground. The surveyors also uncovered 17 ritual monuments, including “massive prehistoric pits” that may have been dug along astronomic lines, and a “long barrow” — a huge wooden building believed to have been used as a mortuary for bodies after “defleshing.”

Archeologists believe the Stonehenge complex was built and modified over a period of 11,000 years. Questions about the function of its various structures remain.

Because most of the clues about the ancient construction lie deep underground, the archeologists developed new techniques for finding the traces of pits and pillars. They beamed radar and lasers into the ground, and wheeled scanners over a vast area to study subtle changes in the Earth’s magnetic field.

Not everything discovered at the site is millennia old. The surveyors were able to pinpoint practice trenches dug during the First World War to prepare troops for battle, as well as traces of a military airbase — one of the U.K.’s first — built at the site a few years later. 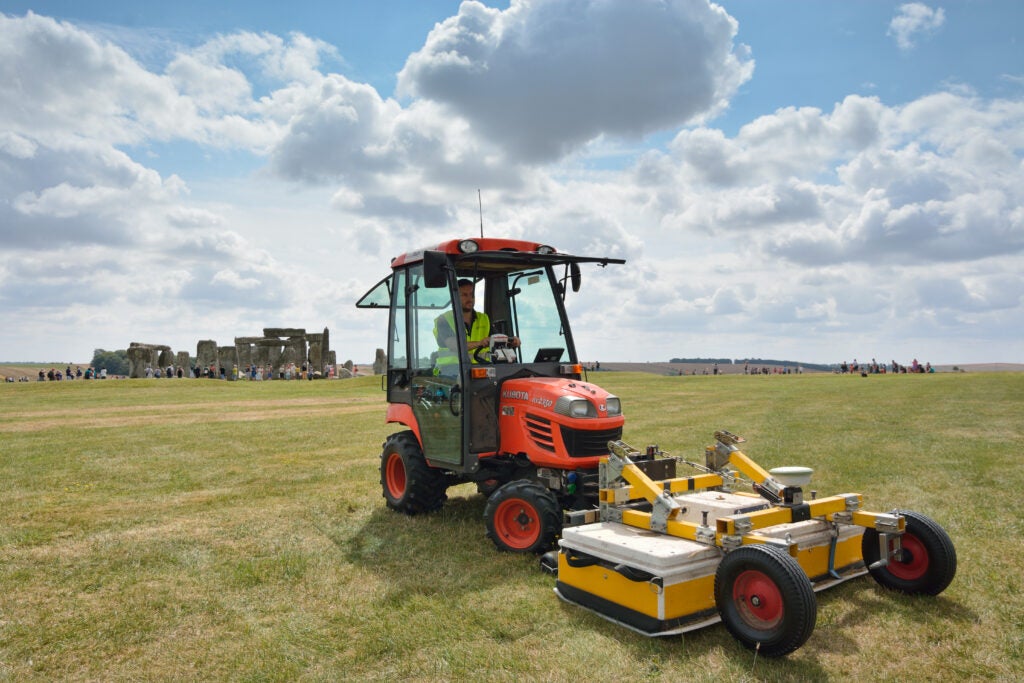 A tractor pushes an antenna array designed to study buried remains of monuments. 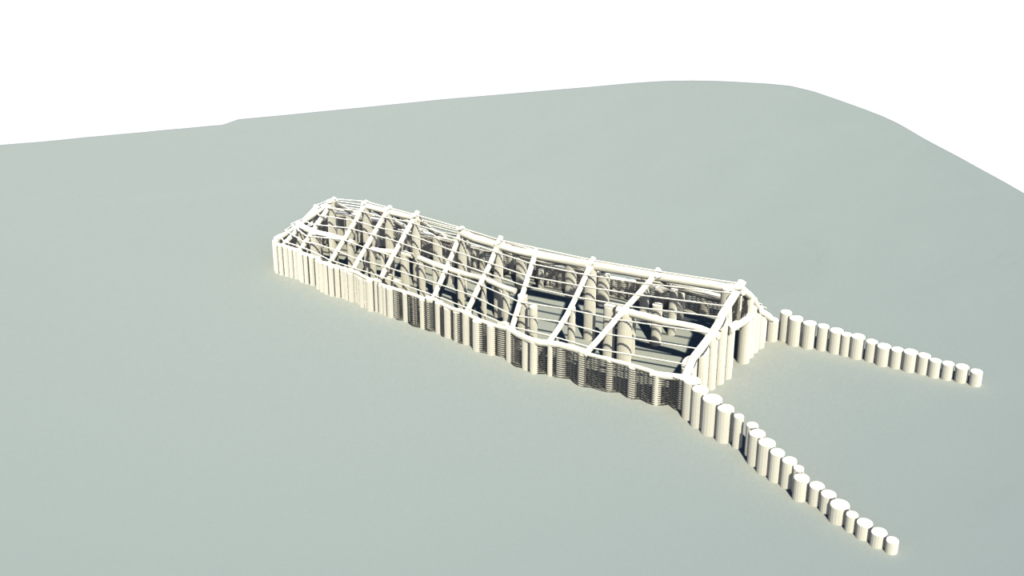 A 3D rendering of a “long barrow” burial site based on traces of the wooden posts detected during the survey.