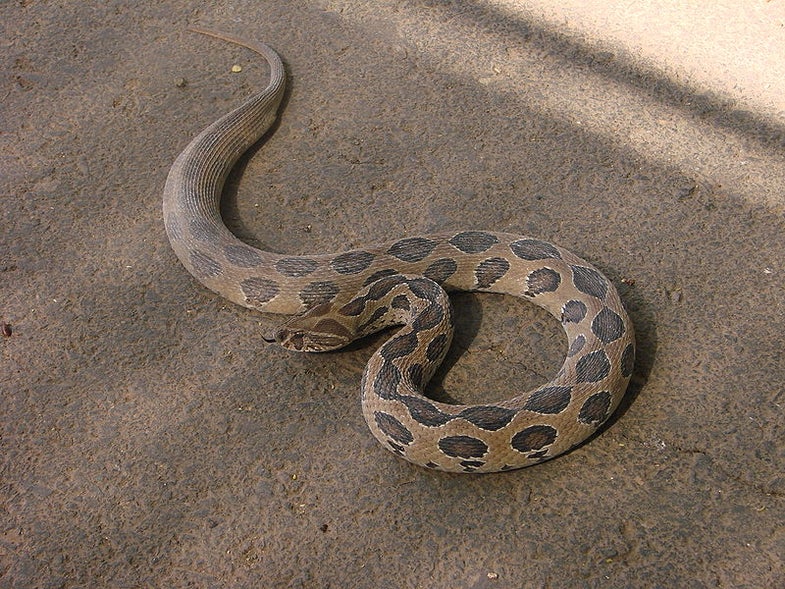 Mongoose plant, an herb that grows in southern India, is prescribed by local people practicing Ayurvedic medicine to treat bites from vipers. But there have been few studies to see how or if it works.

New research, however, seems to supports its use. In a study published in the Journal of Ethnopharmacology, scientists exposed developing chicken embryos to extracts of viper venom. As you can probably imagine, pure venom quickly killed them, and caused obvious hemorrhaging when a venom-soaked disk was applied to the embryo’s surface. When the venom was mixed with sufficiently high levels of mongoose plant root before being applied, however, none of the embryos died, and there was no sign of hemorrhaging. These embryos were chosen because they are easy to handle and observe, are similar to humans on a molecular level, and prevent causing suffering in higher mammals, the study noted.

The study suggests that some chemical in the plant, also known as Ophiorrhiza mungos, is neutralizing the venom. The scientists are working to isolate that compound.

The researchers used venom from Russell’s viper (Daboia russelli), which is responsible for the most snakebite deaths in southern India. The World Health Organization estimates that at least 100,000 people die from snakebites each year.

Modern medicine turns to antivenom to treat snakebites, which usually consists of antibodies derived from animals like sheep that have been exposed to venom. But these can cause side effects like swelling and allergic reactions, are often in short supply, and notoriously expensive. Hospital bills for bite treatments can exceed $100,000, at least in the U.S.

Study author Anaswara Krishnan, from India’s Kerala University, said scientific validation of traditional cures are important, since these treatements can’t be pursued at modern hospitals without such evidence in hand. “Despite the widespread use of modern serum therapy, a lot of people in southern India prefer traditional Ayurvedic medicines to treat snakebites because they are known to be effective, have fewer side effects and have cultural acceptability,” she told SciDev.net. They are currently pursuing clinical trials, and hope to use a formulation of the mongoose plant to treat snakebites.