A crowdfunded photography book aims to put spiny lumpsuckers, brooding anemones, and other strange underwater creatures into the spotlight. 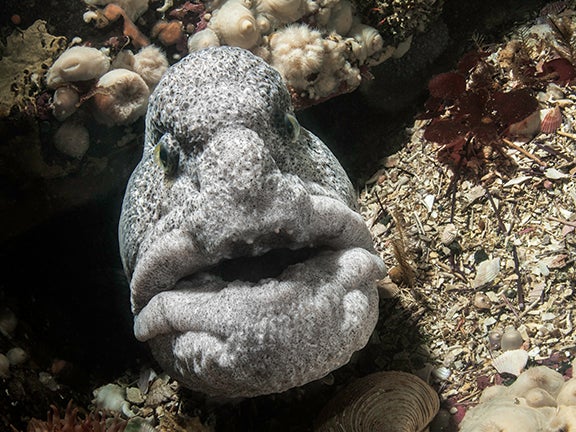 If the crazy appearance of this guy wasn't enough, the wolf eel isn't an eel or a wolf! It's actually just a very long, eel-shaped fish. That ferocious-looking giant mouth is really just designed for eating urchins. Those faces look a bit like something only a mother could love, but wolf eels pair off into long-term relationships. Photograph was taken in Browning Wall, British Columbia, Canada. Richard Salas
SHARE

Richard Salas began studying photography in college the same summer Jaws was released. The ocean was a part of the cultural conversation, but the general feeling was of fear, not awe. Though Jaws may not look so fearsome now, alongside gruesome footage shown during Shark Week, that sentiment hasn’t totally disappeared. In his third underwater photography book, Luminous Sea, Salas continues his quest to educate the public about what really happens below the surface.

“When I got down underwater,” he tells Popular Science, “I was blown away by a whole other world I had never really seen firsthand.” He put off school for about nine months, bought dive gear, and started learning more about underwater photography. After graduating, though, Salas stopped diving. His focus shifted to studio work, assisting photographers in shooting products and still lifes, until about 10 years ago, when he was reunited with shooting marine life.

“I want people to see these animals as more than just something in their aquarium swimming back and forth,” Salas says. “They have personalities, just like a dog or cat. People don’t think about that. The media plays up the sensationalism of sharks.”

Sea of Light became his first book in the series, which includes images taken off the coast of the Channel Islands of California. The second book, Blue Visions, features images from the U.S.-Mexican border down to the equator. And finally, Luminous Sea, the third book, will cover Washington state through Alaska. To produce the first book, he emptied his savings account. This time, he’s turned to crowdfunding on Indiegogo to release the final book in the series. The campaign lasts until August 24.

Preview some of the characters you’ll find in Luminous Sea below. 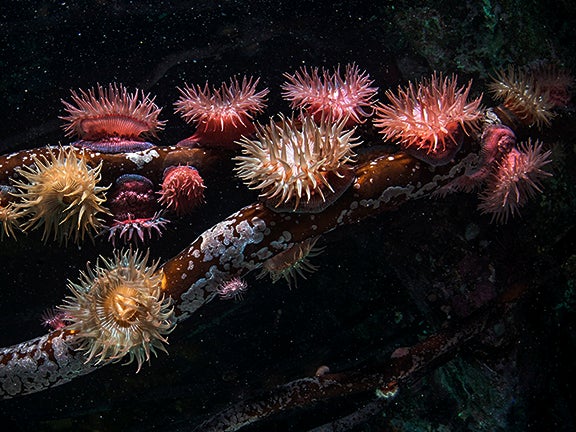 If you couldn’t tell by the name, brooding anemones tend to be pretty caring mothers. The eggs are fertilized within the digestive cavity. The larvae then escape through the mouth, and hang out on the mother’s pedal disk until they’re ready for the real world. Photograph was taken in Hunt Rock British Columbia, Canada. 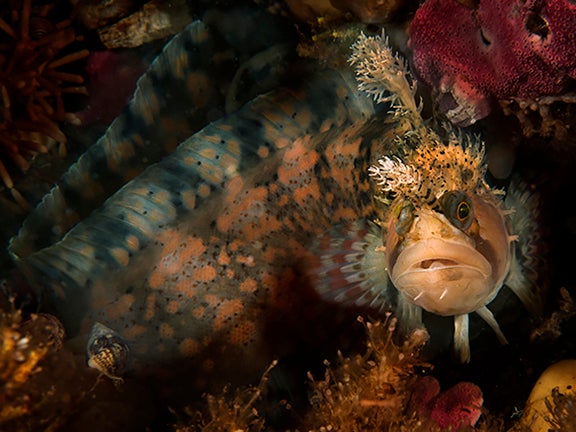 The decorated warbonnet gains its name from the elaborate hairlike filaments that adorn its head. The warbonnet makes its home in the shallow cold waters of the Pacific Northwest, and tends to be rather shy–preferring to stay inside its rocky home. Photograph was taken in Wooden Island, Alaska. 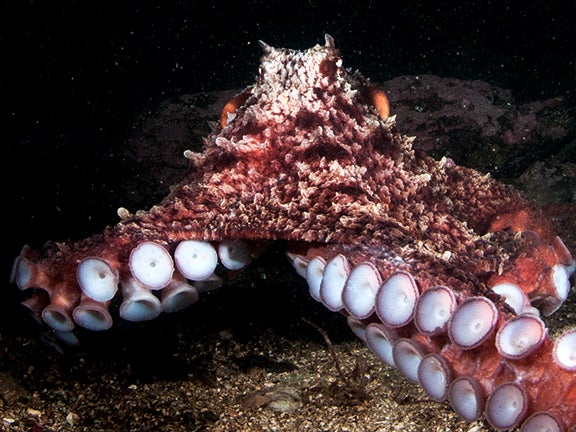 The female giant Pacific octopus has 2,240 suction cups on its tentacles (males have 100 fewer). It is the largest of all the octopus species, weighing as much as 400 pounds. Photograph was taken in Wooden Island, Alaska. 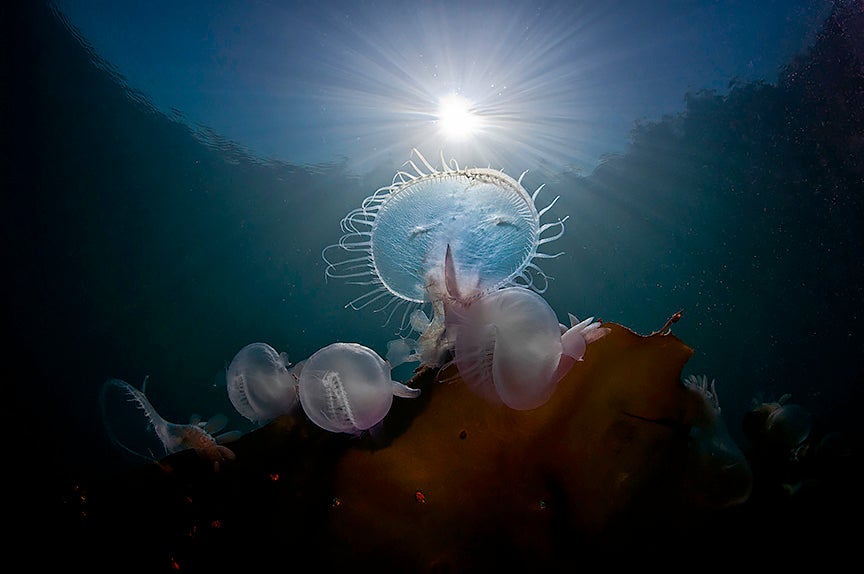 Also known as the lion nudibranch, it has a large hood—or mane, depending on how you look at it. But it’s not just for style. The hooded nudibranch uses its fringy overhang to catch prey and funnel it to its mouth. Photograph was taken in Wooden Island, Alaska. 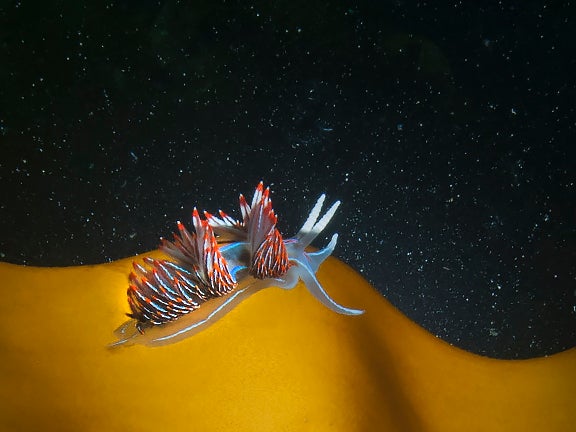 The Monterey Bay Aquarium calls the opalescent nudibranch “one of the prettiest and most colorful species of nudibranchs.” Playing favorites much? Despite its beauty, the little sea slugs are quite aggressive and violent. A biting battle ensues when two nudibranchs meet; the first to bite wins, then consumes the loser. Photograph was taken in Snow Fall, British Columbia, Canada. 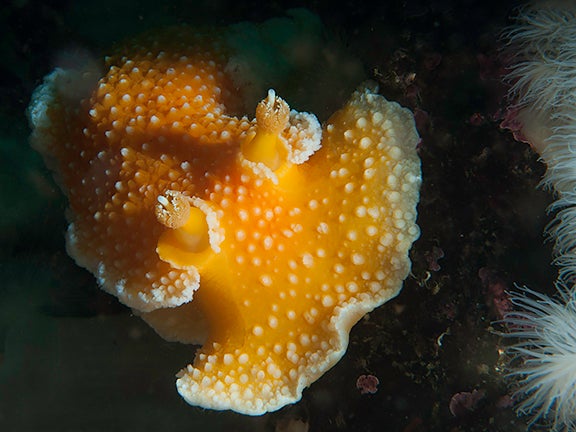 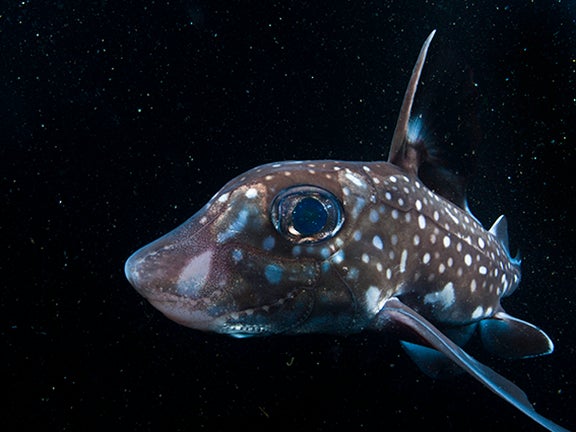 If you’re confused whether the ratfish looks more like a fish or a shark (yes, sharks are a group of fish), fear not! They are chimeras, which means they have characteristics similar to the cartilaginous shark, and the bony fish. Photograph was taken in Browning Wall, British Columbia, Canada. 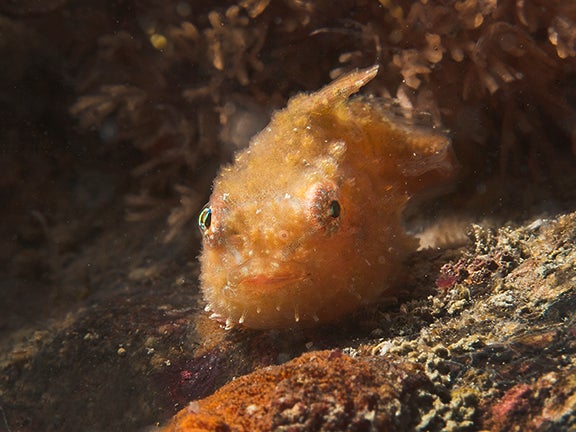 If the crazy appearance of this guy wasn’t enough, the wolf eel isn’t an eel or a wolf! It’s actually just a very long, eel-shaped fish. That ferocious-looking giant mouth is really just designed for eating urchins. Those faces look a bit like something only a mother could love, but wolf eels pair off into long-term relationships. Photograph was taken in Browning Wall, British Columbia, Canada.
deep sea
Photography
Science