An upcoming study in the U.K. will inject dying patients with placebo instead, which raises some obvious ethical concerns. 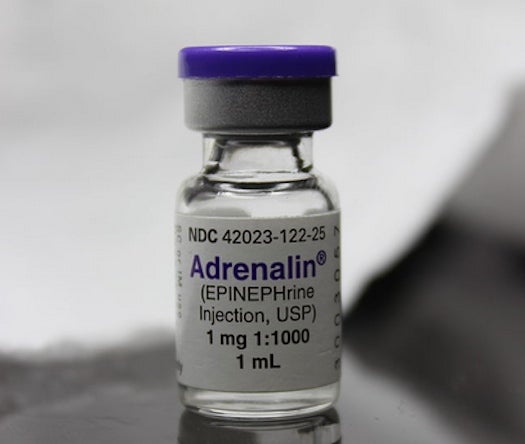 When somebody goes into cardiac arrest–meaning that their heart has stopped–it’s standard protocol to use CPR and atrial defibrillation, and then to inject them with adrenaline to get the organ pumping again. Perhaps surprisingly, though, there is not enough evidence to prove that adrenaline, also known as epinephrine, actually helps people survive; one study from earlier this year surveyed the research done on the topic and concluded that adrenaline injections did not help people survive cardiac arrest in the long run.

“It is thought that the short-term benefit of adrenaline in improving coronary blood flow may occur at the expense of other organs,” Dr. Steve Lin, an emergency physician at St. Michael’s Hospital in Toronto, told Cath Lab Digest. “The drug can cause small blood vessels in other organs to contract, such as in the gut, liver, and kidneys, thus limiting the blood flow to these organs.”

A group of British researchers will start a study this fall, the largest of its kind to date, to settle the question. They plan to include 8,000 cardiac arrest patients in the study, to give half of them a placebo treatment, and half of them adrenaline, the BBC reports. They won’t seek informed consent for the work, which may seem obvious, since people whose hearts have stopped are not exactly in a position to answer questions, and time is of the essence. Still, though, the work has raised some ethical concerns.

“It is always difficult to conduct a trial in situations where people are too ill to give their consent,” Peter Weissberg, of the British Heart Foundation, told the BBC. “But there are well established ethical guidelines for undertaking such studies. What is unacceptable is to continue giving a treatment that could be doing more harm than good.”

A similar but much smaller study was done in Western Australia in 2011, in which emergency crews randomly gave more than 500 cardiac arrest patients adrenaline or a saline solution. The study suggested adrenaline might have been helpful, but the results weren’t statistically significant, as described by Reuters Health: