When producers at Maxis wanted to make Sims appear less robotic, they filmed employees at a staff party moving between... 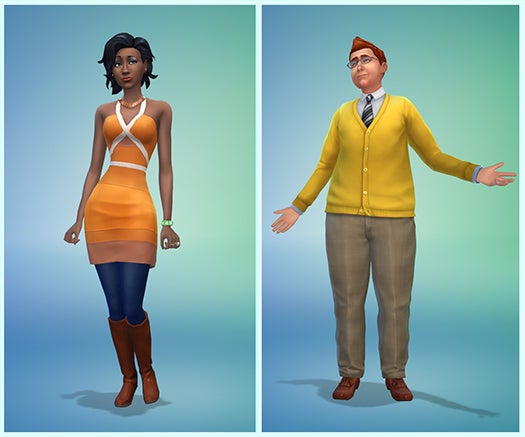 When producers at Maxis wanted to make Sims appear less robotic, they filmed employees at a staff party moving between groups, telling jokes, and responding to awkward situations. They used the footage to help build a model of human behavior that—in combination with other new software—led to a more realistic virtual world.

One major improvement in The Sims 4 is the characters’ ability to navigate multiple interactions at the same time. In previous versions, a Sim would stop one behavior before starting another, but now the characters can flirt while also dancing or running next to each other on treadmills at the gym.

Sims now act out cascading emotional responses—meaning their feelings have a true-life trajectory and don’t just come and go. Your Sim might do something in the morning, like burn a piece of toast, which upsets him. Depending on the character’s predetermined personality, the emotion could reemerge later, prompting the Sim to, say, pick a fight on the street.

To improve the Sims’ ability to socialize naturally, Maxis’s software engineers built behaviors that mirror how most people act—incorporating, for example, the concept of personal space. This lets the characters do things like intuitively walk in groups and have casual conversations in a shared space, like a bar.