Planned delivery system is machines almost all the way down 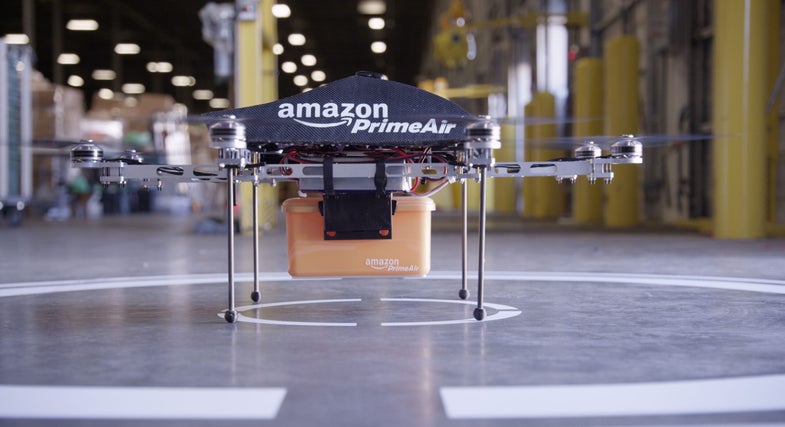 For many, drone delivery was a novelty until Amazon jumped into the game. With a much-hyped concept video, Amazon provided a straightforward image of robot postmen, bringing packages to customers on demand. Amazon filed the patent for the “Unmanned Aerial Vehicle Delivery System” last September, but the text of it was recently made public at the end of April, showing the nuts and bolts of the scheme.

Crucial parts of the patent:

Nowhere in the patent does the word “pilot” appear. In fact, human operators are mentioned only briefly, in a section on how the drones might safely land and take off. Taken as a whole, Amazon’s drone patent is very much about autonomous machines and has very little to do with normal aviation.

No matter how good it sounds on paper, there are still regulatory hurdles to overcome. Amazon’s application to test drone delivery came with some stringent requirements that emphasized human pilots, and an Amazon executive loudly criticized these rules for holding back the future. It looks like the FAA is considering relaxing the requirement that drones only be flown within a human operator’s line of sight. If so, it makes Amazon’s vision a step closer to reality, but until the FAA gets really comfortable with drones piloting themselves, delivery drone takeoff might be indefinitely stalled.