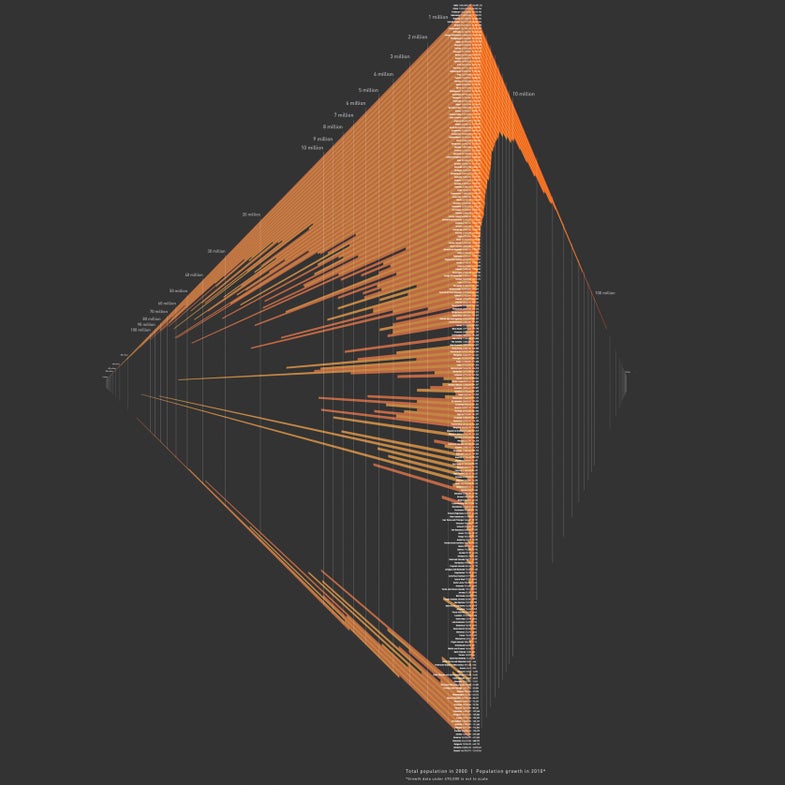 Comparing wildly disparate numbers is a perpetual challenge in visualization, but Ariana Montanez added a twist to a traditional bar chart to accomplish just that. Each bar on the left is the population of a country in 2000, with the change in that figure by 2010 on the right. The illusion of three-dimensionality allows the 1.4 billion people in China to appear side-by-side with the 32,000 residents of the Liechtenstein. 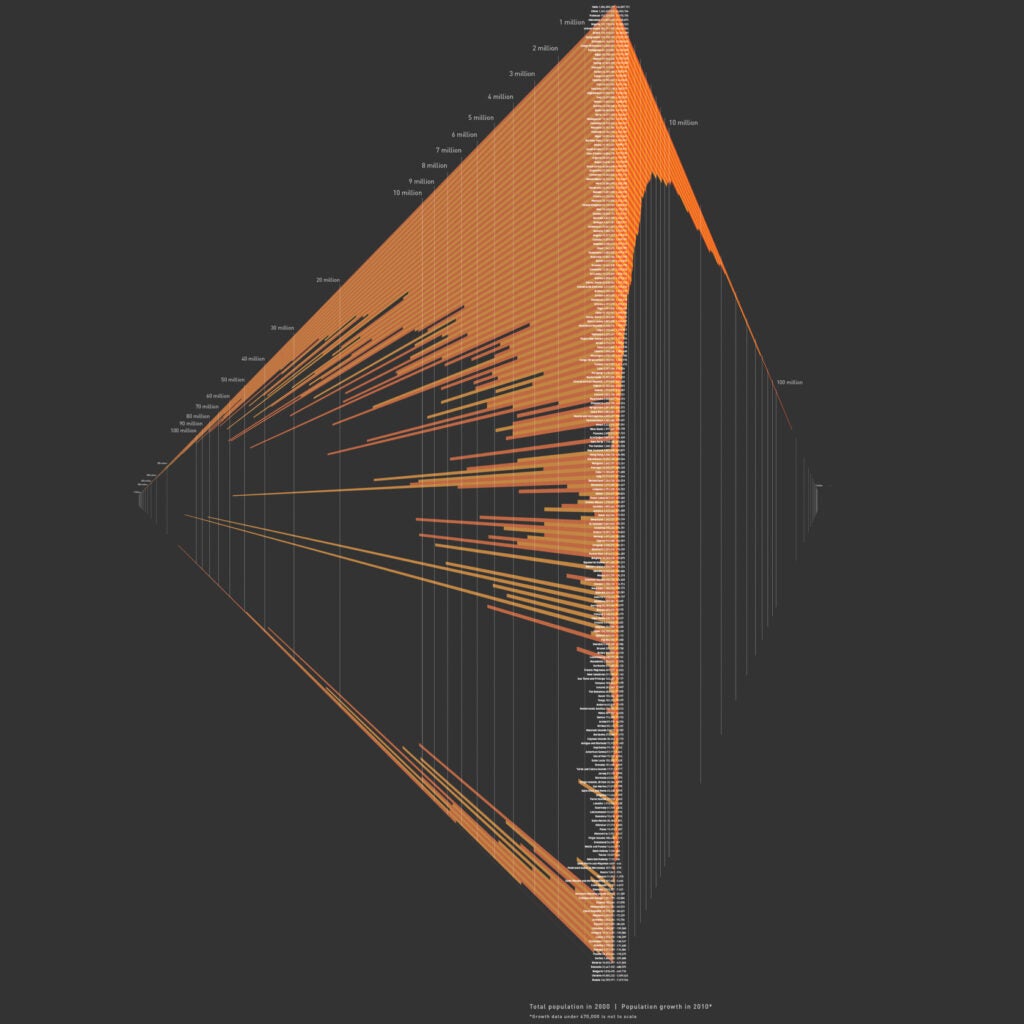