Without Apollo 1, we might have never made it to the moon

Three astronauts made the ultimate sacrifice, but they didn't die in vain 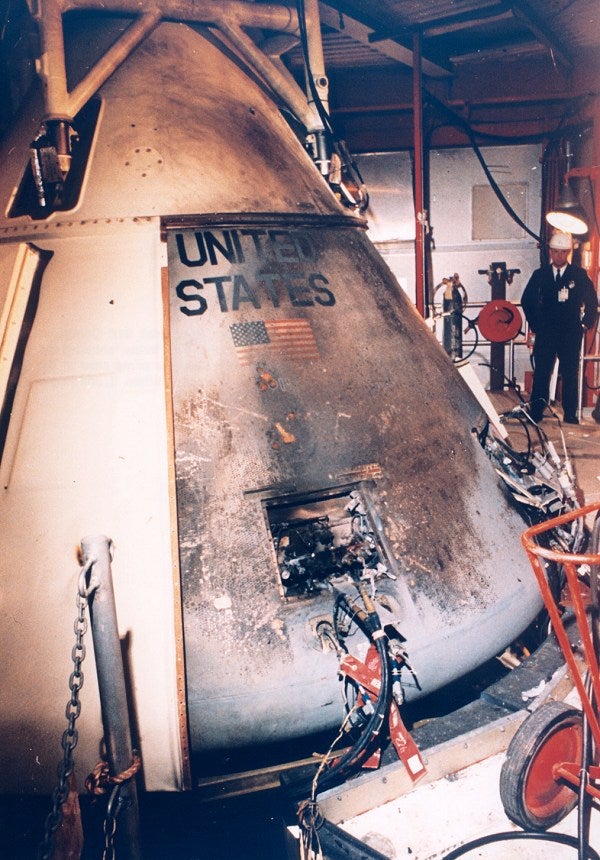 The sixties, like today, were a turbulent time. America was divided over the war with Vietnam, the Civil Rights movement was in full swing, and we were losing the space race with the Russians. Then, in 1962, President John F. Kennedy delivered one of the most epic speeches in history, challenging NASA to make it to the moon by the end of the decade. His call-to-action rallied the American people and lit a fire under the space agency, which resulted in Neil Armstrong and Buzz Aldrin walking on the moon in the summer of 1969.

As the famous Latin saying “Ad astra per aspera” foretells, the road to the stars is not easy. But after the huge successes of the Mercury and Gemini programs in the 50s and early 60s, no one expected the maiden Apollo mission to end in tragedy.

On January 27, 1967—exactly 50 years ago today—three astronauts lost their lives when a fire broke out inside their spacecraft as it sat atop a Cape Canaveral launch pad. That January afternoon, the Apollo 1 crew members, Virgil “Gus” Grissom, Edward White, and Roger Chaffee climbed inside their Apollo spacecraft to take part in a routine “plugs out” test (essentially a dress rehearsal for the launch a few weeks later). The crew spent several hours troubleshooting issues with the spacecraft and communications systems without incident. All that changed in an instant when a spark ignited a fire inside the capsule.

To make the test as flight-like as possible, the door to the spacecraft had been sealed and the capsule’s interior had been filled with pure oxygen. These high concentrations of oxygen fanned the flames, making it all too easy for the spark to grow into an inferno.

The vehicle’s hatch was designed to open inwards—a process that took 90 seconds to complete. As the flames engulfed the spacecraft, the searing heat inside the capsule caused the air pressure to rise, which in turn made it impossible for the astronauts to open the hatch. After about 30 seconds, the spacecraft ruptured, and despite the ground crew’s valiant attempt to rescue the trapped astronauts, all three men died of asphyxiation in less than a minute.

Every year at this time, NASA remembers all the brave men and women who gave everything to advance the mission of exploration. This year’s memorial is especially poignant because it marks 50 years since the space agency’s first major tragedy—the loss of Apollo 1.

Grissom, White, and Chaffee were honored with several touching tributes this week, including the unveiling of a new exhibit at the Kennedy Space Center. The exhibit includes the infamous hatch, which NASA hopes will serve as a memorial to honor the fallen heroes, and a source of inspiration to future generations.

“We can’t forget our fallen heroes—and they are heroes,” said Robert Lightfoot, the newly appointed Acting Administrator of NASA.

Astronaut Michael Collins, who piloted Neil and Buzz to the moon, explained the significance of the Apollo 1 crew’s legacy. “[W]e are here to contemplate a launch which did not take place but that in many ways was just as important as any which flew later.”

Collins explained that the accident was a blessing in disguise. There were numerous issues with the spacecraft and with procedures in the rush to get to the moon. The accident resulted in the loss of three lives, but it saved countless in the process. Collins and many others believe that if everything went as planned on that fateful January afternoon, America might not have made it to the moon, and certainly not on Kennedy’s time schedule.

“Without Apollo 1 and the lessons learned from it, in all probability, such a fire would have taken place later in flight, and not only the crew, but the entire spacecraft would have been lost,” Collins said. “NASA, with no machinery to examine, could only guess at the causes and how to prevent still another occurrence. Yes, Apollo 1 did cause three deaths. But I believe it did save more than three later.”

Collins explained that to the crew, the Apollo program was a manifestation of what made America great. Their deaths were incredibly tragic but these three heroes were able to unite our country under a common goal, during a tumultuous time, moving the country forward in what was considered a desperate race between good and evil—ultimately America was better off for it.

Fifty years later, we find we are a nation divided again, and perhaps this is the best time for an exhibit like this. We need heroes now more than ever.

Correction 1/30/2017 at 10am ET: An earlier version of this article implied that pure oxygen is flammable. In fact, high concentrations of oxygen just make it easier for other materials to combust, whereas the oxygen itself doesn’t burn. The article has been updated to correct the error.