The W.H.O Says Sexual Transmission Of Zika Is More Common Than They Thought

And women in Zika-stricken areas should have birth control available 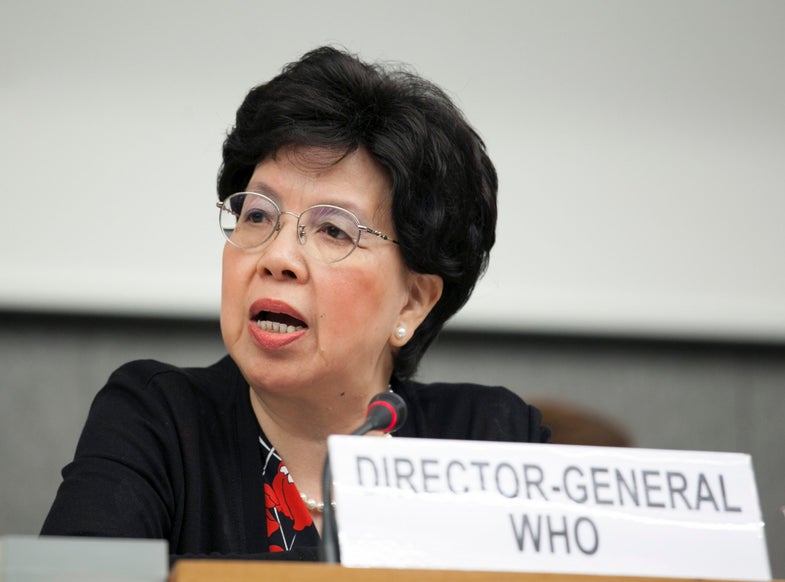 Ambassador Betty E. King attended the launch of the renewed Syria Humanitarian Response Plan and Syria Regional Response Plan. The appeals underscore the scope and magnitude of the Syria humanitarian emergency and serve as a wake-up call to the world of the gravity of the situation. These appeals also reflect the groundbreaking efforts between UN agencies, NGOs and refugee-hosting governments to collaborate to meet the humanitarian needs in Syria and in the region – not only for Syrians but for other refugees and trapped migrants. By contributing through the UN agencies, governments can rest assured that international standards are being met by experienced professionals directing aid operations, and funding is spent in coordination with host governments and other aid agencies. We commend the efforts of our humanitarian partners to prioritize and target assistance to meet the needs of the most vulnerable refugees and internally displaced persons. U.S. Mission Geneva / Eric Bridiers. U.S. Mission Geneva / Eric Bridi
SHARE

At a press conference today, World Health Organization Director Margaret Chan said that based on investigations from several countries, sexual transmission of the Zika virus is more common than previously thought. However, W.H.O officials said that the main method through which Zika is spreading is still mosquitoes.

The evidence for a link between infection with the Zika virus and the development of microcephaly is growing stronger. In addition, Chan said that cases of Guillain-Barre syndrome–which can cause paralysis in adults and children–has been reported in nine countries in which the Zika virus is also present.

But while researchers continue to find strong correlations between Zika and microcephaly, a typically rare condition in which a baby is born with an abnormally small head, the W.H.O advised that health officials should not wait until a definitive link is established before making recommendations. As such, the W.H.O has advised pregnant women not to travel to areas where Zika is prevalent, something the CDC has also advised women in the U.S. against as well. And for women in Brazil and other areas afflicted with Zika, Chan recommended that women in those areas should have available to them “resources to help prevent or delay pregnancy.”

This announcement comes about a month after the W.H.O declared Zika and its possible association with microcephaly a Public Health Emergency of International Concern. In the future, researchers will continue to investigate this possible link, exactly how the Zika virus is transmitted, as well as a possible vaccine for the virus, which the W.H.O said might be either a few months or a few years away.