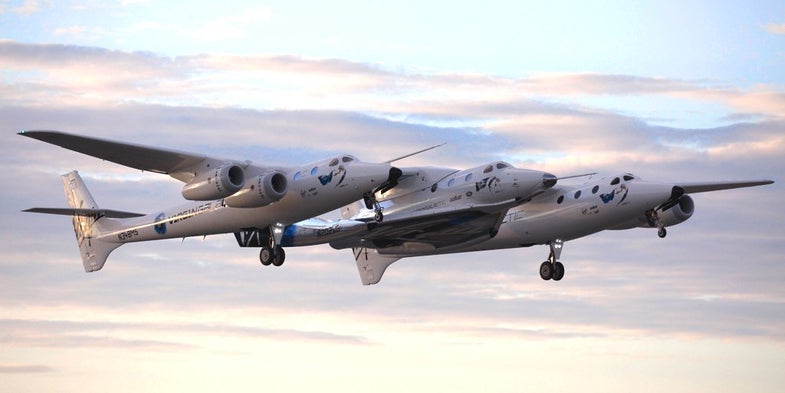 It is harder to learn to fly a second time. Virgin Galactic, the private spaceflight firm headed by billionaire Richard Branson, lost its first SpaceShipTwo in a pilot-caused crashed in 2014, setting back dreams of passenger spaceflight. The new SpaceShipTwo, named VSS Unity (and not SpaceShipThree), was unveiled in February. Today, slung beneath the wing of its WhiteKnightTwo mothership Eve, Unity took to the sky for its second-ever flight.

The mothership is an essential part of Virgin Galactic’s space program. Carried aloft under the mothership’s wing, the smaller, space-bound craft can just focus on rocketing beyond the atmosphere and then gliding back to Earth. Today, Virgin Galactic was set to test Unity’s ability to glide, but high, gusty winds over the Mojave scratched that plan, and Unity remained attached to Eve throughout the flight.

Still, it’s good to see progress. Much of Virgin Galactic’s enterprise after the crash has continued in a state of weird limbo, like a harbor without any ships.