This portable EV charger could be an antidote to range anxiety

It's like a can of gas, but for electric vehicles. 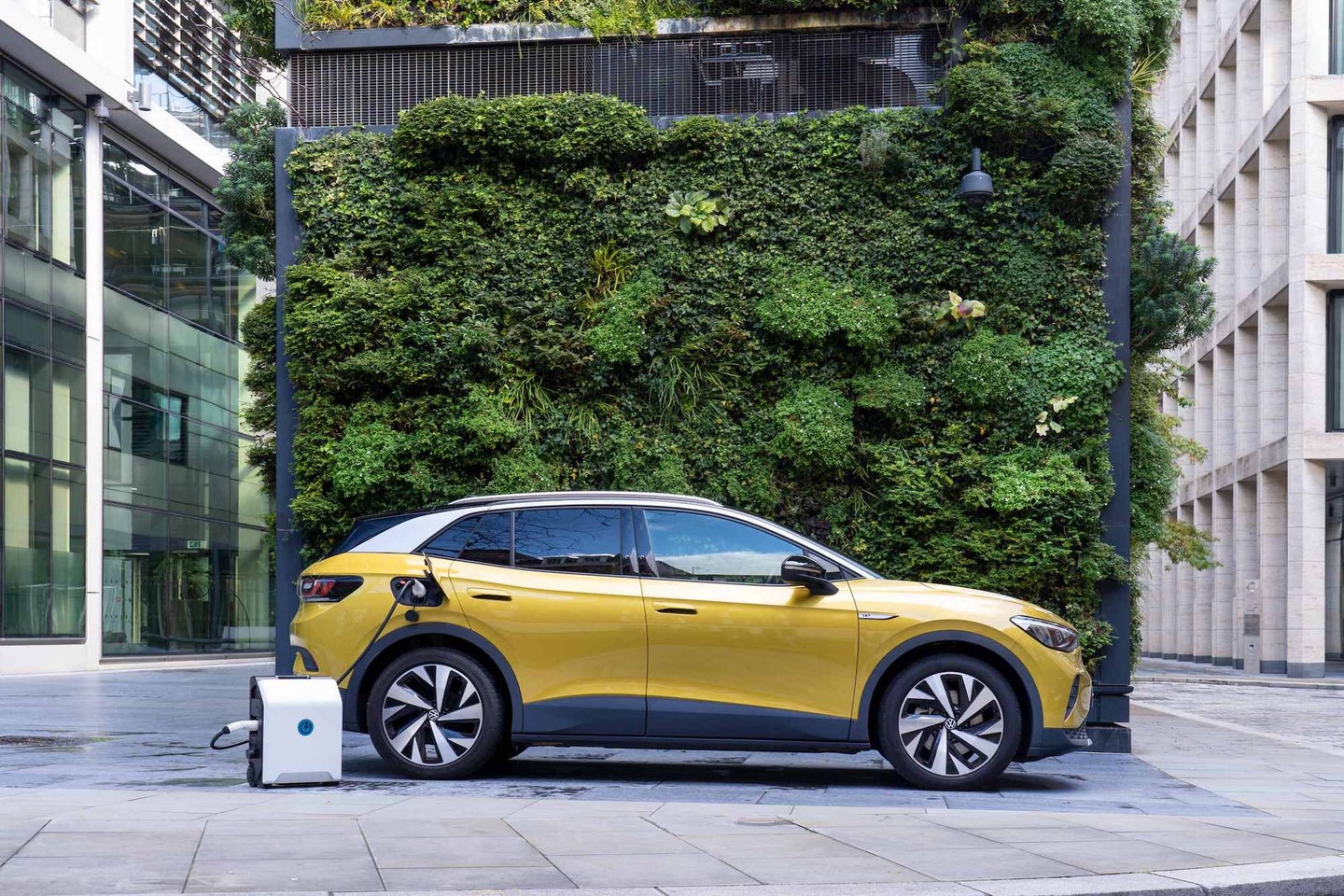 With an abundance of gas pumps in any given town, drivers have seemingly endless places to fuel up when out and about. And should a car run out of gas on the go, refueling is as simple as finding a jerrycan, filling it up with a few gallons of gas, and pouring it in the tank. But electric car owners aren’t so lucky, especially since chargers aren’t as abundant as gas stations.

That’s where electric vehicle (EV) accessory startup ZipCharge comes in. The British newcomer is offering EV owners a partial solution for range anxiety by offering peace of mind between chargers, should they wind up in a situation that calls for a few extra miles of juice to make it to a charger, or live in a place where overnight charging simply isn’t possible.

Called the ZipCharge Go, the suitcase-sized battery pack on wheels is designed to hold a sizable amount of electricity that can be used to charge an electric car in a wide range of scenarios. Most notable is when an EV might need to top-off its range in order to drive to a public charging station; a car’s owner can carry the Go in the trunk of the car and use it to recharge the battery should the car run low in a traffic jam, or just about in any other scenario like that one. It’s similar to carrying around a spare can of gasoline, just without the smell and risk of spillage.

ZipCharge says there are other uses too. For example, one of its target customers are EV owners who park their electric vehicle on the street without access to curbside charging. The standard Go can be charged up in the home in around an hour, wheeled out to the vehicle, and then transfer its full charge to the idle EV within about 20 to 30 minutes. This allows access to charging for people who would otherwise not consider an electric car because of their lack of at-home access to charging infrastructure.

The large power pack can also charge just about anything that plugs into it thanks to a handy power plug built-in. ZipCharge co-founder Jonathan Carrier says that eScooters, power tools, and even small appliances in the home can make use of the charger.

ZipCharge will produce two versions of the Go: a 4-kilowatt-hour version that can deliver up to 20 miles of range in an average EV, and an 8-kWh version that can provide up to 40 miles. The smaller pack, which weighs in at around 55 pounds and is smaller than a typical bag that can be carried onto an airplane, will launch in the United Kingdom. Carrier, the co-founder, says it will provide enough charge to cover most workers’ daily commute in the UK, whereas the 8-kWh variant will cover the US, where the average commute is 25 miles. Both variants will feature GPS tracking and cellular connectivity to protect against theft and provide in-depth information about the pack’s state of charge, or current charging session.

And while range anxiety is a very real thing today, the EV drivers of tomorrow will hopefully have to worry about it a bit less, at least in the United States.

The new infrastructure bill, which is expected to be signed into law on Monday, will look to solve the EV charging conundrum by allocating $7.5 billion to expanding the number of charging stations across the country. Public charging providers will then use that money to help increase the number of chargers around the United States. More specifically, these companies are expected to increase the density of publicly-accessible Level 2 charging, which typically delivers around 20 miles of range per hour that the vehicle is plugged in, according to the U.S. Department of Energy.

Currently, there are 40,714 Level 2 charging stations across the nation, but that means there’s a total charging capacity for 89,811 cars at any given time due to the number of plugs at each station. That number, along with the number of Level 3 Fast Charging stations, is expected to increase considerably over the next few years thanks to the infrastructure bill, but exactly how much depends on the way funding is allocated by each individual state.

That’s still a bit forward-looking, however, and there’s always going to be a situation where someone, somewhere, is going to run out of charge—just like people today run out of gasoline. And if owners of the Go choose to carry it along in the trunk, it should have a negligible impact on range, and could even result in a net-positive impact by not requiring a user to drive out of their way to a charger should they need to top-off in an emergency.

The ZipCharge Go launches next year in the U.K., and will follow shortly after in the global market. The one caveat? The peace of mind needed to put range anxiety to sleep won’t be cheap. ZipCharge says it plans to lease the Go for $67 per month (£49), or offer an outright purchase option for owners around the time that it launches.