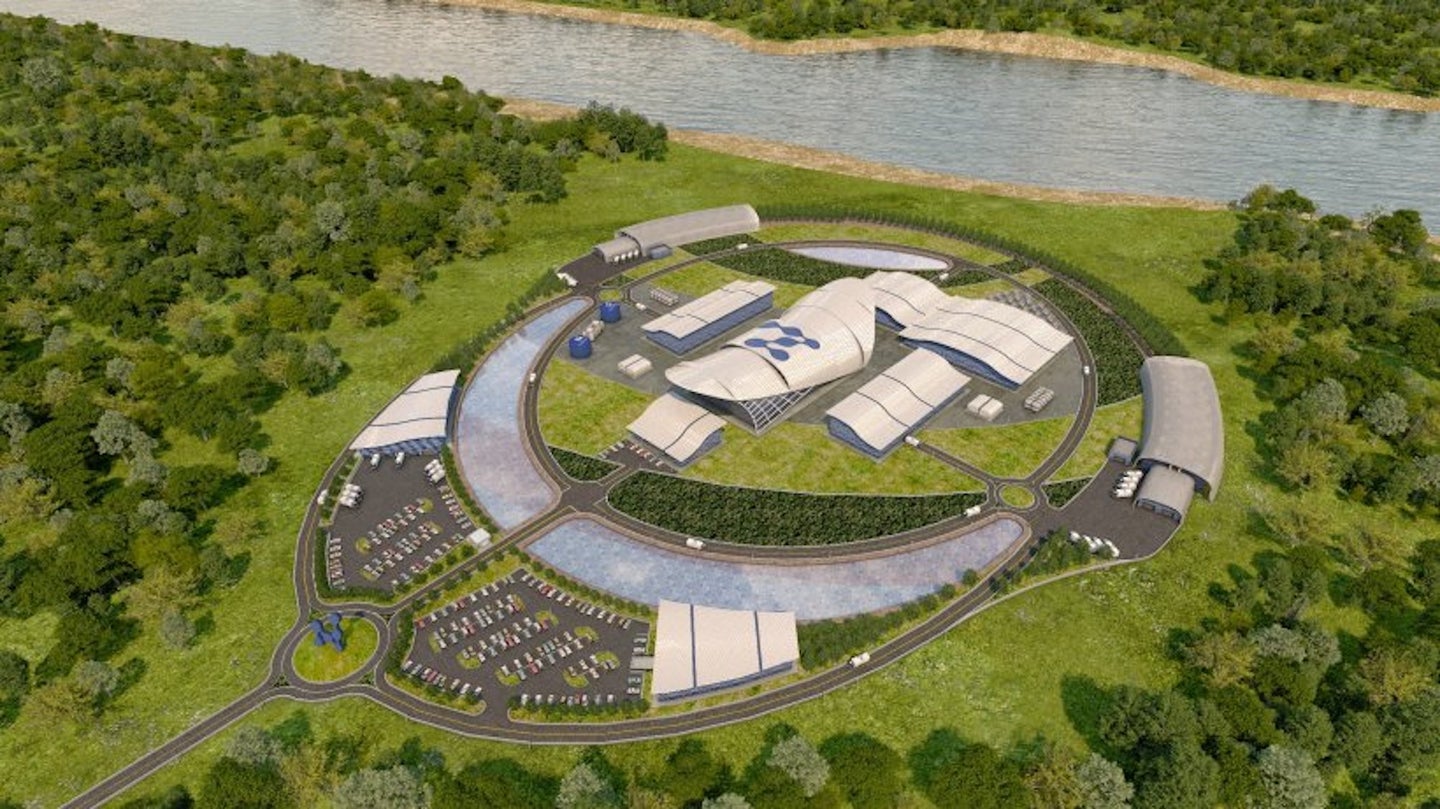 The US Nuclear Regulatory Commission recently announced its approval of the designs for a first-of-its-kind small modular reactor (SMR). This could signal a potential shift in the development and integration of next generation power plants in the US. While traditional nuclear facilities have long been based on very narrow specifications—think the instantly recognizable cooling towers—NuScale Power honed its SMR design over nearly a decade following early concept research undertaken at Oregon State University.

[Related: How to survive a nuclear bomb shockwave.]

Unlike existing plants, NuScale’s modular SMR allows for most of its components to be assembled within factories, hypothetically making them both cheaper and simpler to build on-site—although it remains to be seen if these new plants can break the stereotypically astronomical cost increases associated with nuclear construction. When completed, NuScale’s VOYGR™ SMR can house 12 factory-built power modules, each capable of generated 50 megawatts of power while taking up roughly a third the space of traditional large-scale reactors. The modules also only rely on natural processes like gravity and convection to cool the reactor without the need for any additional water, power, or operators.

Despite clearing the major regulatory hurdle, actual deployment of NuScale’s SMR is still years away. The company is currently working alongside the Department of Energy and  utility provider Utah Associated Municipal Power Systems to construct a demonstration facility at the Idaho National Laboratory. The first module is expected to come online in 2029, with full 462 megawatt plant capabilities scheduled for the following year.

[Related: How nuclear fusion could use less energy.]

Even then, numerous concerns remain surrounding the nuclear industry as a whole, from nuclear waste disposal, to uranium mining concerns, to the potential safety issues. Despite huge strides in design and size, NuScale’s SMR still must tackle some of those worries.

Still, the NRC’s recent approval of the first small modular reactor could soon usher in a major new era for nuclear energy. If nothing else, it’s not everyday that you hear of a new nuclear plant getting the greenlight—as The Verge also noted on Monday, the NRC has only approved six previous nuclear plant designs, all of which are much larger than NuScale’s proposed alternative.