An Awesome Family Is Sending A Real-Life TARDIS To Space

A Doctor Who-themed satellite got funding on Kickstarter, and will get launched into space at the end of the year. (But can it travel through time, too?) 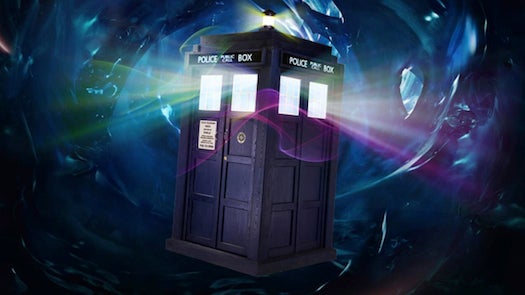 The TARDIS, a time- and space-traversing, police-box-shaped ship from the long-running sci-fi TV show Doctor Who, is really heading into orbit.

This November is the 50th (50th) anniversary of Who, and to celebrate, a father-daughter pair built a tiny TARDIS-replica satellite. In May, they sought $33,000 on Kickstarter to launch of the satellite. Now they’ve hit the goal and then some: backers ponied up $88,880 to strap the satellite onto a rocket and drop it into Low Earth Orbit. It’s loaded with a camera for snapping shots of the Earth below, along with a hard drive, so backers can send a small amount of data on board (perhaps enough for one of a plethora of excellent Who GIFs). The windows on the exterior of the satellite are solar panels, which will keep the TARDIS running while out in space.

The project may sound a little optimistic, but it’s probably doable. We’ve seen CubeSats, which are small, cheap-to-produce boxes that get strapped on to rockets. Once CubeSats get high enough, they fall off the mothership and into orbit. The TARDIS’s creators don’t specify the launch plan for their project except to say the TARDIS will be strapped to someone else’s payload–so the setup might be similar to that of CubeSats.

Can’t wait! If only there were some kind of mechanism for traveling to November right now.