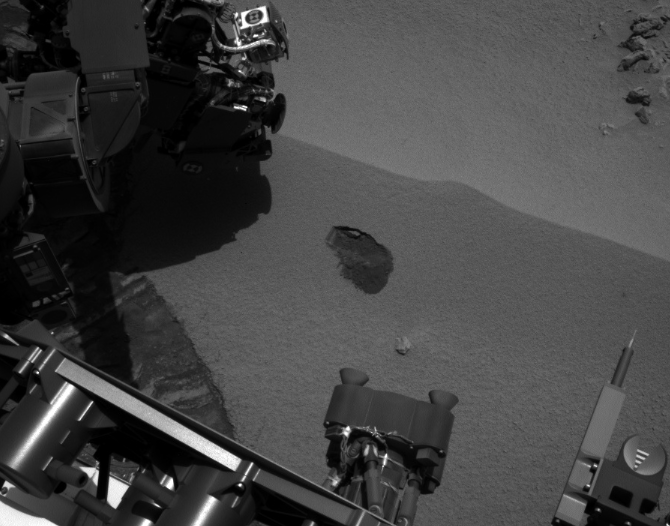 The Mars rover Curiosity has been doing a variety of things to rocks since it landed, like zapping them with its laser eye, touching them to sniff their innards, and so on. On Sunday, a new first: The rover scooped up grains of Martian sand then shoveled them into its maw.

Curiosity is equipped with several internal instruments that will bake and X-ray rocks to determine their histories. This virgin scoop will be used to season some of the rover’s guts. The sand, taken from a site called Rocknest, will be held and vibrated inside each chamber of Curiosity’s sampling mechanism. In the image above, the gash in the soft Martian soil shows where Curiosity collected its sample.

Eventually, Curiosity will drill into rocks to pulverize them, and tuck the dust inside its instruments for further study. The Chemistry and Mineralogy (CheMin) and Sample Analysis at Mars (SAM) instruments will help scientists determine if Curiosity’s exploration zone in Gale Crater could have ever played host to life.