The first-ever winners of the BotPrize, a contest to design a gaming bot that can fool opponents into thinking it's a human player. 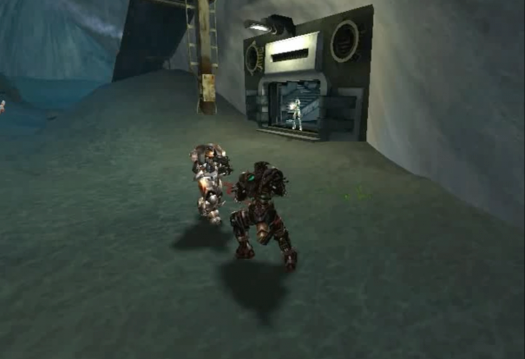 Two virtual gamers have convinced a panel of judges they were more human than the humans they competed with in a first-person shooter game, winning the five-year-old BotPrize and beating the Turing test of machine awareness. The game bots were video game characters controlled by artificially intelligent algorithms.

One was created by computer scientists at the University of Texas at Austin, and the other by a doctoral student from Romania. The bots faced off in a game called “Unreal Tournament 2004,” in which each player tries to eliminate its opponents. Along with normal character-killing weapons, each player also had a “judging gun,” which they used to tag characters as humans or bots. The bot that is judged as the most human-like is the winner. The bots created by the two teams both achieved a humanness rating of 52 percent — way higher than average human players’ humanness rating of 40 percent, according to the BotPrize. The two teams will share the $7,000 first prize from sponsor 2K Games.

Watch below as the UT Austin bot, UT^2, kills a human opponent.

The victory comes during the 100th anniversary year of the birth of Alan Turing, the mathematician and father of computer science, whose “Turing test” is still the definition of machine intelligence. The best measure of artificial intelligence is whether it can fool people into thinking it’s one of us, he said.

Why make machines seem more human? In video games as in real life, humans are unpredictable — we hold grudges, make illogical decisions, make mistakes and learn from them, and so on. Robots don’t do this very well, or very convincingly. The BotPrize is an effort to design algorithms that can do it better. Eventually, video games, helper robots and even training simulators will feel more real, using research like this.