Neri Oxman, the director of the Mediated Matter research group at the MIT Media Lab, designs skins and body armors... 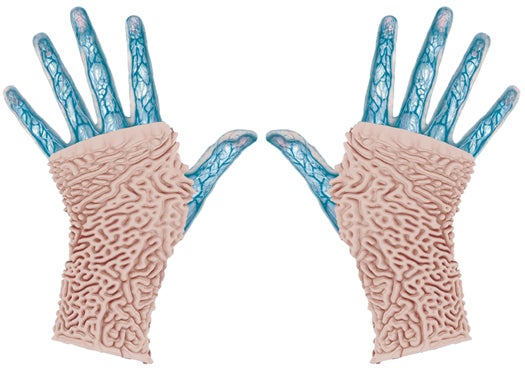 Neri Oxman, the director of the Mediated Matter research group at the MIT Media Lab, designs skins and body armors inspired by human tissue. “Most patterns in nature—whether scales or spiderwebs—have some kind of logic that can be computationally modeled,” she says.

A common example is known as a reaction-diffusion (RD) system. As chemicals form our skin pigments, the force of their reactions shapes how pigments get distributed. To build some of her armors, Oxman works with her colleague Craig Carter to formulate equations based on RD systems. With these equations Oxman creates bitmaps, which determine the location and amount of her composite materials (called photopolymers). She then feeds these bitmaps into a printer to construct functionally graded materials (FGMs). An FGM is the opposite of most man-made materials, which are homogeneous—concrete pillars, for example.

By constructing her armor in 16-micron chunks, layer by layer, Oxman’s creations are as multipurpose as our pores. “Our skin is structured not unlike FGMs: On our face our pores are large, for filtering, while our back pores are small, to form a more protective barrier.” A collection of her RD-based wearable skins and armors, more a demonstration of a new technique than functional protective plates, goes on display at the Centre Pompidou in Paris this month. 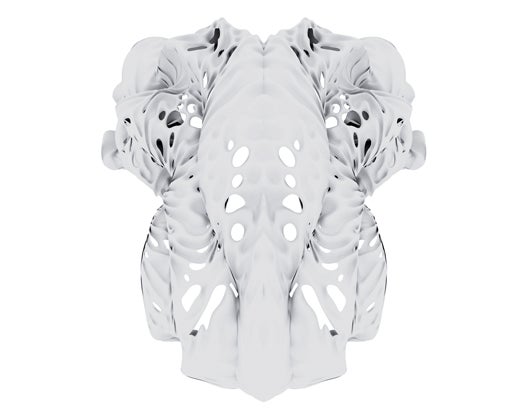