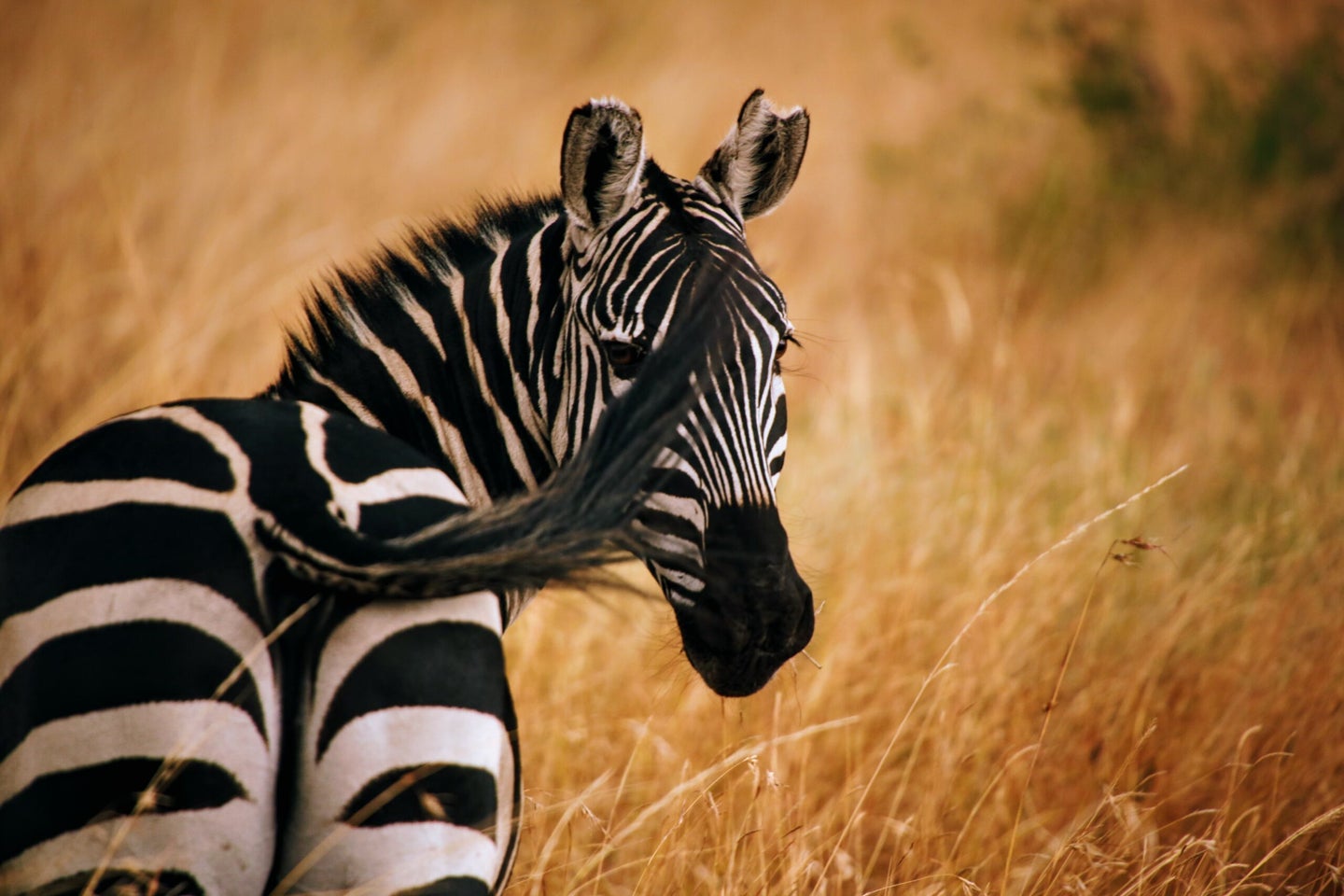 A zebra butt in its natural habitat. Tom McNamara
SHARE

Like parents of twins, wildlife biologists can easily differentiate between similar-looking creatures by noting slight differences that an outside observer would miss. But in the wild, it can take some time to locate the right animals so they can be identified.

“StripeSpotter,” designed at the University of Illinois-Chicago and Princeton University, will help researchers build biometric databases based on field photographs. The programmers are building a zebra-print database for Plains and Grevys zebras in Kenya.

StripeSpotter users would only need a digital camera and a laptop capable of running the simple program. Take a picture of a zebra, and the StripeCode algorithm extracts certain image features, using a dynamic programming algorithm to compare them and search for a match. This way, ecologists can determine whether an animal has been observed before, and then take field notes, GPS coordinates and other information. If there is no match, the assumption is that the zebra has never been spotted before.

It could also be used for other striped animals like tigers and giraffes, the researchers say.

The system is described in a paper to be presented this month at the International Conference on Multimedia Retrieval.