Taiwanese Researchers Developing Bendable E-Readers and Screens Made From Silk

Your next smartphone could be manufactured by goats 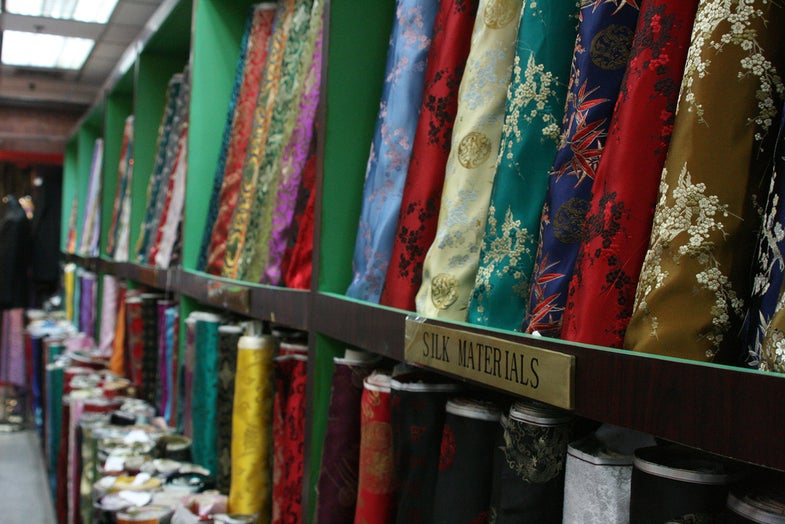 New e-readers and LED displays could soon be made out of silk, after a breakthrough by researchers in Taiwan. It could be one way to use all that spider silk milk produced by genetically modified spider-goats.

Most thin-film transistor displays are made of silicon deposited onto glass, resulting in rigid screens. There have been some examples of flexible thin-film transistors using organic materials, like a scrollable screen developed by Sony last year. Using natural silk instead is a cheaper way to enable flexible materials. Even better, the silk-based membranes result in improved electron field-effect mobility — meaning better-performing flexible electronics, according to Hwang.

The researchers are reportedly working with manufacturers to commercialize the process, but Hwang said it would take at least two to three years before they hit the market.

That means the Taiwanese firms will need access to plenty of silk. Of course, you would want the toughest silk possible, so your e-reader version of PopSci could survive being rolled up in your pocket or shoved in your bag. Thankfully, teams of genetically modified silkworms and spider-goats are producing spider silk proteins, yielding new ways to produce the strongest silk on Earth.

Just imagine — a future milk factory with hardworking goats pumping out gallons of spider silk proteins, to be spun into new display screens.

The research is published in the journal Advanced Materials.