The Missile Defense Agency’s airborne laser weapon is supposed to save us all from imminent nuclear demise, but after yesterday’s... 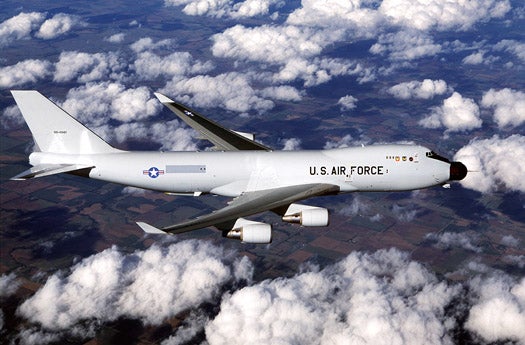 The Missile Defense Agency’s airborne laser weapon is supposed to save us all from imminent nuclear demise, but after yesterday’s botched test firing – the second failure in a row – the Airborne Laser Test Bed program may not be able to save itself. During a test run off the California coast yesterday, the high-energy lasing Boeing 747 located a test missile in the sky but never got down to the very important business of blasting it out of the sky.

To quote the MDA, via press release: “Preliminary indications are that the system acquired and tracked the plume (rocket exhaust) of the target, but never transitioned to active tracking. Therefore, the high energy lasing did not occur.”

The release went on to say that an investigation into the failed test is looking into a possible problem with valve within the laser system. But even if engineers identify and correct the problem, whatever it is, it might be too little too late for the ALTB. A software problem caused a test failure back in September, and a second failure in two months might be the last nail in the coffin for the MDA’s very expensive experiment in missile interdiction.

The ALTB was running behind schedule and way over budget back in February when it successfully blasted a rocket – still in its boost stage – from the sky over a test range in the Pacific. That success boosted its withering support in Congress and persuaded the Pentagon to throw $40 million more at the program for more trials. Now that it’s failed them both, it might be hard for the DoD to convince Congress that it was money well spent.