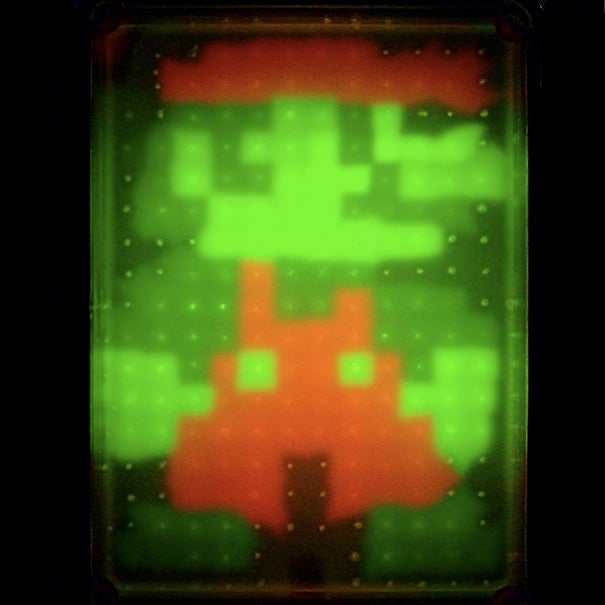 Nintendo’s Mario has taught us science and even encouraged the development of better artificial intelligence. So it’s only appropriate that Japanese researchers paid homage to everyone’s favorite video game character, by recreating his likeness in a petri dish with genetically engineered glow-in-the-dark bacteria. Warning: we reveal a seizure-inducing Mario animation after the story jump.

You can gawk at this and other fine petri dish masterworks at this New Scientist gallery.