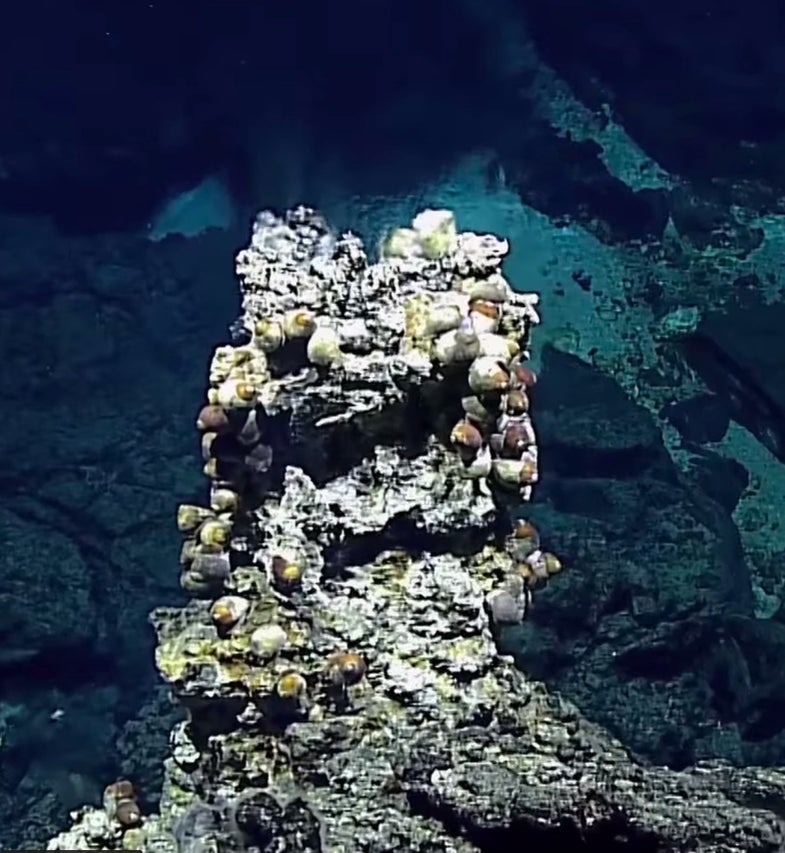 The Chamorro Seamount was supposed to be a quiet place to explore. Though it is a volcanically formed mountain at the bottom of the sea (a seamount…get it?) there had been no historical eruptions at the site. But when a NOAA research vessel began exploring it last week, they found that it wasn’t a cold, dead zone.

Instead, more than 3,000 feet beneath the ocean surface, they found small hydrothermal vents dotting the flanks of the seamount, erupting hot water into the frigid depths and teeming with life. The footage above comes from the camera-toting submersible ROV the Deep Discoverer, and you can hear several scientists’ reactions as they watch from above the water.

In the video caption the researchers wrote: “The dominant fauna throughout the dive was stylasterid corals (a type of hydrocoral) and animals known to be found in common association with vents, such as the Alvinoconcha snails and alvinocaridid shrimp seen in the video. Other fauna documented during the dive included unusual amphipods, rare blind (polychelid) lobsters, two species of unidentified demosponges, cutthroat eels and rattails, and a variety of fish swimming near the vents.”

NOAA has been exploring the area near the Mariana trench for the past few months, mapping out the seafloor and introducing us to remarkable creatures like ghostly octopuses, and out-of-this-world jellyfish.

You can watch the expeditions’ live broadcasts until July 10th.