A coat of paint can passively cool down buildings in increasingly hot cities. 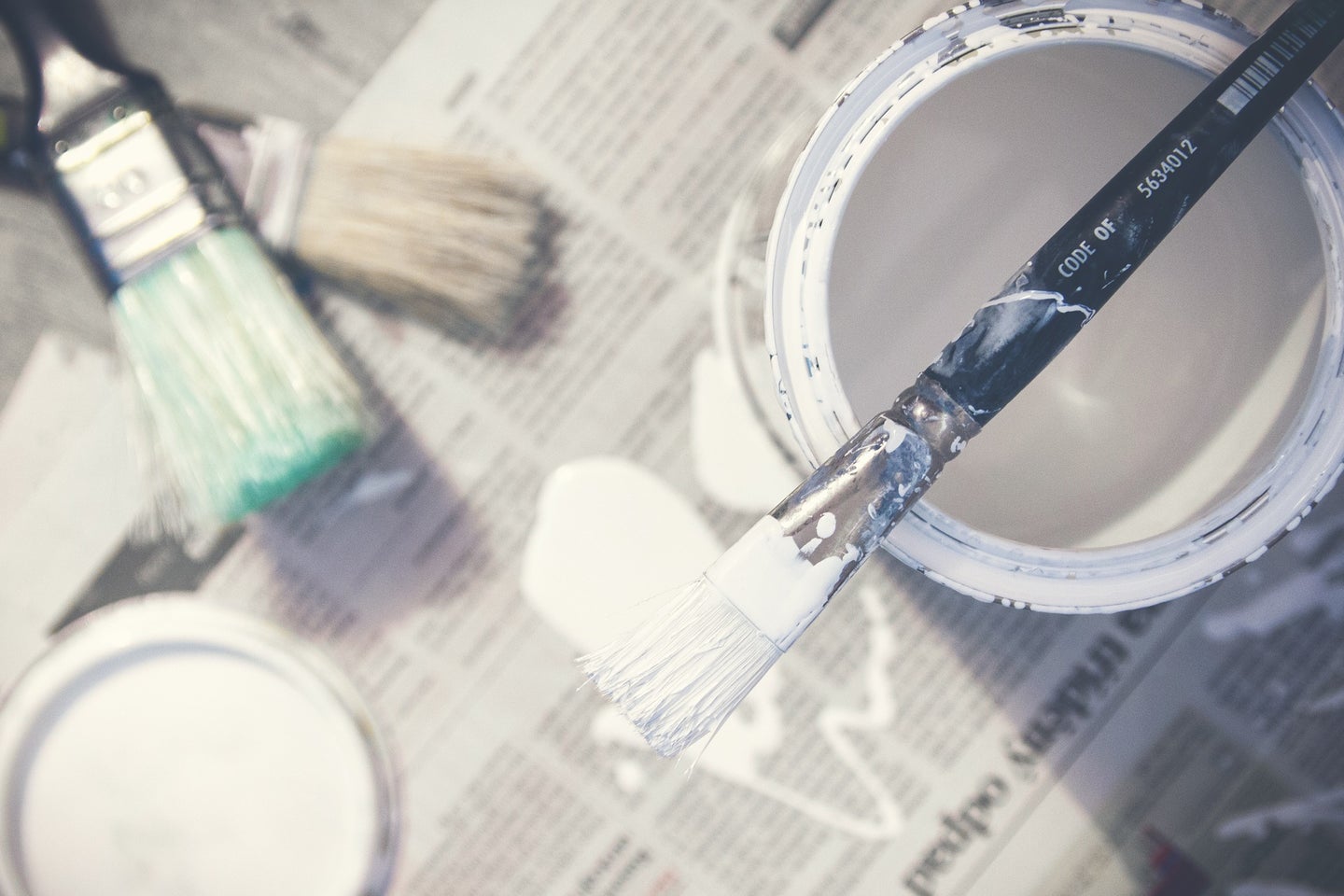 Normal white paint is reflective, but a new formula from Purdue University takes that to a whole new level. tookapic from Pixabay
SHARE

On a hot summer day, the temperature of a dark roof or sidewalk climbs even higher than air temperature to sometimes egg-griddling heat, making the outdoors even more unpleasant and dangerous.

Cities looking to reduce urban heat islands need to find creative ways to cool buildings, and something as simple as super reflective white paint could be a solution. New research led by Xiulin Ruan, a professor of mechanical engineering at Purdue University, builds on research creating the ultimate cooling ultra-white paint his lab first conceived last year. Now, they have found a formulation that reflects light and cools surfaces below the ambient air temperature better than any other type of white paint available on the market.

“We went out to look for other materials that do not absorb the UV at all,” he says. Commercial white paint uses titanium dioxide to get its white color, but Ruan and his lab have tried out different compounds to create the most reflective white paint possible over the years.

Their previous iteration of white paint used calcium carbonate, a widely available mineral that makes up seashells and limestone. This time, they used barium sulfate, a compound used in x-ray imaging and plastic production. The scientists not only changed the material to make their ultra-white paint but increased the concentration and varied the particle sizes of the barium sulfate.

“We found that a single particle size wouldn’t do a good job because it turns out that each particle size can only reflect one wavelength,” Ruan says. Sunlight is made up of many different wavelengths, so having various particle sizes in the paint makes a big difference.

All of this created a highly reflective white paint that can act as a passive air conditioner. The paint actually lost more heat than it gained. That essentially means “without using any electricity the surface can be cooled below the ambient temperature under the sun,” Ruan says. In the experiment, which happened over a few days in March in Indiana, the sample of the new white paint was around 19 degrees Fahrenheit chillier than the ambient air temperature at night and 8 degrees cooler during the day. Commercial paint didn’t have the same cooling power and, instead, just warmed by around 12 degrees.

[Related: Can planting more trees keep cities from heating up?]

Cool roofs are a significant area of need across the U.S., particularly in hot cities that are rapidly heating up. While air conditioning is important, it just shuffles hot air around between indoors and outdoors and can have a pretty hefty carbon footprint. Cool roofs and surfaces are needed to take sunlight and reflect it back into the atmosphere instead—cutting air conditioning costs potentially up to 70 to 80 percent Ruan says.

Within one to two years, this super-chilly, super-white paint should be able to hit the market after more research and testing, Ruan says. Barium sulfate is affordable; commercial paint costs with this compound added would be comparable to what is already available. The paint could have more uses than just buildings and roofs. Outdoor equipment, such as transformer boxes or construction equipment that can quickly overheat, might also be in line for a fresh coat of paint.