Don't flush your money away on a simple repair. 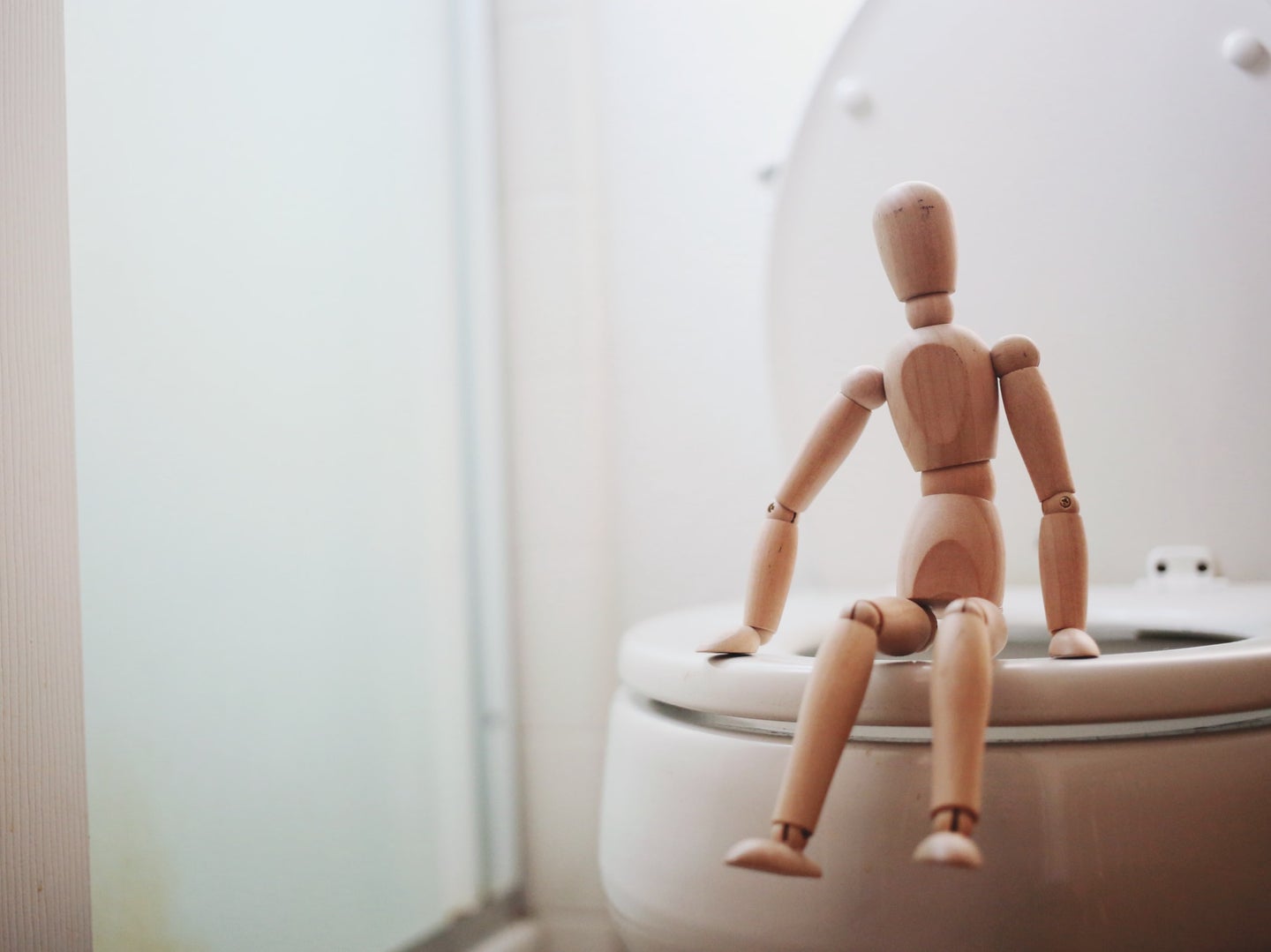 Take a seat, it's time to learn about toilets. Giorgio Trovato/Unsplash
SHARE

Your toilet is always there for you. It waits in the same spot every day, ready to receive your gracious gastrointestinal gifts with open arms. But have you really gotten to know your porcelain partner beyond its beautiful (if sometimes cold) exterior?

If you haven’t, you could be in for some heartbreak when things start to go wrong: running water, a flush handle that doesn’t work, even “ghost” flushes. Rather than scheduling an appointment with a plumbing therapist, patch up the broken parts on your own—all it takes is a little time and patience.

Before you make any repairs, though, you should shut off your toilet’s water supply. Find the pipe going into the wall behind the toilet and turn the valve off. Then, you won’t have to worry about getting too wet while you work.

Eyes are the windows to a person’s soul, and the flush handle is the gateway to everything that makes a toilet go woosh. If you’re not sure where it is, please, we’re begging you, flush your toilet.

The main problem you’ll encounter with the handle is when it simply doesn’t work. In a pinch, you may be able to lift the lid off the toilet tank and manually pull on the lever attached to the handle. This will open the flush valve at the bottom of the tank, emptying the water into the bowl and pushing your waste into the sewer. But that’s not the most elegant or sustainable solution.

A useless handle has two common causes: Part of the flushing apparatus may be weak or broken, or the chain that links it to the flush valve may have come undone.

In the second scenario, all you have to do is reach into the tank and reattach the chain. To avoid fiddling around with it underwater, you can lift the flush valve, emptying the tank. Just be sure you’ve turned the water off at the wall or it’ll immediately begin to refill.

If the chain is attached and the handle still doesn’t work, check the nut that holds the handle in place. The looser it is, the less lift the flushing lever gets, says Dan Halloran, senior engineer for toilets at Kohler. Unlike most nuts, though, this one tightens when you turn it to the left, counteracting the motion of the handle.

In rare cases, your handle may not function despite everything being in working order. That means your flush valve could be stuck. If it is, try cleaning it off (there might be sticky sediment buildup); if that doesn’t fix the problem, you’ll have to replace the valve—we’ll talk about that next.

If the flushing mechanism is beyond repair, you might need to buy a new handle and lever altogether. Before you do, note its location on the tank. It might feature a front, side, right, left, or angled mount, and if you get the wrong one, it won’t fit. There are, however, universal mounts that work with all popular toilet brands, says Anne Sebestyen, the plumbing repair merchant at Home Depot, though these may be slightly more expensive.

When you flush a toilet, the handle lifts a lever that opens the flush valve. This is nothing more than a rubber or plastic flap that opens and closes, which is why some people call it a “flapper.” When it’s closed, the water stays in the tank, and when it opens, the water rushes into the bowl.

If your toilet seems to be constantly running, or flushes when no one’s using it, there may be something wrong with this valve.

“You might hear those noises and not think too much about it, but the next time you get your water bill, you’ll see that it’s a lot higher than normal,” Sebestyen says.

Usually, flapper problems hint at corrosion from cleaning chemicals (Halloran advises against putting cleaning tablets in the tank because of the risk they pose to toilet components), hard water, or simply spending long periods of time submerged.

Typically, there are two hook-like pieces toward the back of the valve, which must be disconnected. Once that’s been done, detach the chain that connects the flapper to the flush handle and install the new valve. It should just clip into place.

Pay particular attention to the float, a fishing bobber-like piece that’s attached to the valve. Set it at the same level as the one you took out. The lower the float is, the less water your toilet will use. If you set it too low, you won’t use enough water, reducing the effectiveness of your porcelain throne, Halloran says.

To find the right part, you can simply search for a valve that matches what’s already in your toilet— or you can jot down the manufacturer and model to get the exact valve. Generally, there’s a marking inside the tank with the model number that you can then look up on the  maker’s website, Halloran says.

Once your toilet flushes, the fill valve, well, starts filling it back up. “They didn’t come up with complicated names when they named the parts of a toilet,” Sebestyen says.

This component likely has a built-in float, so it’s also called a float valve. When it feels the water level go down, it turns on and works its magic. Older toilets might not have an integral float—theirs will be separate—but those built in the last 25 years will, Halloran says.

If the tank isn’t refilling properly, or your toilet is constantly running, this valve could be the issue.

To replace it, Sebestyen says you must make sure you’ve turned off the water supply. Then use a pencil to mark the height of the water in the tank, and flush the toilet to get most of the water out. Take the refill tube out of the top of the overflow tube (behind the flush valve), and remove any leftover liquid from the bottom of the tank. You can completely clear it out with a shop vacuum, a sponge, or some towels.

Test-fit the new valve to make sure it’s set at the proper height. The critical level marking (you’ll see “C.L.” above a raised ridge near the top of the valve) should be about an inch above the top of the overflow tube. This will prevent any toilet water from being sucked back into the public water supply, Halloran says. If it’s not, you’ll have to adjust the valve.

From there, put the refill tube back where it was and fasten the new valve in place. Sebestyen warns against over-tightening the nut, because doing so can crack the toilet.

Now that you understand what’s going on under your toilet’s lid, you should be able to resolve the most common issues on your own. But if all the parts seem to be in working order and it’s still flushing on its own, uh, maybe think about calling a priest.