The company will not meet its 2017 deadline. 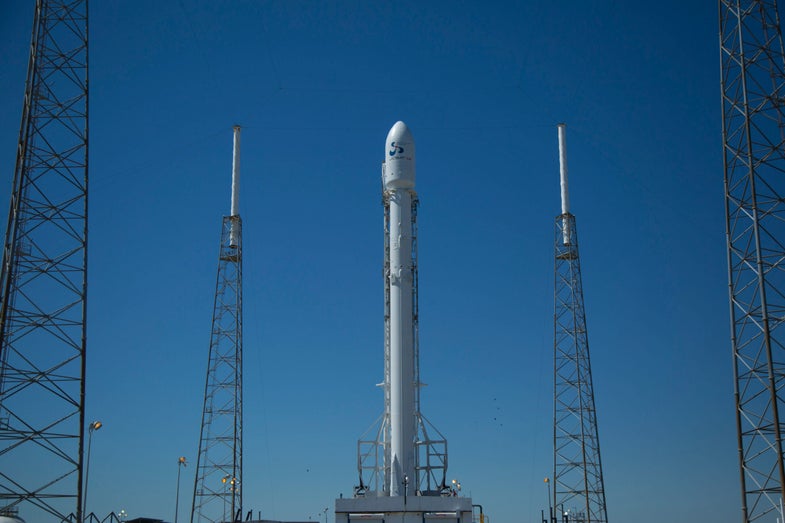 It’s official: SpaceX is not going to meet its 2017 deadline to carry its first astronauts into space. The first crewed flight of the Dragon capsule has been pushed back from August 2017 to May 2018.

Since NASA retired the space shuttle in 2011, American astronauts have been bumming rides from Russia to get to the International Space Station. Boeing and SpaceX are vying to bring those launches back to American soil, hopefully cutting costs in the process, and all while becoming the first private companies to launch astronauts into space.

Unfortunately, it appears NASA’s goal of launching those history-making missions may have been a bit too ambitious. Both companies had aimed to finish their uncrewed and crewed test flights before the end of 2017, but both companies have slipped the deadline. Boeing announced earlier this year that it wouldn’t be sending astronauts into orbit until 2018, due to some technical difficulties.

SpaceX, too, has had its fair share of difficulties—including the explosive kind. After its Falcon 9 rocket burst into flames on the launch pad in September, SpaceX has been grounded. The company is currently aiming to resume launching in January.

Adding to the difficulties, NASA’s International Space Station Advisory Committee is questioning SpaceX’s plan to fill up its rocket’s propellant tanks with astronauts onboard. NASA may ask the company to refine its boarding procedures and/or add new safety measures, which could take some time for SpaceX to implement.

But SpaceX may yet beat Boeing to carrying the first crews to the ISS. Currently, the first flight of Boeing’s uncrewed Starliner capsule is slated for June 2018, with a crewed test flight in August 2018. The Dragon’s first uncrewed flight is targeted for November 2017, with its first crewed flight to follow in May 2018.