2016 Mercedes E-Class Prepares Your Ears For A Crash

The sound of safety 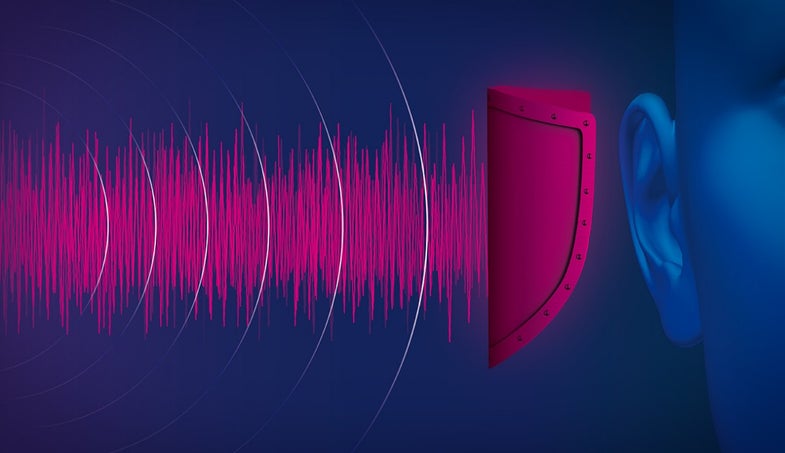 CES 2016 wrapped up last week, so there’s a lot of tech getting a lot of attention. Cars can talk to each other, cars can talk to street signs, cars can drive themselves — or they’re getting there, anyway. Much of this new technology is in the service of safety. If we can eliminate human error, we could save thousands of lives and who knows how many dollars.

But for now, drivers are still driving, and for the near future, we’re going to be required to sit in the driver’s seat, ready to take control back from our partially autonomous systems. And that means there’s still going to be human error, and we’re still going to have car crashes.

Mercedes-Benz has been a pioneer in much of the safety technology we now take for granted, and the company’s Pre-Safe system in the latest version of the E-Class takes safety to a very specific level: inside your ear.

When a loud sound happens – not just “My cat is hungry and crying about it” loud, but “My car just hit another car” loud – a reflex causes the tiny muscles of the middle ear to contract. They pull in to protect the delicate anatomy that allows us to hear and minimize any damage, such as hearing loss or tinnitus.

The 2016 E-Class with Pre-Safe will take advantage of that reflex for more protection. If the car’s sensors determine that a crash is imminent and unavoidable, it will emit “pink noise” just before the actual, and likely very loud, crash. The pink noise is described as being similar to a waterfall or the rush of traffic. A short burst of pink noise is enough to trigger the stapedius reflex, as it’s known, and cause the middle ear to contract. Then when the crash occurs milliseconds later, there’s ideally less damage done to your hearing.