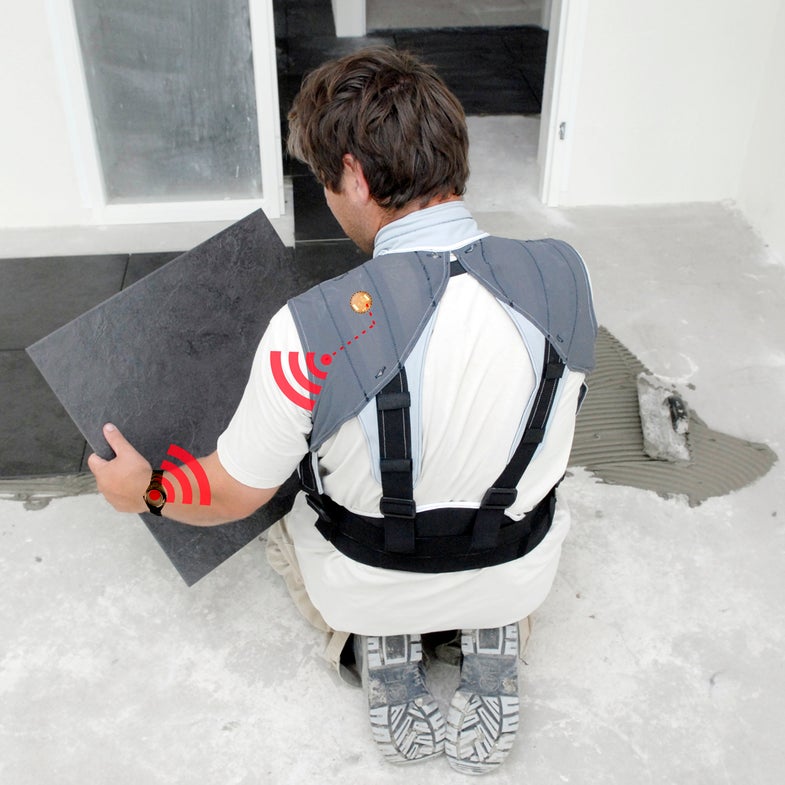 Real time biofeedback from athletes is popping up everywhere. From heart rate monitors to electrolyte sensors, there’s a push to know what’s happening inside the body. For each sensor, a good ‘connection’ to the body is critical for obtaining accurate data but that often requires that something be stuck to the athlete. Now, a new technology developed by ConText, a European research collaboration, hopes to monitor EMG signals without attaching to, or getting under, an athlete’s skin.

EMGs traditionally monitor a voltage change across the skin using a gel patch stuck to the body. In athletic competition, sweat, movement and comfort make this a less than ideal setup. The ConText project is instead focusing on capacitive sensors to monitor levels from a distance. In the capacitor model, the body serves as one plate while the electrode plate of the sensor acts as the counter plate. The electrode plate contains an insulating layer closest to the skin while the backside of the sensor has a second insulating layer to protect against external fields in order to reduce noise. The voltage fluctuation output is in identical form to traditional EMG’s making interpretation seamless for medical personnel and coaches. Testing has shown the data form the capacitive sensor matches that of traditional methods.

The first prototype, called ‘Your Move,’ was developed for field hockey by TNO. A vest containing the capacitive sensors is worn above the shirt to provide data on muscle activation in the upper body while an accelerometer provides data on posture. Coaches have said understanding when certain muscles fire has helped players optimize their shooting technique

Though it was first developed in the 1960s, applying capacitive technology has required improvements in amplifier technology that are only now coming to the market. With that technology now in place, ConText is looking beyond sports to a Wii like game controller; one that doesn’t monitor gross movement but instead the specific electrical activity with a given muscle.