In Space, No One Can Hear You Blog 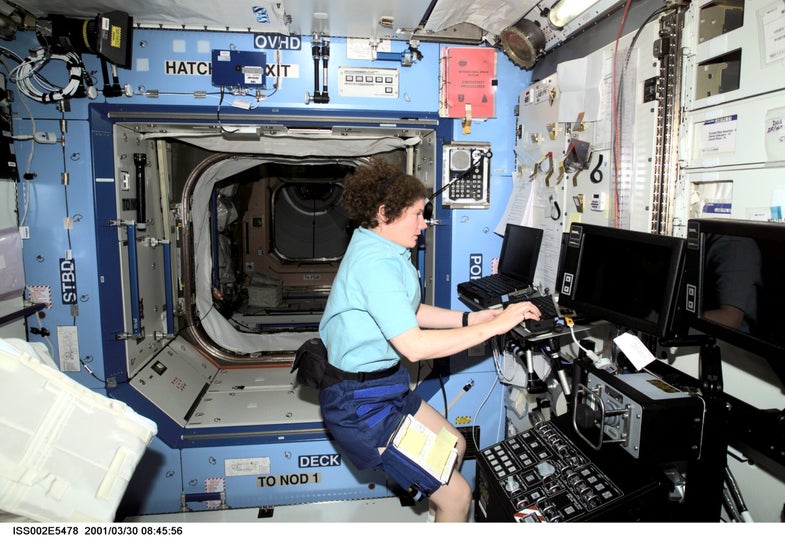 Despite it being in many ways a marvel of modern technology, the International Space Station can’t keep up with even the simplest modern cellphone in terms of data communication with Earth. Disruption-Tolerant Networking, a new protocol for transmitting data in space being developed jointly by NASA, Google’s “Chief Internet Evangelist” and others, hopes to change that.

Now, spacecraft like the ISS communicate with Earth over a single point-to-point connection using a transmitter that is essentially a souped-up walkie-talkie. Data transmissions must be carefully scheduled to coincide with periods where both the ISS and a receiving station are in range for long enough to complete the exchange.

Disruption-Tolerant Networking (DTN), however, would link spaceships and ground facilities in a mesh network of sorts, sending information in bundles which can be transmitted intermittently. That way, rather than maintain a constant connection, packets of info can be beamed down, or up, and stored for use later. This allows for the bundles to be transmitted partially when connections are tenuous, and then easily resumed by another node in the network. The bundles can be relayed along satellites, future habitats set up on the moon or other planets, or even astronauts own personal communcations gear.

The Internet is currently not set up in a way to would be feasible for space-based environments, where interrupted connections are common and communcations distance are measured by the hundreds of millions of miles. DTN’s packet-based system could solve the problem of communication over such interstellar spaces. I can’t wait for my first article comment from Mars.