A notoriously imperfect standard of measurement gets a modern makeover 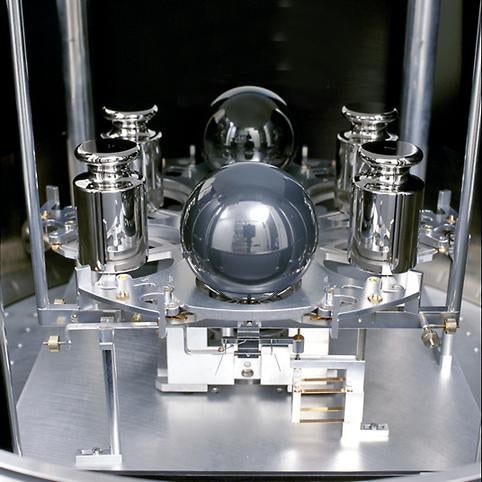 The science of defining measurements is a strange pursuit, and very much a quest to pin down those things which refuse to be immutably static. We have come exceedingly close to exact on a number of the important basics, like time and distance. We do that with methods and materials that can be recreated in laboratories anywhere on Earth, just the same as any published research should be replicable by a group of scientific peers. We have the second bound to the predictable radiation patterns of a caesium atom. The meter is a fixed interval of laser light traveling in a vacuum. But the kilogram remains a stubborn relic of the past, defined by a hunk of platinum machined in 1879 and stored under a series of nesting bell jars in a Parisian vault, along with six copies of itself. It’s the only measurement standard still based on a physical artifact. Hardly sounds internationally replicable.

The definition of the kilogram is exceptionally important because it is the basis for many other measurements in the International System of Units, the system we’ve all agreed upon as the de facto bottom line. Measures of force, pressure, power, and energy are directly built on the standard of the kilogram. Not only is the metal in France not re-creatable, but because it is an artifact, it gains and loses weight over time from simply being exposed to the atmosphere.

And so, scientists across the world are racing to redefine the kilogram and unhook its dependency from the International Prototype Kilogram (that hunk of platinum). One of the most promising methods has been devised by an international team of scientists as the Avogadro project. At a cost of over three million dollars each, they have manufactured identical spheres of silicon to a weight of exactly one kilogram. (There is an awful lot of detail behind how they did it; to give you an idea of its precision, if the sphere were enlarged to the size of the Earth, its highest point would be just shy of eight feet above sea level.)

Over the next two years, scientists will be painstakingly counting the number of silicon atoms in those spheres to arrive at a new, inflexible definition of the kilogram as represented by a finite number of silicon atoms. One which can be replicated or calculated in any capable lab in the world. It promises to be a much stiffer pin than the one in the vault in Paris.