A tiny but constant supply of the good stuff 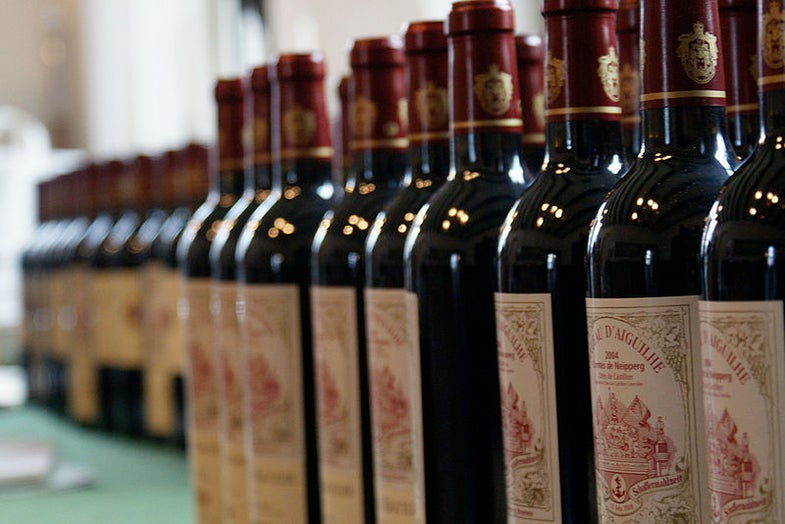 Okay, maybe it only makes a thimble’s worth an hour. But hey, that’s a bottle a month… or a glass every five or so days.

David Attinger, wine connoisseur and professor at Iowa State University, invented the device to study the fermentation process. While it’s not just for wine, scientists at the École Polytechnique Fédérale de Lausanne (EPFL) in Lausanne, Switzerland will use it to test how different yeasts or changing temperatures from climate change alter wines and their tastes.

Yeast is the single-celled party animal secretly responsible for making beverages alcoholic. Winemakers mix the yeast with grape juice; the yeast cells eat up the sugar molecules in the grape juice and rearrange them into carbon dioxide and alcohol through the fermentation process. That’s the so-called “micro winery’s” secret.

“The device has a main channel through which the grape juice winds its way. The yeast is placed in adjacent compartments and feeds into the main channel through a very thin [film] with holes called nanopores. It’s almost as if they were in little tea bags,” according to the EPFL press release. The small compartments mean the fermentation process can happen relatively quickly, so winemakers can whip up a couple of batches made from different yeasts or at different temperatures to make the best wine.

This isn’t the first we’ve heard of lab-made wine this summer; just last month, we looked at Replica Winery and Ava Winery, two companies trying to disrupt the wine industry by engineering wine flavors or removing the grapes altogether. Attinger’s micro winery isn’t quick enough to make a full glass by the end of the workday, and is more of a research tool.

Attinger cites climate change as a driver for the machine. “Climate change is having an impact on the quality of grape crops around the world,” he said in the press release.

French wine grapes are maturing earlier; a recent study showed that while early harvests used be associated with drought years, thanks to climate change, the harvests are earlier even in years without drought. That’s not necessarily a bad thing, since the best wines typically come from warmer-than-average summers with lots of rainfall, according to NASA’s story about the paper. But a system like Attinger’s might help winemakers change their practices as the climate changes.