Watch A Dinosaur Fly In A Wind Tunnel

A five-winged dinosaur model in a wind tunnel helps scientists understand the origins of flight. 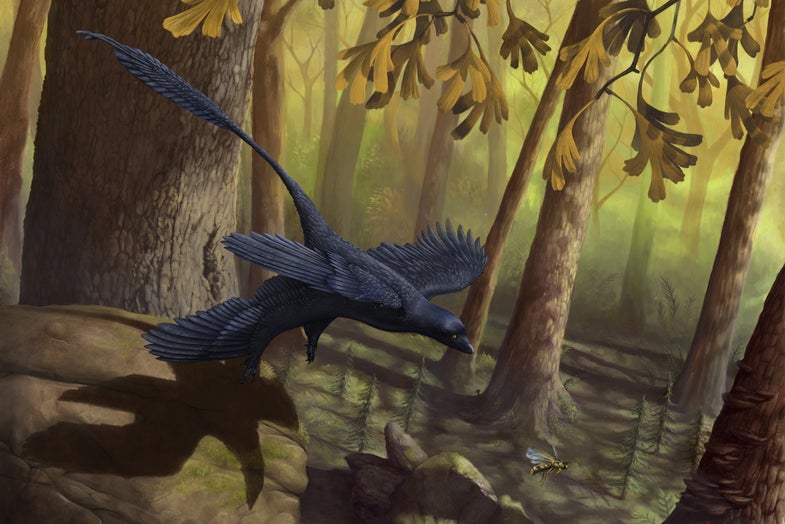 The 3-foot-long Microraptor, one of the smallest dinosaurs in the fossil record, had feathers on its arms, legs and tail. Its odd-looking five-wing gliding setup provides clues to the earliest evolution of flight, according to a new study in Nature Communications. Dinosaur In The Wind

To figure out how exactly Microraptor might have flown, a team of scientists from the University of Southampton in the UK designed an anatomically accurate model and tested its abilities for stability and speed in a wind tunnel. The early Cretaceous dinosaur was a paravian–a classification of dinosaurs that were closer to birds than species like the T. Rex. 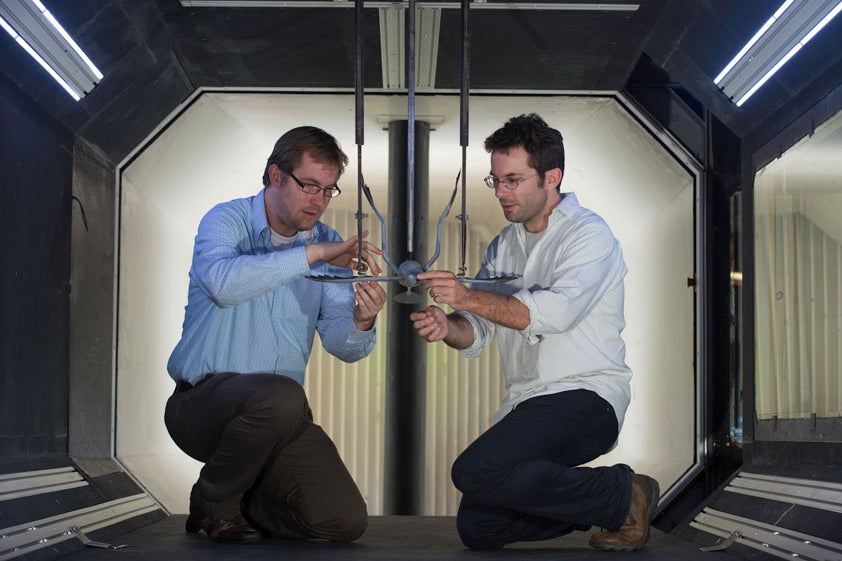 Studying The Evolution Of Flight

In the wind tunnel, the blue 3-D model of a Microraptor showed that the dinosaur probably would have flown down from the trees and glided slowly across medium distances. The dinosaur would have been most stable by generating a great deal of lift with its wings, but the exact positioning and angles of the wings, which haven’t been determined, didn’t make much of a difference–small changes in the shape and orientation of the wings and legs didn’t change how well the model flew. The researchers write that this suggests early fliers like Microraptor “did not require a sophisticated, ‘modern’ wing morphology to undertake effective glides.”

See part of the wind tunnel test in the video below:

The study is published in Nature Communications today.